Toledo is known as the city of the three cultures, a sign of coexistence of Christians, Jews, and Arabs. But also a destination where you can lose yourself on any weekend. You can even go in the same day if you travel from Madrid or a nearby point from the center of Spain. We can highlight countless things about Toledo, because within its walls we enjoy a spectacular sample of the history of Spanish art . Romans, Visigoths, Muslims, Jews, Christians … a large part of the history of Spain has passed through Toledo, they left their indelible mark on this city. That is why it is declared a World Heritage Site. 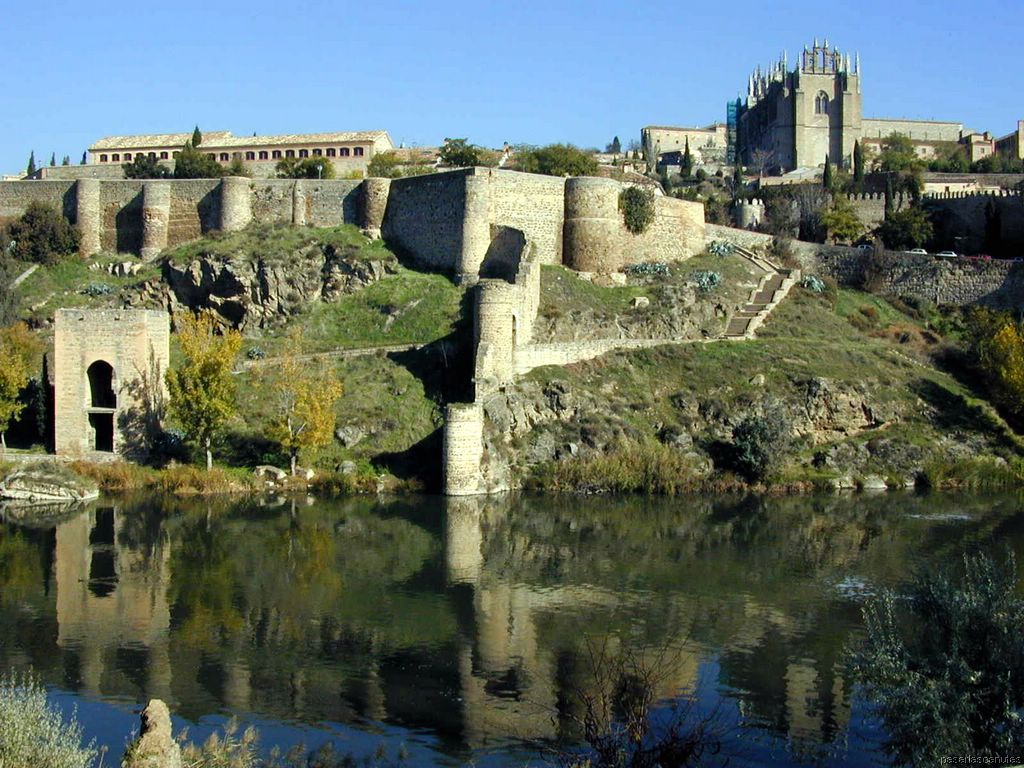 We find monuments in almost every corner of the city, although the most visited are the Cathedral, the Puerta de Bisagra, the Alcázar, the Monastery of San Juan de los Reyes, the Synagogues of Santa María la Blanca and that of Tránsito, the Mosque of the Cristo de la Luz and the Museo del Lienzo del Entierro del Señor de Orgaz. In addition, to this cultural wealth, Toledo has the charm of its labyrinthine streets, the views from the Cigarrales (country houses on the banks of the Tagus), the recovered convents and the city’s nightlife. Without forgetting its Roman baths, the Arab and Jewish baths, which show the signs of a past of coexistence. 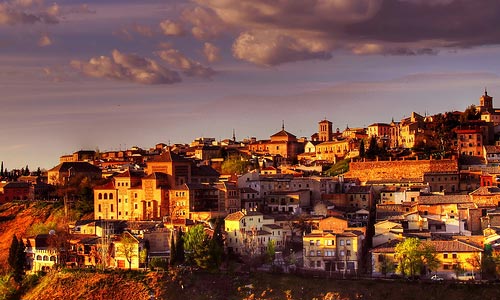 The Plaza de Zocodover we could say that it is the nerve center of the city, since it has witnessed all times, a place of reference both for tourists who are lucky enough to go and for people from Toledo. The square was used as a defense of the wall with the Romans and a beast market with the Arabs. Bullfights, executions of the Inquisition and jousts of all kinds have also been held there. In its surroundings it is worth taking a walk through the narrow but charming streets , the squares and gardens outside the traditional tourist routes are wonderful. 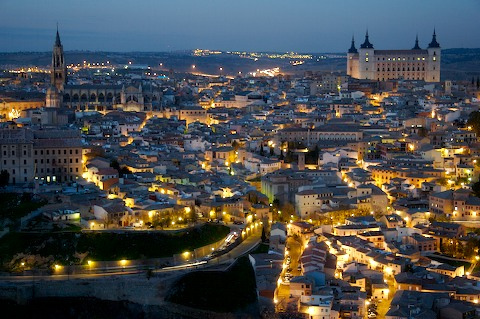 The works of goldsmithing and jewelery kept in its cloister, the Puerta del Reloj or the three façades of the main façade (Puerta del Perdón, de la Torre and del Escribano) and the Puerta de los Leones, deserve to be named. Next to the cathedral is the Town Hall building that evokes Italian classicism due to its perfect symmetry and the use of Tuscan columns. The Alcázar of Toledo is also one of the symbols of the city and current headquarters of the National Army Museum. Finally, the Catedral Primada stands out for finding the trace of all artistic styles: Gothic structure, plasterwork and Arabic-style ceilings, the Baroque in its Transparent or the neoclassical in the Puerta Llana, in addition to the beautiful stained glass windows and the rosettes.