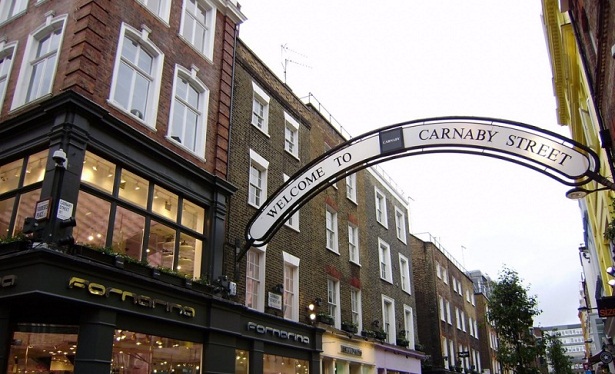 The Soho neighborhood is one of the most visited by tourists who come to London , as it is very bohemian, charming and special, in addition to being located in the heart of the city, very close to major tourist attractions. Soho includes streets as important in London life as Oxford Street, Regent Street, Charing Cross Road or Shaftesbury Avenue, which also form the most cosmopolitan area of ​​the city and where you can find the largest number of luxury shops, in addition to the famous Ritz Hotel. , where almost all celebrities stay when they are in the city.

Over the years, Soho gradually became what it is now, a neighborhood where you can see the influence of French, Germans, Italians, Russians, Jews, Greeks, Asians … a whole mixture of cultures and arts that soon became this neighborhood the most famous and visited in the city. So much so, that the main television, magazine and fashion companies have offices there to be able to be in the nerve center of everything that is going on in London.

The animation that there is during the day does not stop at night, so if you want to party and fun, it is also a good place to go to go to any of the many places that offer entertainment at night in Soho, like the typical ones English pubs, a comedy club, several theaters, cinemas, bars with live music every day … a busy nightlife totally recommended if you want to see the best of London’s nightlife without having to travel the entire city.

With Picadilly Circus as a meeting point, many religious groups also visit Soho to go to some of its famous temples, such as the Church of Saint Patrick or the Church of Saint Anne. There is even a Hare Krishna temple and a small mosque. As you can see, in Soho you can find a whole world in just a couple of blocks of streets.

📖  Five tips on what not to do in London