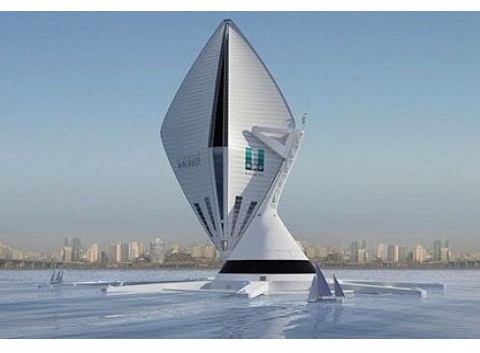 It is still a project but, if it becomes a reality, you can start preparing your pocket for a luxury trip on a "boat" that you would never have imagined. The London-based company Seymourpowell has designed a fascinating hotel-ship on which long-term voyages can be made for a rumored high price.

They prefer to call their creation a cruise ship that includes a large floating hotel. The “ship of the clouds” has been renamed Aircruise and will be able to provide its passengers with a true dream trip. In terms of speed, the company has made it clear that the plans it has for its ship is to be able to travel between London and New York in a total of 37 hours. The longest trips will be, for example, those between Los Angeles and Shanghai that will take about 4 days. 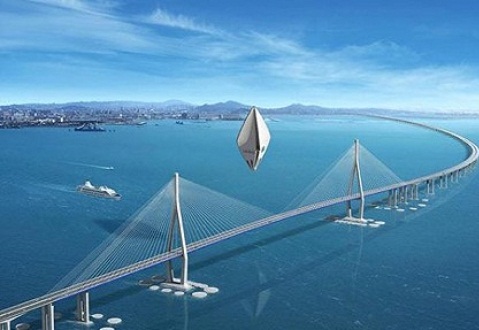 Whether or not the journeys are long, travelers will be able to enjoy the greatest comforts during their “ cruise ”. The ship will consist of four duplex apartments , five smaller apartments and a larger one located in the part called the attic. Among the common areas you can find a bar and a large lounge.

The Aircruise will also be able to show the seabed to its passengers , since the lower part is made up of large glass panels that will allow a great show to be viewed. In addition to attracting attention for its shape, this boat is characterized by its environmental benefits. It will work through the use of solar energy, special hydrogen-based technology and a special fuel that does not pollute anything.

📖  The favorite destinations of the famous