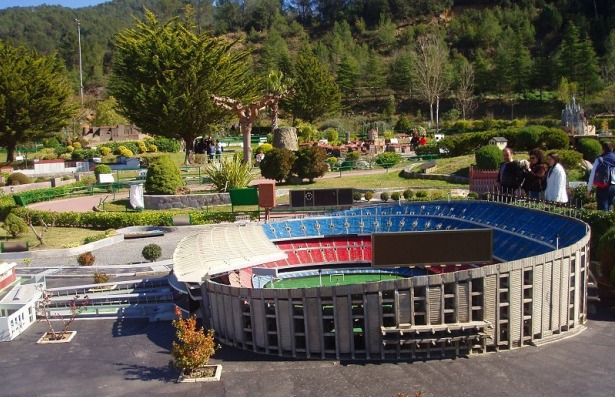 Catalonia in miniature is one of those fascinating and very special museums, not only because of its theme but also because it is outdoors. Inaugurated in 1983, it is the largest miniature tourist complex in the world and one of the two in Spain, since on the island of Tenerife there is one called Pueblo Chico. Its objective is that everyone can see in this place all the monuments, buildings and the most important works of the Community, as well as being a sample that can show the cultural, folkloric and costumbrist reality of all its peoples.

A small world to discover a large Community and where each model is strategically placed based on the regional planning of Catalonia, which is made up of 41 regions. The most representative monuments of all of them are part of this park, so it is the ideal option if you cannot visit the most important cities since this way you can do it in just a few hours and feeling like a giant in front of all of them, which are a total 170 and where emblematic places such as Casa Milá (La Pedrera), Camp Nou or La Sagrada Familia appear .

It is in Torrelles de Llobregat , 11 kilometers from Barcelona , and from there you can take one of the buses of the Sole i Sauret transport company that leaves from Calle Riera Blanca (the part that is on the corner of Travessera de les Corts. It opens all year round and on Sundays and holidays, in addition to being able to see the models, there are clown festivals. It takes about an hour and a half to see the entire exhibition, depending on what you entertain yourself in each model and the people there. What you can be sure of is that the children will have a great time seeing that they are larger than many monuments that they have seen on TV a lot of times.

📖  The most dangerous cities in the world