The route of the “castles of freedom”, as many have called them, runs through the important monumental remains of the Cathars (12th and 13th centuries), which today are almost considered a myth. A tour of two or three days by car, will show us a great part of these relics of the past in the cozy Occitan lands.

Once past the border, the entire Cathar route is perfectly signposted and indicated and the route can be done from Foix to Perpignan as well as from Perpignan to Foix. 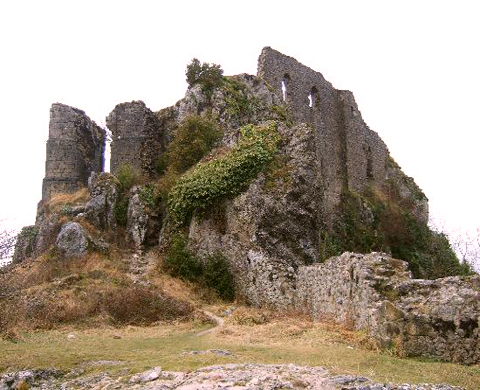 If we take the city of Foix as our starting point, the next town we come across is Lavelanet and access to the castle is from there. Only a few stones remain, although the panoramic view is splendid. 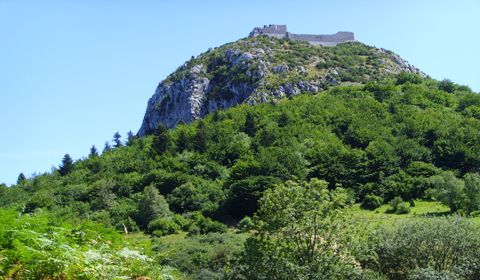 It is the most famous of all for being testimony of the death of 225 Cathars who died at the stake for not renouncing their faith in 1244. The road to the castle starts from the Prado de los Quemados, where a tombstone is located in honor these men. From there, the ascent to the castle is one of the hardest, but the views are worth the effort.

📖  The most beautiful castles in France

Easily accessible, as it is located at the foot of the road, its construction makes clear the purpose for which it was built. Unlike the rest, this castle was a place of leisure where horse tournaments were held, and a meeting point for minstrels and troubadours. 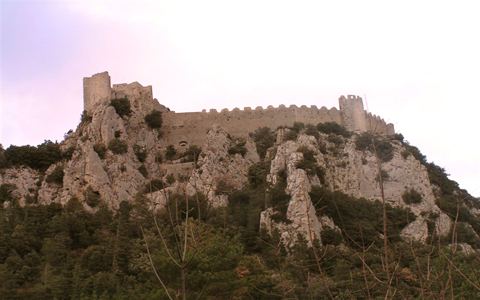 It is accessed from Lapradelle and was one of the most important sites of the Cathar resistance. The ascent path is quite hard but it allows you to get to know the native flora and get an idea of ​​the complex defensive system that characterized it. 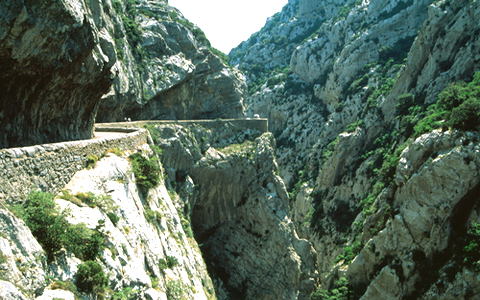 Before reaching the next stop, Saint Paul de Fenouillet shows us its spectacular Gorgues de Galamus, a narrow passage between mountains where the river runs. 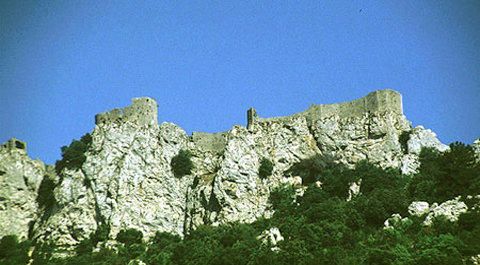 It is a spectacular military work from the 12th century, perfectly camouflaged with the mountain. Its extension reaches 300 meters in length and access is through a narrow path through forests that starts from the car park. 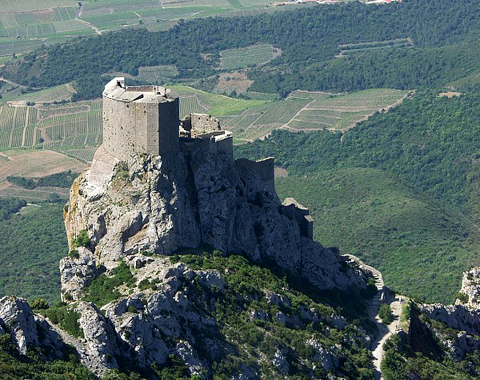 With a spectacular location, at an altitude of 728 meters, and very close to the castle of Peyrepertuse, it was the last Cathar stronghold that fell into the hands of the king (1255). It is a true “nest of eagles”. 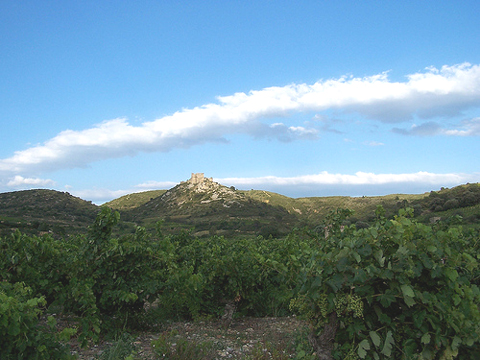 Aguilar Castle
Construction of the twelfth century, which can be accessed from the town of Tuchan, and even to the foot of the castle itself, by car. The most interesting part of its structure is the double outer wall with six circular towers, since there are hardly any remains of the inner part. Another attraction offered by your visit is the unbeatable view over the Corberes vineyards.

About 5 kilometers away, in the town of Tautavel, we can visit the museum with the prehistoric remains of the first settlers in the area, about 400,000 years ago.