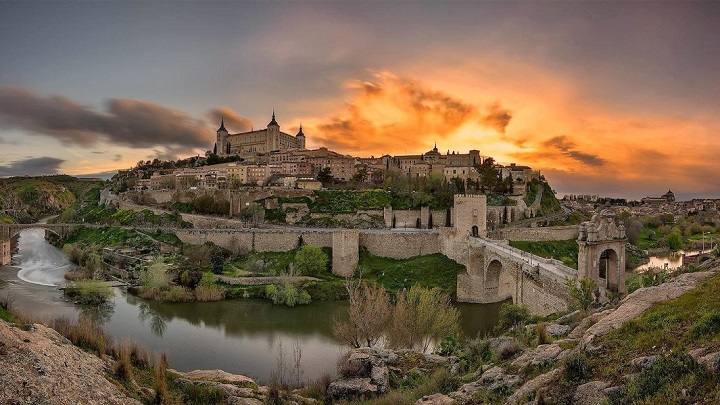 Summer is coming to an end, but for the rest of the year you will surely find a place to visit one of the most beautiful cities in Spain. We are referring to Toledo , capital of the homonymous province and of the Community of Castilla-La Mancha, which has a lot to offer the traveler. And it is that, located 520 meters above sea level, it houses an important historical and cultural heritage. In addition, here you can enjoy incredible views, of temples of different religions, know the universal painting of El Greco and enjoy an exquisite gastronomy.

Today at Vuela Viajes we move to Toledo to discover those places that you must visit yes or yes if you have the opportunity to travel to this city. Can you come with us? 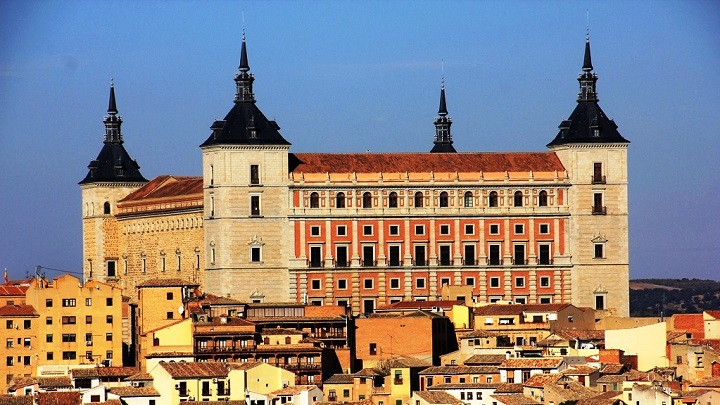 How could it be otherwise, let’s start by talking about the Alcázar of Toledo, a fortification located on the highest hill in the city. Although the current building was ordered to be built by Carlos V, since Roman times an elevated castle already existed in this place. Today it houses the Army Museum and the library of Castilla-La Mancha. 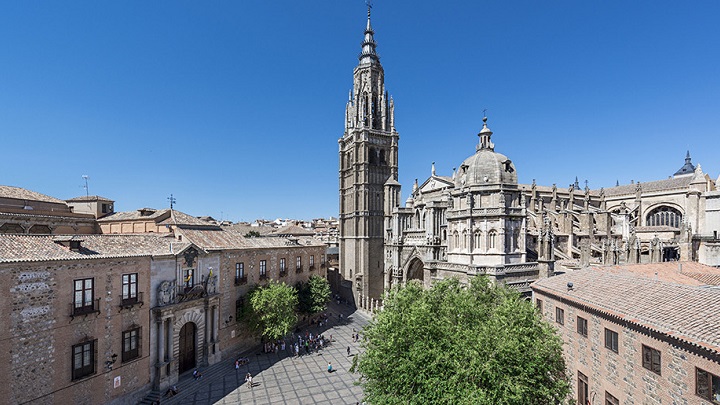 We also want to tell you about the Cathedral of Santa María de Toledo, also called the Primate Cathedral of Spain. Built in the 13th century on an Arab mosque , for some it is the great opera of the Gothic style in our country. 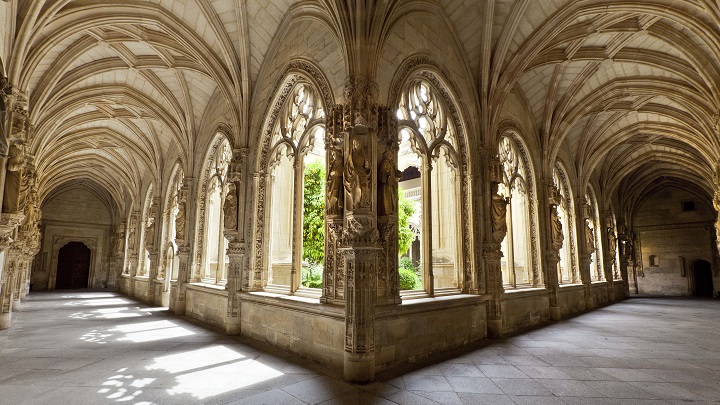 We continue our tour of Toledo talking to you about another religious building: the Monastery of San Juan de los Reyes. It was the place chosen by the Catholic Monarchs to be buried . In addition, it is important to note that it is a unique example of Castilian Gothic. 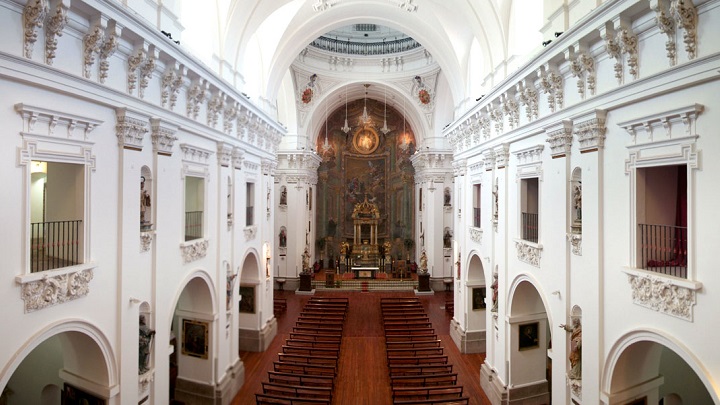 Beyond the cathedral and the monastery, Toledo is home to other religious temples that are worth visiting. Thus, we recommend a visit to the Church of the Jesuits, from where you can enjoy magnificent views; the Church of Santo Tomé, where "The Burial of the Count of Orgaz", one of El Greco’s masterpieces, rests; the Church of El Salvador, which preserves Arab and Visigoth remains; the Mosque of Cristo de la Luz, which was converted into a church at the end of the 12th century; the Tránsito Synagogue, which houses the Sephardic Museum; and the Synagogue of Santa María la Blanca, in the Mudejar style. 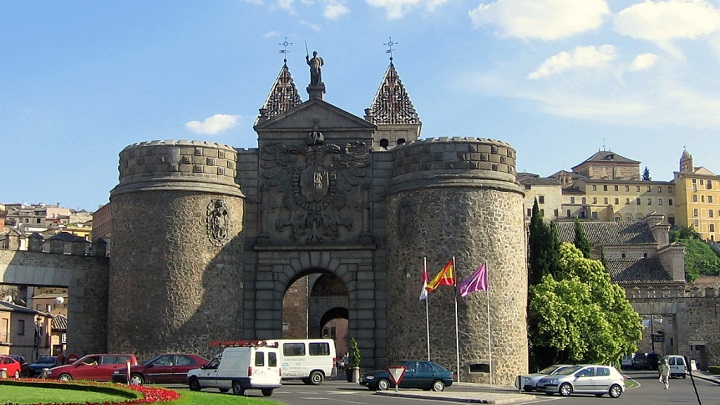 Another place in Toledo that is worth visiting is the Puerta de Bisagra, a monumental door that, although it is of Muslim origin, was completely rebuilt under the reigns of Carlos V and Felipe II. 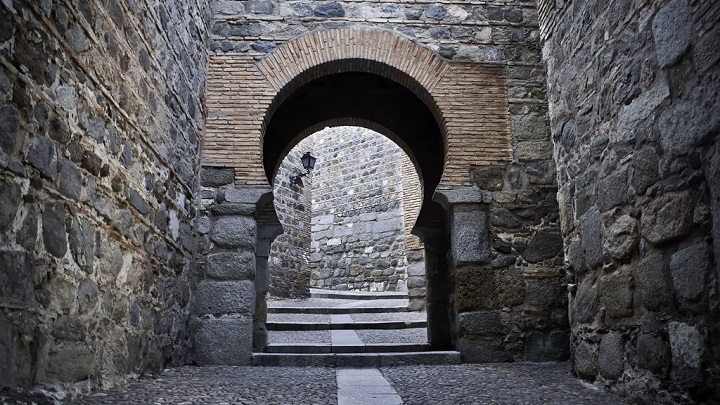 Of course, we also have to talk about the Jewish Quarter, a neighborhood born in the 10th century that throughout its history has gone through times of splendor and decadence, and of coexistence and persecution . Here you will find some of the buildings that we have told you about so far. 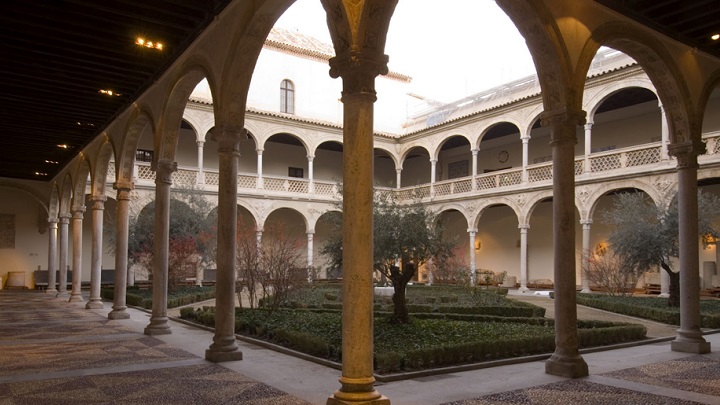 How could it be otherwise, Toledo also houses interesting museums. One of them is the El Greco House Museum, which is located very close to the place where the Cretan artist lived, although his real house was destroyed by fire. We also recommend a visit to the Museum of the Councils, which is located in the Church of San Román; and the Museo de Santa Cruz, a 16th century building that had been an important hospital. 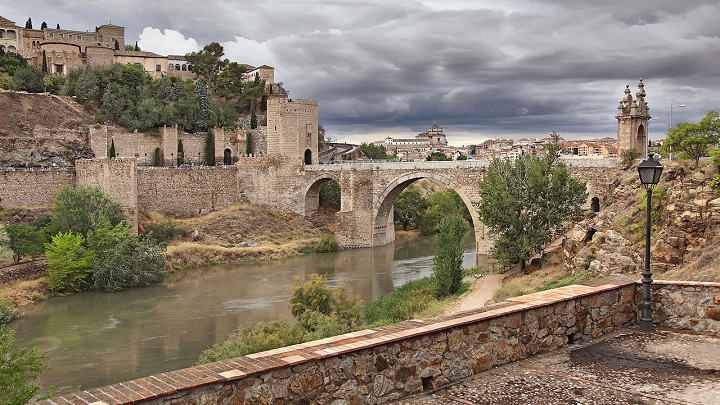 We also want to tell you about the two most important bridges in the city: Alcántara, a stone bridge at the foot of Castillo San Servando; and that of San Martín, located at the opposite end , which is of medieval origin.

Viewpoint of the valley 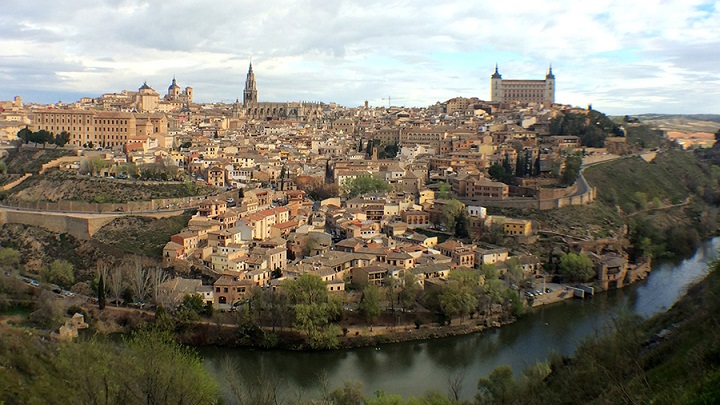 Finally, we want to talk to you about the Mirador del Valle, which is located to the south of the city. From here you can get the best views of Toledo and take the most amazing photographs.