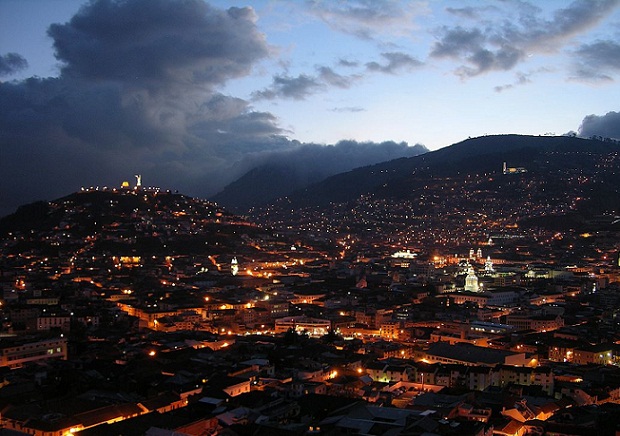 Quito has long since been named a World Heritage City by UNESCO. Reasons are not lacking: it is one of the best preserved colonial cities in America, with cobbled squares and cathedrals decorated with great majesty. The capital of Ecuador is impressive no matter where you look at it. Its central plaza sits 2,850 m (9,350 ft) above sea level, and is the second highest capital nationwide and a place where tourists gasp without the need to play sports.

For this reason, if you are going to visit the area, it is best to slow down your pace and not speed up too much so as not to suffer any unpleasant scares. The historic part of the city, the old town, is the area where most of the attractions are located. It is a relatively poor and scruffy neighborhood but with great charm. Wandering you will find a nice mix of colors with the Ecuadorian natives and their multicolored ponchos, which create a nice visual effect in front of the pretty white colonial buildings. 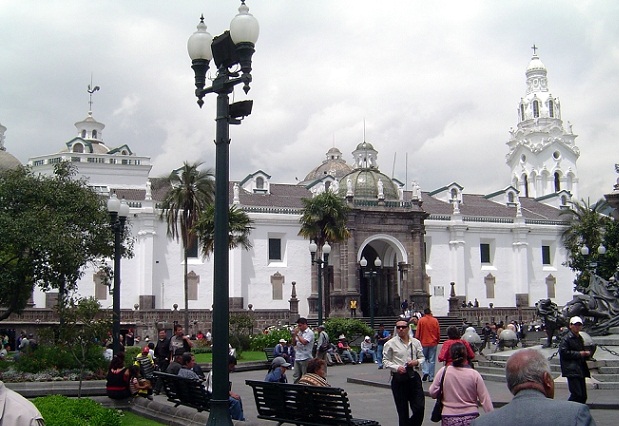 Beyond the neo-Gothic tower of the Basilica del Voto Nacional is the Mariscal district, with its backpacker hostels and bars and restaurants. The modern and orderly New City begins to spread to the north. Its most fascinating sight is the Guapolo Valley, which is flanked by high-rise hotels and marvelous villas, including that of the renowned painter, Oswaldo Guayasamín.

To get to know the indigenous peoples well, it is worth visiting the weekly market of the town of Saquisilí, located in Panamericana, near the colonial city of Latacunga. Saquisilí is also the starting point to visit the so-called Quilotoa loop, a route that passes through a series of high-altitude indigenous villages and where the Quilotoa volcano is also located.