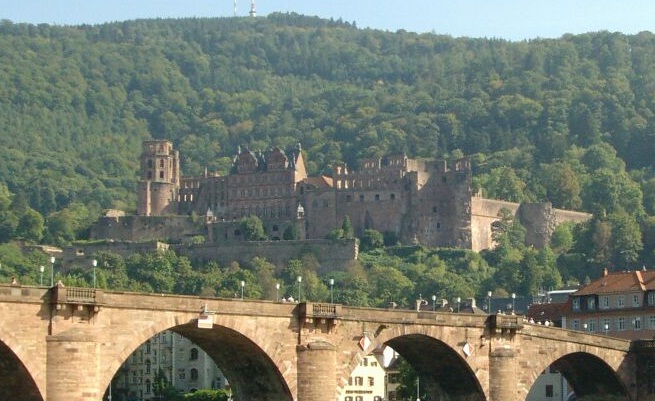 I have already told you on occasion that I love castles, and it is that I believe that in past lives surely I had to live in medieval times and that I had a relationship with them since otherwise I would not understand such passion. Looking around, I have come to a castle in Germany that seems spectacular to me, Heidelberg Castle , which is in the city of the same name and which is the symbol of German romanticism of the time and one of the must-sees if you are going to be in the city. city ​​or surroundings.

More than 20 museums and a very inspiring castle

In Heidleberg there is a great cultural movement thanks to its more than 20 museums and open-air exhibitions that you can enjoy practically every day of the year, such as the University Museum or the Wine Museum, although if you want to discover some of the best works art of the world you must stop by the Dreisparten-Theater. But let’s save the culture in Heidelberg for another time as today I would like to focus on its imposing castle.

In Heidelberg Castle, many artists have been inspired by painting or poetry to give life to a large part of their works. It is located on the Königsstugh mountain and is one of the most famous castles in Germany despite the fact that part of it is in ruins, something that perhaps makes it more beautiful. The French destroyed it in the seventeenth century and since then only a part has been rebuilt, being very beautiful as half of it has been demolished.

With spectacular gardens , this castle has a lot of life throughout the year thanks to the great diversity of cultural festivals that are held in its facilities and that can range from an art exhibition to a concert or various creative workshops. From there you can enjoy the best views of the city, including, among others, the historic center and the Neckar river, one of the most beautiful in Germany.

📖  Travel to the German Alps