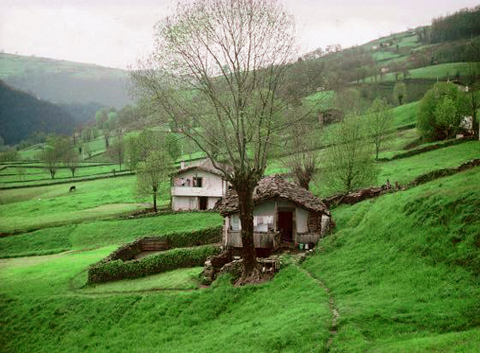 Along the Pas and Miera rivers, limiting to the north with Santander and to the south with the province of Burgos , the most characteristic area of Cantabria is located : the Pasiegos valleys . These represent, like no other region, the link between its inhabitants (the Pasiegos) and the land they own. In the course of the river Pas, the towns of Vega de Pas and San Pedro del Romeral stand out, and in that of the river Miera, San Roque de Riomiera: these are known as the three pasiegas villas.

The river Pas leads us to Puente Viesgo , where the first vestiges of a prehistoric culture are located, in the caves of Monte Castillo . It is an exceptional set of rock art, where there is also a large spa. 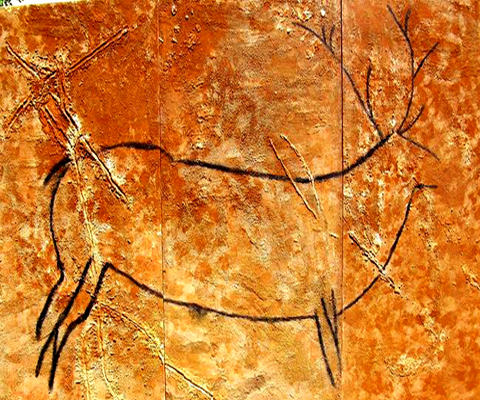 More than 150,000 years ago, between the Paleolithic and the Bronze Age , man inhabited this area, as the caves of Monte Castillo testify. Later, the Romans also left their mark on Campo Las Cercas, an archaeological site that shows the remains of the military camp, settled in the area, on the occasion of the Cantabrian Wars.

In the High Middle Ages , this town constituted a strategic surveillance point for the Toranzo and Piélagos valleys, as it was a place of passage towards the Castilian Plateau. The importance of this territory, as well as the names of rivers and localities, are collected in documents dating from the year 1000.

📖  All-terrain routes to do by bike 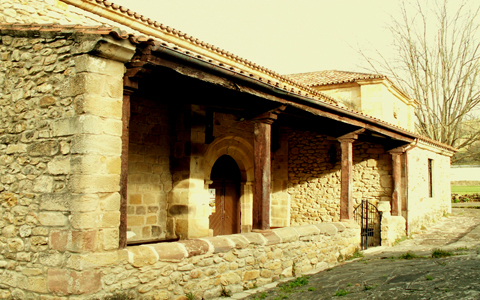 Villasevil belongs to the municipality of Santiturde de Toranzo. Its church of Santa Cecilia , declared a Site of Cultural Interest, is a beautiful representation of the Romanesque. It dates from the end of the 12th century , although with later reforms, and in it the union between Prince Juan, son of the Catholic Monarchs, and Margaret of Austria (1,497) took place. The collegiate church of Santa Cruz de Castañeda is another beautiful legacy of Romanesque art in the area.

The Cabárceno Nature Park has become in recent years one of the major tourist attractions in Cantabria. Located in the Pas-Miera region and 15 km. from Santander, the town of Cabárceno opens the way to a spectacular geological landscape of karst (from the German, limestone plateau), transformed into an extensive zoological park. This park, in turn, is part of a larger protected area : the Peña Cabarga Natural Park , which is 26 square kilometers long and encompasses the entire mountainous massif that dominates the Bay of Santander.

📖  Bars with free tapas in Barcelona 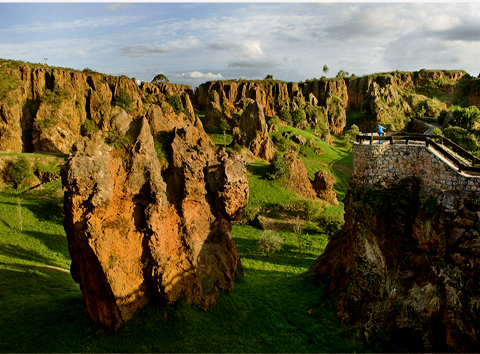 Within it, the Cabárceno Park can be visited easily and comfortably as it has an extensive network of asphalt tracks that allow it to be traveled by car. From the geomorphological point of view, the park presents an original and interesting aspect: the limestone rocks that form it are the result of a process of karst dissolution or decomposition and disintegration of the rock by the intervention of biological and atmospheric agents. 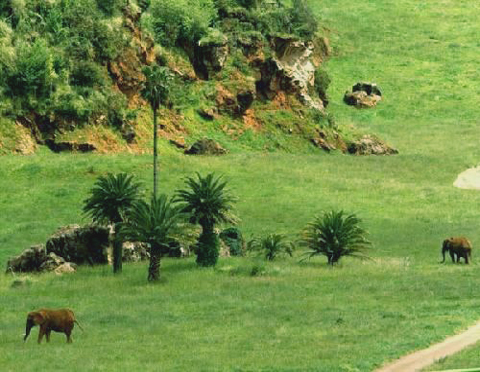 Another of the most important characteristics of this park is that it also constitutes a great fauna reserve . There is a complete and varied representation of native animals: wolves, deer, bears, wild boar, roe deer, chamois … Although, without a doubt, the exotic fauna is the main protagonist of the park. In it you can see tigers, elephants, lions, hippos, hyenas, giraffes, ostriches, zebras, camels, kangaroos, llamas, antelopes, rhinos, monkeys, dromedaries….