Not all hotels are the same. And, although sometimes, you want to spend a vacation with your backpack on your shoulder and sleeping in cheaper places, from time to time you also like to indulge yourself. In fact, who more and who he has less dreamed of a time when staying in hotels where famous actors, singers, athletes … are obviously luxury hotel accommodation staying who are not at the reach of everyone. Regardless of whether you can afford it or not, here we make a list with some hotel proposals in the North of Spain that are well worth a visit because their facades and their surroundings are a real wonder .

In the northern area of ​​Spain we find some authentic "hotels" such as the Parador Hostal Dos Reis Catolicos , in Santiago de Compostela, which is located next to the cathedral .

This parador is a 15th century building of which many original architectural elements such as vaulted ceilings , tapestries or stone arches have been preserved. If you climb the stone stairs, you reach the rooms and you can see some of its centuries-old cloisters.

Another option is the Hotel María Cristina , which is in San Sebastián. This accommodation stands out for being a Belle Époque-inspired building. In it, the main members of the 20th century aristocracy , as well as Hollywood stars , have spent the summer. 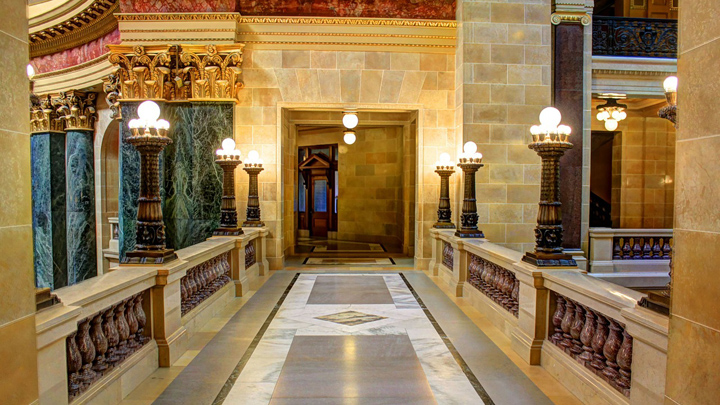 It is a hotel that stands out above all silk brocades, chandeliers and decorated columns and portraits of the nineteenth century.

The Hotel Real is one of the great wonders of Northern Spain. Its location at the top of a hill , makes it to be in an unparalleled environment from which you can see the Playa de los Peligros .

The hotel also draws attention for its architecture, since its facade , all in white , is truly spectacular. In addition, now, with the recent renovation, it has a thalassotherapy center.