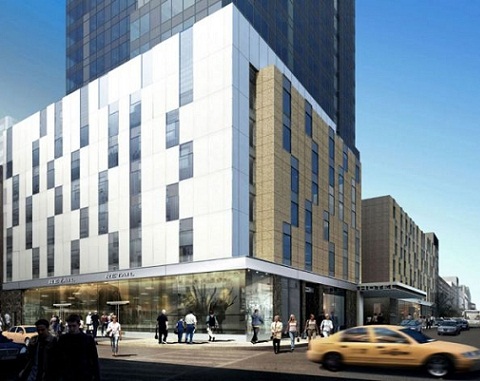 The InterContinental hotel chain opened the doors of its long-awaited hotel in New York, on July 12. The building is located in the heart of Manhattan and is the latest of the company’s openings of a series of hotels that want to open throughout the country. The company has confirmed that it is one of its largest hotels , consisting of a total of 607 rooms and that it is one of the most environmentally friendly in the city.

The hotel has already received the LEED green building certification from the US Green Building Council. The building consists of a total of 36 floors, and is enclosed in glass allowing the rooms to offer stunning views of the city from almost every angle, including views of Times Square, Broadway, the Hudson River and the skyline of New York . The most special suites measure a total of 250 square meters. This is the Presidential and consists of three bedrooms, a fireplace and a separate bathroom.

📖  The best all-inclusive hotels in Spain

For everyone else, the hotel has 42-inch high-definition televisions in the rooms , a work area with a touch-screen computer and free Wi-Fi. In the bathroom, you will find a spa-like cabin where you can relax. The culinary experience is provided by the on-site restaurant , Ça Va.

📖  Casinos that you cannot miss