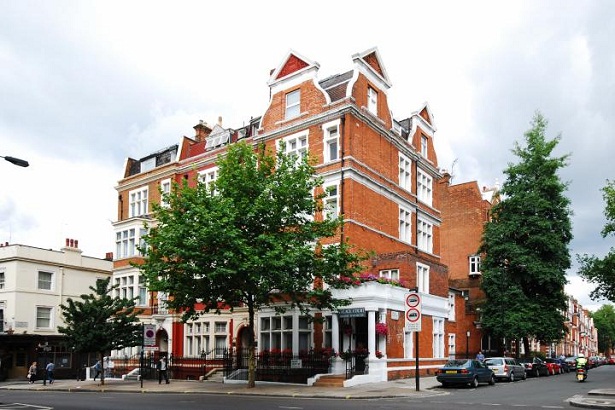 When I went to live in London a few years ago, the first place I wanted to visit was Notting Hill , and all thanks to the movie of the same name starring Julia Roberts and Hugh Grant . It was to set foot in that neighborhood and I fell in love. Those streets and those typical English houses, it seemed that I had been there all my life. Of course, if you are a fan of the film, you can visit all the corners of the film that are in the neighborhood: William’s house (the famous blue door is now black), the travel book shop ( The travel book shop ) which also he has newspaper clippings on a board from when the movie was shot, although it wasn’t there if it’s an exact copy and several other places like the corner where they stumble or the tattoo shop.

Notting Hill is also one of the neighborhoods with the most Spanish, and there live Madonna and Stella McCartney , daughter of the ex- Beatle , among many other celebrities. There is so much Spanish, that there is even a supermarket run by Spaniards and that only sell Spanish products, although it is more to indulge yourself once a month if you live there than to do the shopping, because the prices are very high. On Saturdays they have a market that is amazing, Portobello Market , which runs from early in the morning until late afternoon, and is all over the main street (Portobello Road) and along some adjoining streets.

📖  Drogo Castle, the most modern castle in England

The other most important attraction of Notting Hill is its famous carnival, which takes place in August and where thousands of people parade through its streets as if it were Rio de Janeiro or Tenerife. The neighborhood is located in the western part of the city and is close to the northwest corner of Hyde Park . If you are going to visit London , write down on your map Notting Hill because it is one of the places that you cannot miss.