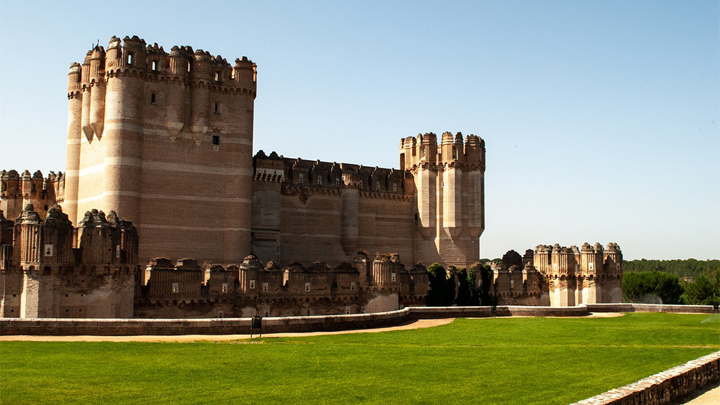 Spain is a country very rich in culture and artistic and historical heritage. And, among those attractions, are the castles . Each of them is a piece of the country’s history, but they also have a lot of charm to be visited and discover how it was lived in those years. They are authentic wonders of which, fortunately, Spain is full. Here we make some proposals that can be taken into account for this summer and spend a true king’s vacation .

In the northern area of ​​Spain we find, for example, the Olite Castle in Navarra, which dates from the 13th and 14th centuries, a period in which it was the seat of the Court of the Kingdom of Navarra. This castle, considered one of the most beautiful in Europe, stands out for its towers, as well as for the noble rooms and rooms that can be enjoyed because it is currently a national parador.

More in the central area of ​​Spain we find other wonders such as the Castillo de Belmonte in Cuenca, which maintains its appearance. Not surprisingly, it is an ideal environment in which numerous period films have been shot, such as ‘Juana La Loca’ or ‘The gentlemen of steel’.

Already in Segovia is the Coca Castle of Gothic-Mudejar architecture, which is listed as a National Monument. During the visit, do not forget to observe their defensive system.

📖  Battery of Castillitos, a military fortress in Cartagena

In Madrid, the route takes us to the Castle of Manzanares del Real , which was ordered to be built by the Mendoza family. It dates from the 15th century and is an authentic architectural work with many nuances. Apart in its environment is the Sierra de Guadarrama.

The tour also takes us to the Peñafiel Castle , in Valladolid, which is characterized by its layout, which simulates the bow of a ship, which has earned it its recognition as one of the greatest works of medieval architecture.

In León the Ponferrada Castle is located, which is located on a hill that is at the confluence of the Boeza and Sil rivers. This fortification, which was built by the Order of the Temple, has undergone some adaptations and modifications over the years, it was even used as a quarry in the 19th century. Fortunately, more losses can be avoided with its declaration as a National Monument in 1923.

And, finally, in this area, you cannot miss the Alcázar de Segovia , which was one of the most renowned palaces in the Middle Ages. Rooms such as the Throne or the Galera stand out. Its appearance is very idyllic. There is even talk, although it is not proven, that Walt Disney himself was inspired by its walls to recreate it in the play ‘Cinderella’. And it is not for less because it was one of the most select castles of medieval times.

📖  The Algar Fountains in Valencia

In the South of Spain there are also great architectural works. The proposal goes through the Castle of Almodóvar del Río , in Córdoba. This 8th century Roman fortress is one of the best preserved. During your tour, you can enjoy dramatized visits.

And, in Almería, is the Vélez-Blanco Castle , which stands out for its old Islamic fortress from which control of the town could be exercised. The pity is that it is not completely well preserved and has lost some charms due to neglect. In addition, its Patio de Honor, which was one of its main jewels and one of those from the Renaissance era, was sold and can be seen today at the MET in New York.

The Spanish islands are also home to castles such as the Bellver Castle in Palma de Mallorca, which is characterized by being a circular fortification with four round towers.