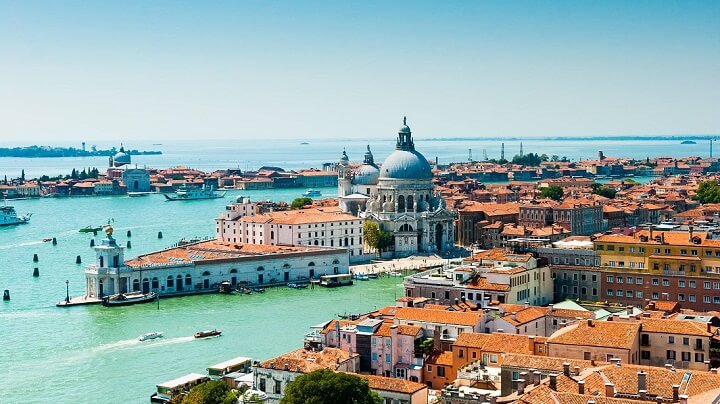 That Italy is one of the most visited countries in Europe is no accident. Its people are charming, its gastronomy falls in love with anyone and there are many cities that are worth visiting. The most beautiful, in my humble opinion, are the ones I mention below.

If you are looking to visit towns instead of cities, I recommend you take a look at our article about the most beautiful towns in Italy . 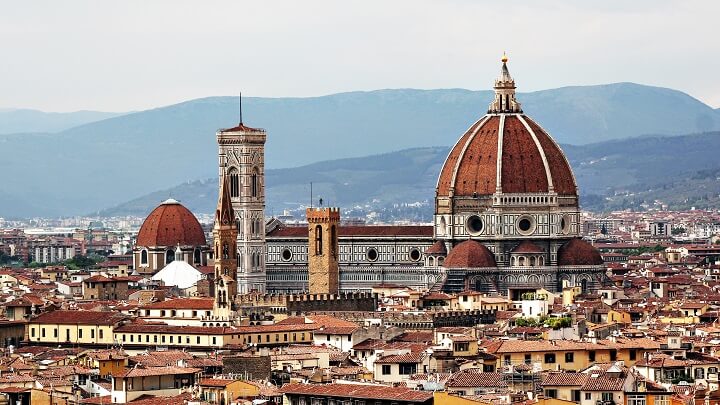 That it is not the best known in the world does not mean that it cannot be the most beautiful. Florence is one of those places that you have to visit at least once in your life, since it was the cradle of the Italian Renaissance and its architecture will not leave you indifferent. The dome of the Cathedral of Santa María del Fiore is a good example of this, but it is not the only one. You should also visit the Uffizi Gallery, the Ponte Vecchio or the Palazzo Vecchio. 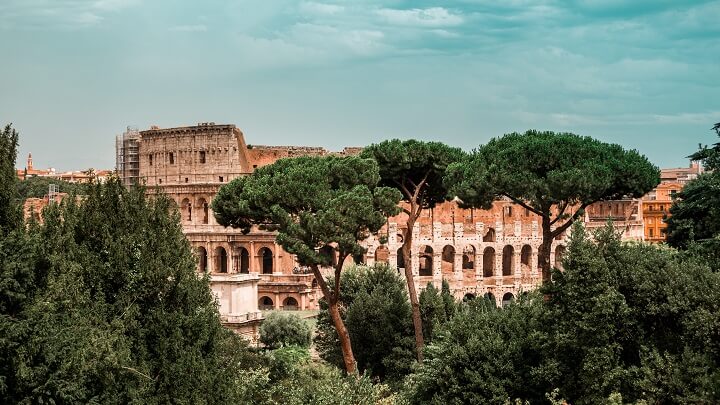 The capital of Italy dazzles day and night. There are countless things to visit, such as the Colosseum, St. Peter’s Basilica, the Trevi Fountain , the Roman Forum, the Pantheon of Agrippa … It is a city with a lot of history that not only lives from the past and its monuments , as it offers multiple leisure options to make the most of the day. In fact, you can even make romantic plans. 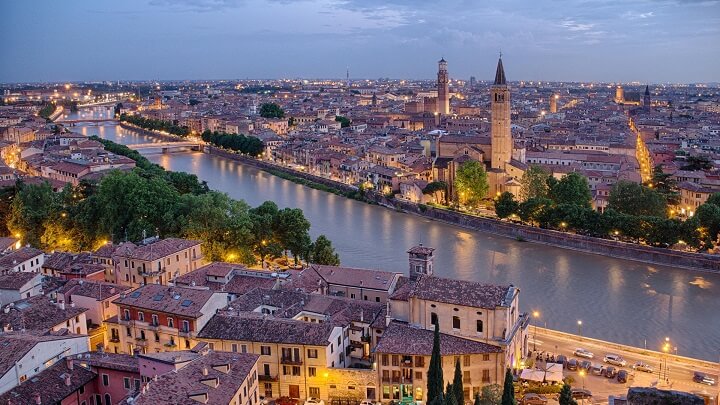 Something must influence that it is the city of Romeo and Juliet . Verona invites you to see Juliet’s house, but also its magnificent arena amphitheater, where you can enjoy an opera, or its busy shopping area located on Via Mazzini. There are squares as beautiful as delle Erbe, Bra or dei Signori, and it also has a Gothic castle called Castelvecchio (Old Castle).

It is one of the essentials in Tuscany. It is a marvel of medieval times that preserves in very good condition most of the buildings that were erected at that time. I am referring to the Palazzo Pubblico or the Torre del Mangia, which is the second tallest medieval tower in the whole country. There you can also witness the most famous horse race in the world. It is called El Palio and it is celebrated in Piazza del Campo on July 2 and August 16. 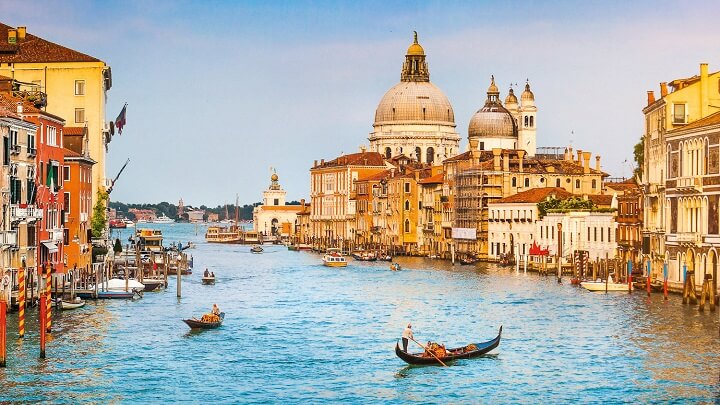 The city of canals is one of the most romantic on the planet, despite the fact that when the tide rises, certain parts of the city are flooded and that dose of romance that many tourists seek is lost. St. Mark’s Square is the most visited place, although you should also be seen by the Basilica of San Marcos , the Doge’s Palace in Venice or some of its bridges, such as the Bridge of Sighs or the Rialto Bridge.

Recommended article: A day in Venice. 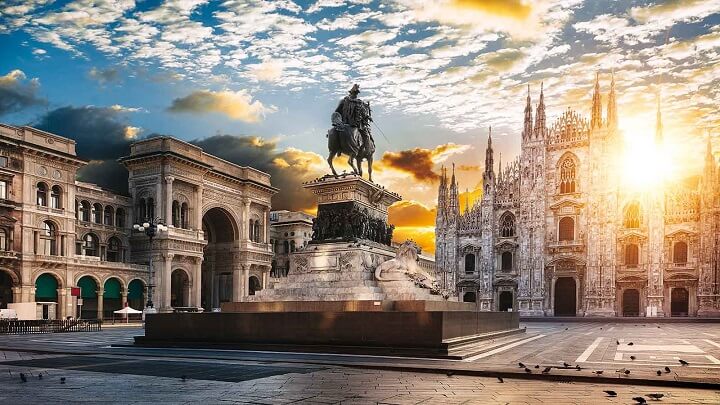 I am aware that Milan can leave you indifferent. What surprises you yes or yes is the Cathedral of Milan , in the Gothic style and with numerous works of art. It measures 158 meters in length by 107 meters in height and inside it fits no more and no less than 40,000 people, which speaks of its immensity. I also recommend seeing the Sforzesco Castle, the Victor Emmanuel II Gallery or the La Scala Theater. 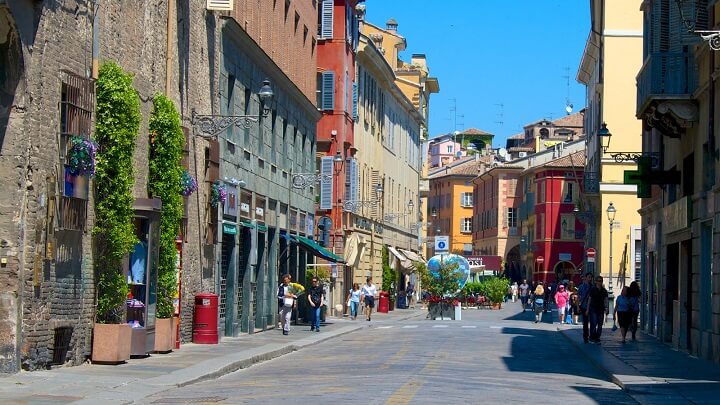 Beyond Parma ham and Parmigiano Reggiano cheese, which in themselves are two good reasons to want to visit it, it must be said that it is one of the most beautiful cities in the country thanks to places such as Piazza Duomo , the Glauco Museum Lombardi or the Teatro Regio. There the legendary Giuseppe Verdi was born and this is noticeable in its streets, which give off a special romanticism. 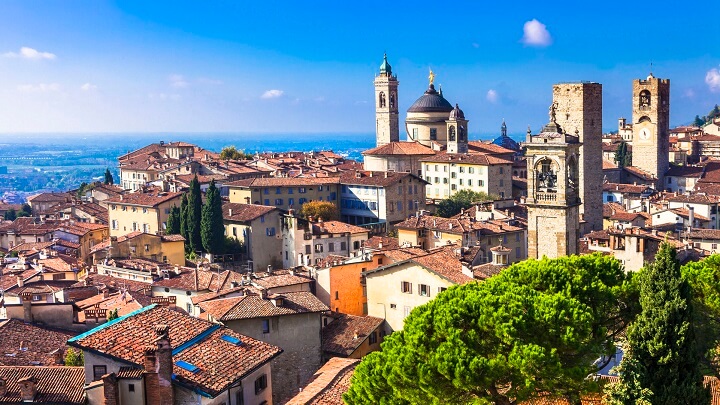 It is in the Alps and we could say that it is divided into two parts: the lower and the upper. In the lower one, new buildings have been built and we could say that it is the most modern area, while the upper one is the one that corresponds to the old town. There we find buildings and constructions from medieval times such as the Civic Tower (Campanone) or the Fortress Museum, also known as Rocca di Bergamo.