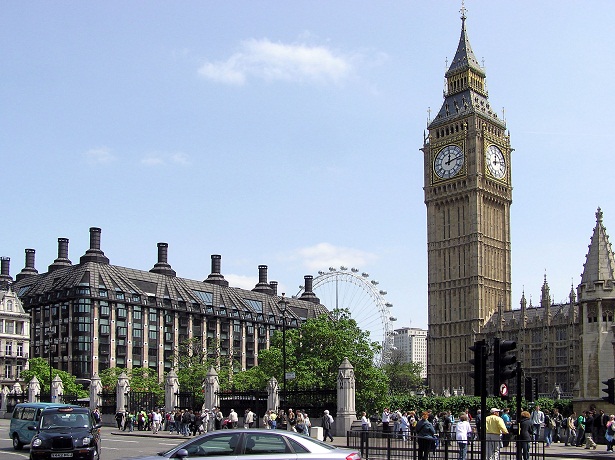 London is one of the most visited cities in the world and the nerve center of sectors as important worldwide as fashion, film or music. Large and with a lot to see, no matter which corner you visit, everyone has something to fall in love with, from narrow streets to immense gardens, in this city you can never get bored. Of all the monuments in London, which are many and I would give to write for months only about it, I would highlight five, which are also an essential visit if you are going to travel to London:

– Tower Bridge : the Tower Bridge , over the River Thames, is one of the best known in the world and also one of the symbols of the city. Its ground rises in less than a minute for ships to pass. From there you have spectacular views of London and you can also visit the engine room, which is where the original steam engines that moved the arms of the bridge are located. The Tower Bridge also has 3 rooms where everything from business activities to weddings is held.

– Tower of London : the Tower of London, an impressive place that was once a royal palace and fortress. There is the Royal Armory and you can also see the extensive collection of jewelry and clothing that have been used for the coronation. You can take a guided tour with the popular Beefeters, who will tell you all their history, imprisonments, executions and various anecdotes.

– Palace of Westminster / Big Ben : The famous clock tower is the most recognized image of London in the world, and anyone you ask about London landmarks will probably tell you Big Ben in the first place. It is in the Palace of Westminster, which is where the two houses of the UK Parliament meet. Big Ben weighs about 8,700 tons, measures 96 meters and its four clocks are at 55.

📖  The luxurious Buckingham Palace in London

– London Eye : it is my favorite attraction. A giant Ferris wheel from which you can see the entire city from 135 meters high. If you can do it at night, so much the better. It was made to be used only for 5 years, which was the permission they granted, but seeing the incredible success they have continued to open it.