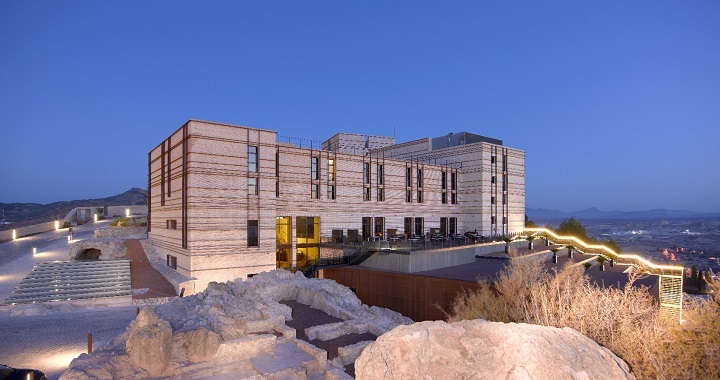 What do you think if today we review the best Paradores in Spain? Cool right? Well let’s get to it! And it is that the travel portal TripAdvisor has announced the winners of the fourth edition of the Travelers Choice Paradores awards, which distinguish the 10 best Paradores in our country, out of a total of 94 that are part of the network.

As you know, TripAdvisor prepares its recognized rankings taking into account the quantity and quality of the comments they receive on their own website, so it is important to take them into consideration. Today at Vuela Viajes we are going to present you this year’s winners. Are you accompanying us to discover the best Paradores in Spain in 2014? 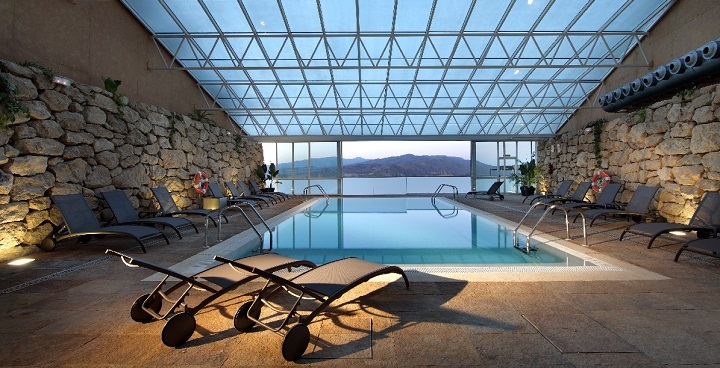 The winner of this edition of the Travelers Choice Paradores is the Parador de Lorca. Opened in 2012, it is the most modern Parador in the entire network. It stands out for its location, since it is built on the grounds of the Castle of Lorca . In addition, there are archaeological remains that are fully integrated into the property, which does not mean that the parador has design facilities, such as its indoor pool or spa. 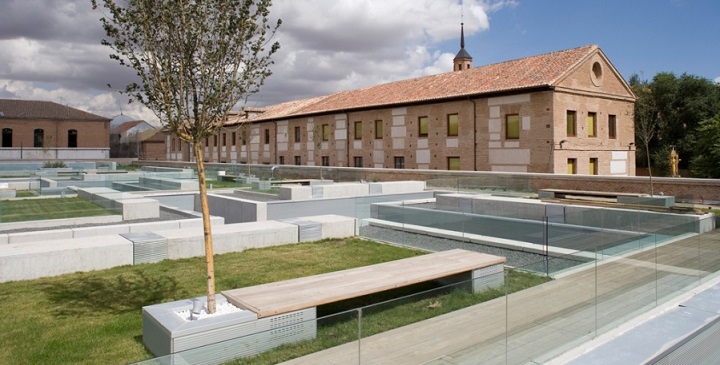 The second place on the list is for the Parador de Alcalá de Henares, located in the Community of Madrid . Actually, it is a 17th century college-convent and Hospitality of the Student that is located in the old Colegio Mayor de San Jerónimo. Of course, despite so much history, the hotel combines tradition and avant-garde to perfection. 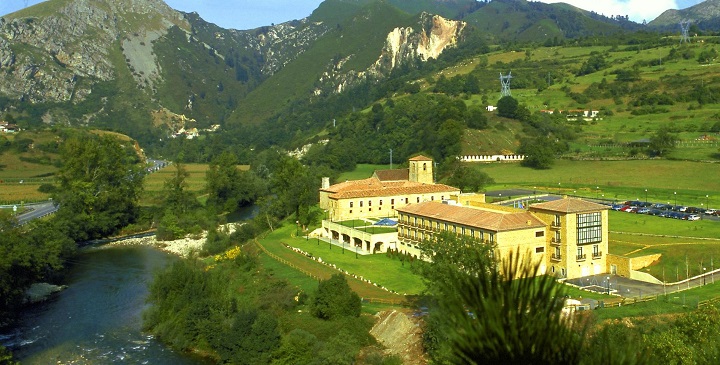 In third position we find the Parador de Cangas de Onís, which stands out for its wonderful Asturian landscape, including the Picos de Europa . The building was a Benedictine monastery built from 746 onwards. 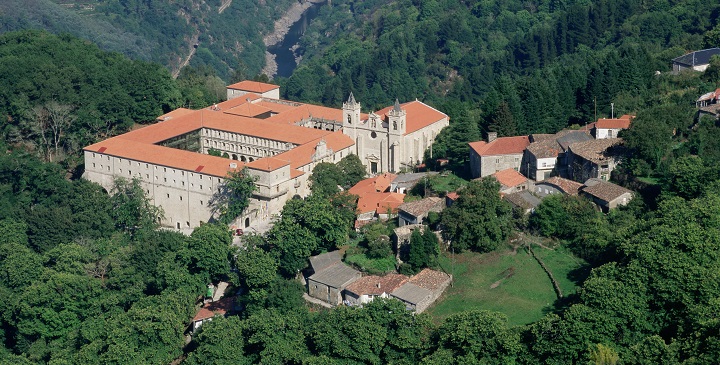 The Parado de Santo Estevo, located in the heart of the Ribiera Sacra , in Galicia, has occupied the fourth position this year. The old Monastery of Santo Estevo, which has its origin between the 6th and 7th centuries, stands out for its mixture of baroque and romantic styles.

In fifth position we find the Parador de Santiago, also known as Hostal dos Reis Católicos. Located in Santiago de Compostela, making it a destination for millions of pilgrims , it mixes history, art and tradition. 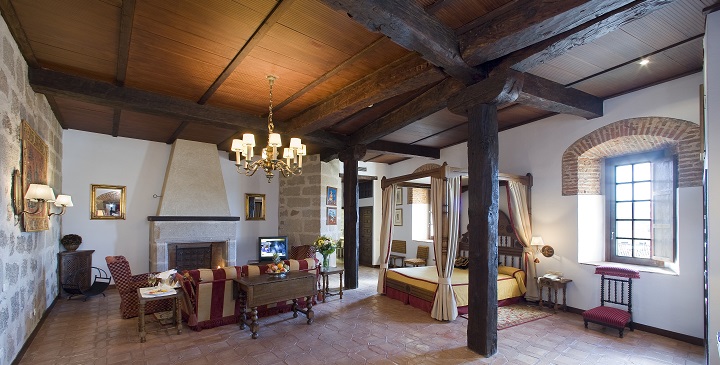 In the province of Cáceres, specifically on the banks of the Jerte river, is the Parador de Plasencia, located in the Santo Domingo convent, built in the 15th century. It is the ideal accommodation to get to know the natural landscapes that surround it and the city.

📖  History and witches in Cervera 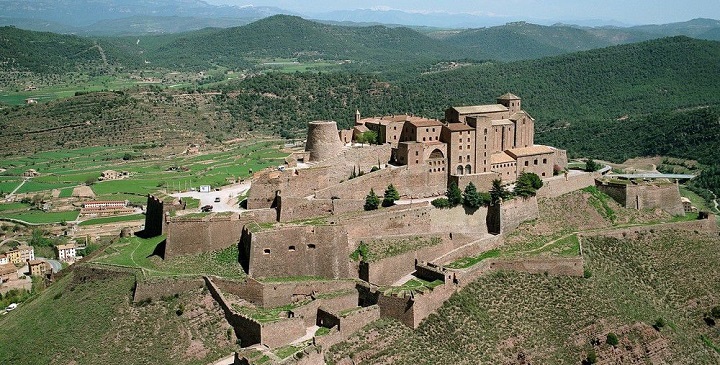 In seventh place we find the Parador de Carmona, which will take you back to the Middle Ages. And we are talking about a hotel located in a beautiful medieval castle that retains all its charm , being able to observe the moats, towers, walls and Gothic elements in all their splendor. 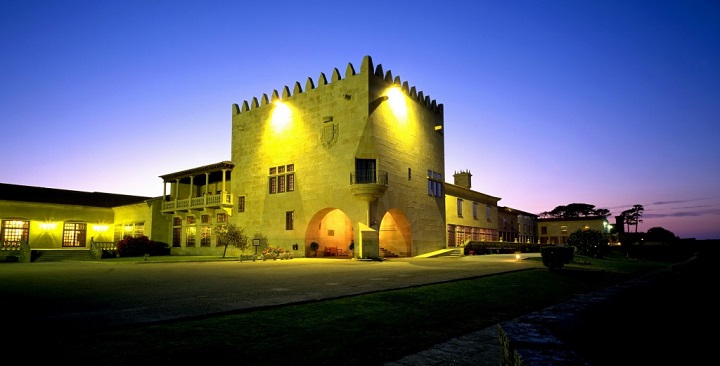 The Parador de Baiona, which is in eighth position, is located south of the Rías Baixas, in Galicia, and is protected by a beautiful bay . Within its walls you can walk, rest and have a drink in front of the sea. 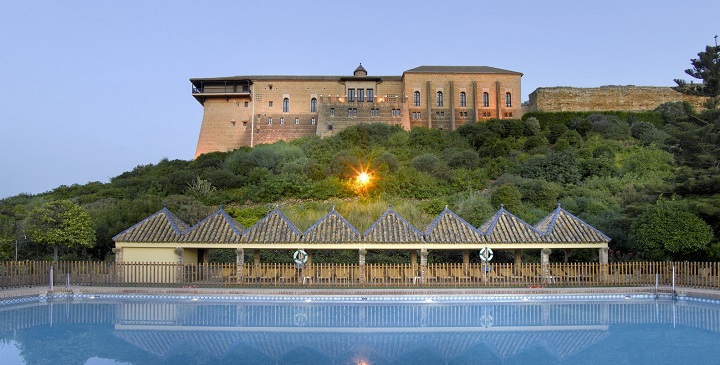 In ninth position is the Parador de Carmona, in Seville, a hotel that offers beauty , tranquility, a beautiful landscape and excellent gastronomy. Set in a 14th-century Moorish fortress, it offers a swimming pool, charming patio and terraces with views of the countryside. 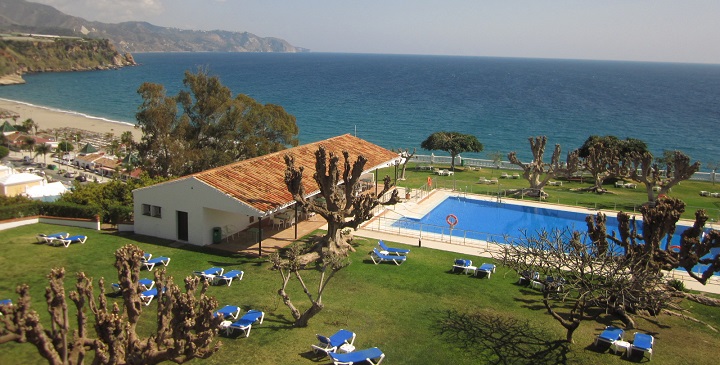 Finally, we have to talk about the Parador de Nerja, located in Almuñécar, Malaga. Specifically, this hotel is located on a cliff by the sea and has a splendid garden that contrasts with the blue of the pool.