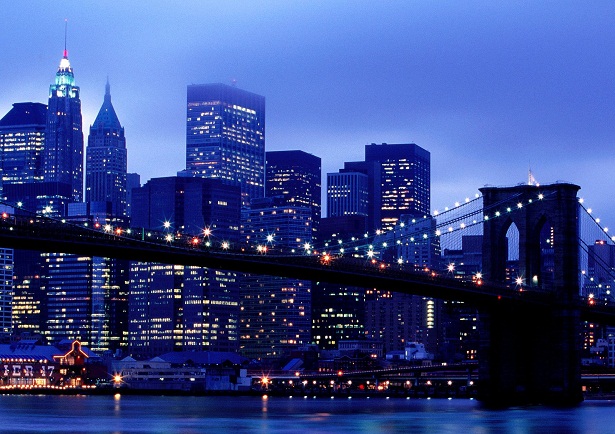 Brooklyn is one of the five neighborhoods in which New York is divided and the most populous with almost two and a half million inhabitants, in fact, it is often said that one in ten Americans has their roots there. Traditionally it has been an immigrant neighborhood and in some of its areas people from different ethnic groups live. To the north of the neighborhood are Greenpoint and the ultra-modern Wiliamsburg neighborhood. Many famous people were born in Brooklyn, like Woody Allen Barbra Streisand or Lenny Kravitz.

Brooklyn is surrounded by parks and natural spaces such as the Brooklyn Botanic Garden or the Sunset Park, ideal places to lose a whole day and enjoy nature in a big city like New York. Other spectacular places are the Zoo and the Aquarium, where you can see more than 9,000 animals, such as the Atlantic dolphins or the California sea lions that also have performances every day during the summer months . The ideal place to spend a day with the family and where you can also see Beluga white whales and Pacific octopus.

📖  Visit the Lower East Side of Manhattan

But if there is something that is known about this neighborhood around the world, it is undoubtedly the Brooklyn Bridge , the first that was made to connect the neighborhood with Manhattan and that was built between 1870 and 1883 and that for 6 years was the suspension bridge biggest in the world. You will have seen it in a multitude of movies and television series from all angles. Another well-known place is Coney Island, an amusement park that is very famous for having a wooden roller coaster . Next to the park there is a beach and in that area is also the Brooklyn Cyclones, the stadium where the Mets, one of the New York baseball teams, play.