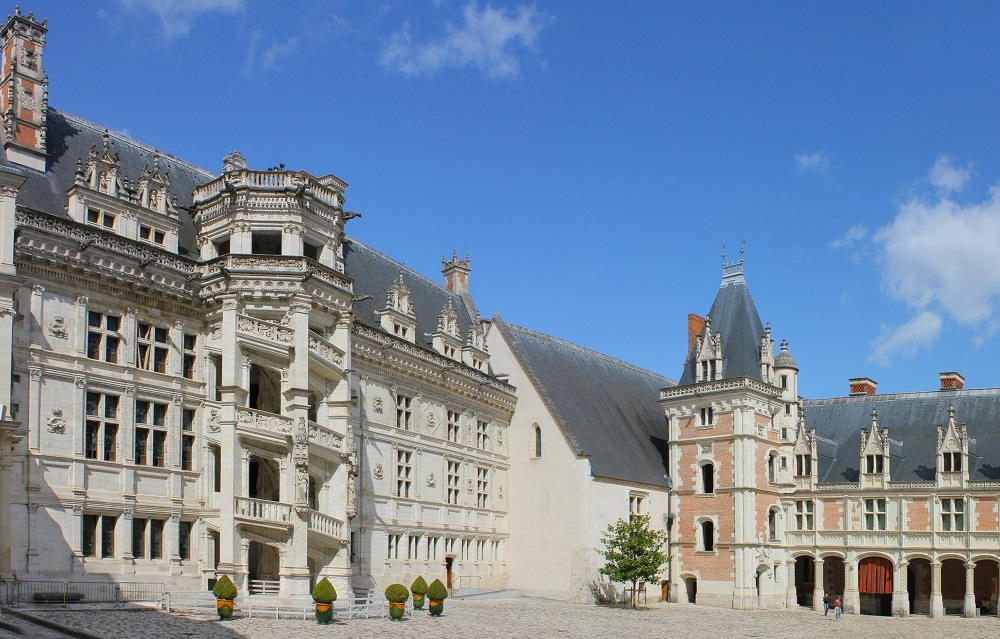 In the French department of Loir-et-Cher , on the banks of the Loire River, one of the most outstanding castles is located for its architectural complexity. A castle that owes its name to the city where it is located: Blois . Styles ranging from the French Merovingian era, the Middle Ages, the Renaissance, the Classicism and the Romantic, blend, coexist and blend into a beautiful construction that was born in the early 1500s .

Throughout its history, seven kings and eleven queens resided in the castle, between 1500 and 1715. As a sign of their passage through Blois, the heraldic animals of some of them can be seen on the facade of the building: Francisco’s salamander I, the porcupine of Louis XII, the L of Louis XII, the A of Anne of Brittany or the C of Claudia of France.

The structure of Blois is made up of a block of four castles in one, product of the four phases of its construction: to the old castle of the Counts of Blois the wing of Louis XII, the wing of Francis I and the wing of Gaston of Orleans. 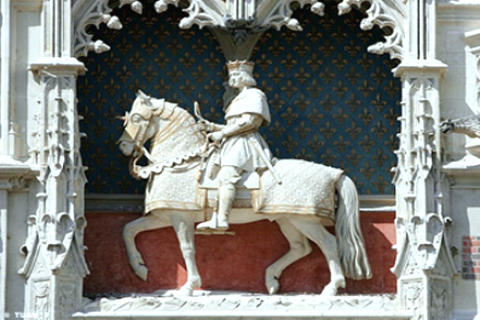 Wing of Louis XII . Observing its facade you can imagine how the royal castle was in its beginnings. In Italian Renaissance style, it nevertheless preserves medieval ornaments that are displayed throughout the façade. On the outside, above the main door, appears the equestrian representation of Louis XII.

📖  The Sands of Lutetia in Paris

Wing of Francisco I. Unlike his predecessor, Louis XII, he hardly reigned from Blois, although the works he carried out are considerable. The façade facing the courtyard has medieval characteristics and its style is from the early Renaissance. A sumptuous exterior staircase reveals the splendor of Renaissance architecture.

Wing of Gaston of Orléans . Although it was built according to his wishes, Gastón de Orleáns passed away without having had the opportunity to live in his unfinished palace. The most prominent element is its façade, since its genius lies in having anticipated classicism long before its time.

Inside each of the wings, into which this great castle is divided, you can visit numerous rooms where objects collected throughout the history of Blois are exhibited. Furniture, works of art, sculptures or objects for personal use are shown to the public to evoke the life and customs of the kings who resided in such a lavish palace.

📖  Visit the Great Mosque of Lyon 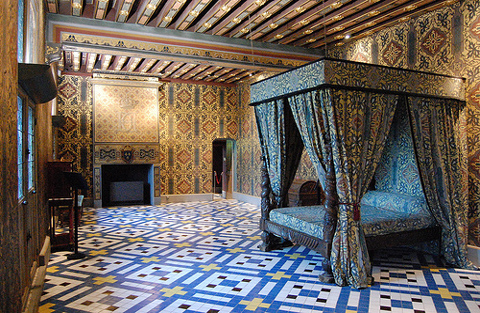 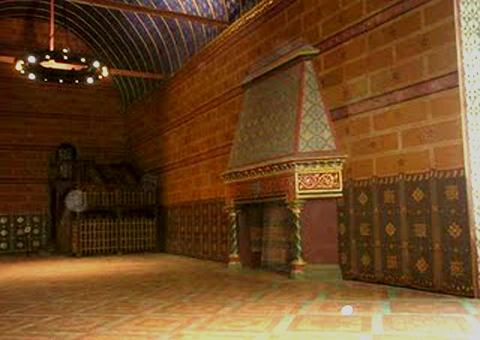 On the other hand, in the castle it collects the most diverse works of art that are exhibited in different galleries: Gallery of tapestries and sculptures , Cabinet of Portraits and the room of wrought iron objects and artistic locksmiths .

The Torre del Foix , is a vestige of the medieval enclosure, probably it was an angle tower in the wall. Its name is due to the suburb of the city that it allowed to monitor. An astronomical observatory was installed in this tower, at the request of Gastón de Orleáns. On the access road there is a fountain that belonged to the gardens of Louis XII.