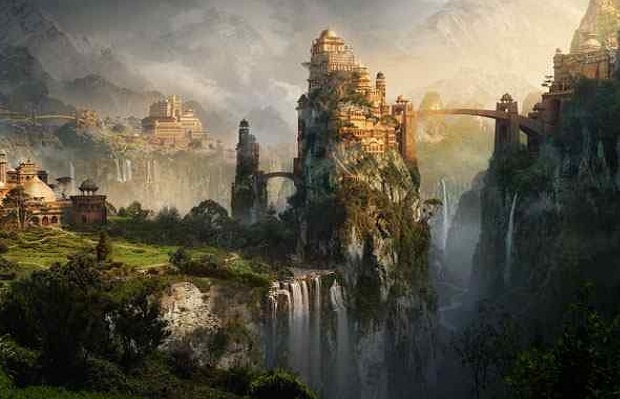 Have you heard of Shangri-La ? These days it is on everyone’s lips, due to the opening of a large hotel in the region with the same name. The hotel chain, called Shangri-La, will open a complex in the city center of Diqing , consisting of 230 rooms. Diqing, is a city of Shangri-La, which is located in the Chinese province of Yunnan. The hotel will open in early 2013.

The new resort will have spacious rooms of about 40 square meters. Within the facilities, you can also find some restaurants, a gym, spa and beauty salon and indoor pool. But where exactly is this dream country? Shangri-La was first described by James Hilton in a 1933 novel "Lost Horizon." This was a fictional place where immortal people lived. The name was an invention of the author but, with the passage of time, it began to be used as a synonym for idyllic places.

There are different parts of the world that with the passage of time, have come to be called this way. Visitors who want to know the Shangri-La we are talking about, should know that the area was previously known as Zhongdian. In the Hunza Valley in Pakistan , for example, there is an area called Shangri-La, and it is very popular with mountaineers, hikers and hikers.

📖  Some of the best sunsets in the world

Other travelers , you have the possibility to know another Shangri-La in the area where the Muli monasteries are located in Tibet . For nature lovers, Shangri-La is not necessarily in Asia. In Texas there is the so-called Botanical Gardens and Nature Center called Shangri-La.