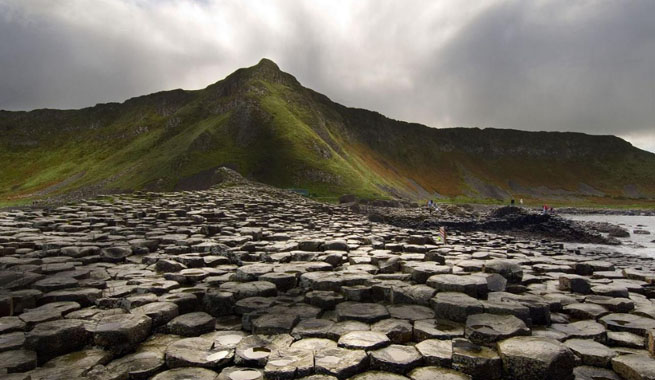 It is one of the most curious natural phenomena that exist. A place along the Irish coast, immersed in a spectacular landscape, in which thousands of hexagonal-shaped basalt columns rise. They are the result of the rapid cooling of lava from a volcano, something that happened millions of years ago. It is incredible to think that even today the consequences can still be observed: a surprising and mysterious landscape. 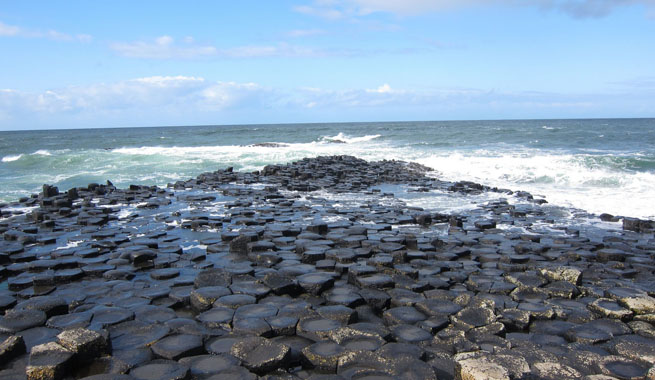 Although the Giant’s Causeway is a surprising and enigmatic place, the geological process that triggered it is really simple and easily explained: the incandescent lava cools quickly and the result is the appearance of hexagonal prisms of basalt, a crystalline rock.

📖  Bubble Domes: sleeping glass bubbles in the middle of the forest in Northern Ireland

With the passage of time and due to the action of atmospheric agents, and since basalt is a very resistant mineral, erosion acts on the surrounding rocks, exposing these amazing basalt columns.

Discovered in 1693, there is a story that explains the formation of this stone road. Legend has it that there were two giants, one in Ireland and the other in Scotland, who got along fatally and threw stones at each other. So many were thrown that they ended up building a rocky path over the sea.

The Scottish giant decided to go to the other side to finish off the Irish giant , but the latter’s wife, seeing him arrive, dressed her husband as a baby. When the Scottish giant arrived in Ireland and saw that big baby, he imagined how big his father would be and fled in terror. Such was the force with which he stepped on the rocks that the road was submerged in the sea.