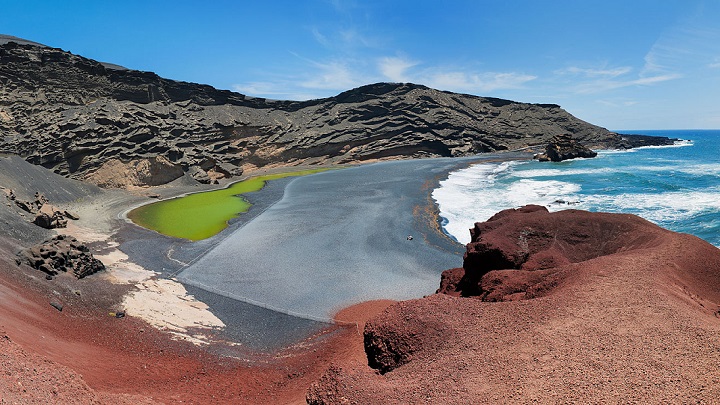 The archipelago of the Canary Islands , known as “the sun of Europe”, is one of the great wonders of which we can boast. And it is that beyond its mild temperatures, here we can find spectacular natural environments. In fact, it hides four Natural Parks and five of its islands have been declared a Biosphere Reserve. Its beaches, ideal for sunbathing and practicing water sports, and its surprising interior landscapes, are its great attractions, although it should not be forgotten that the archipelago also has an important cultural heritage.

Today we are in Lanzarote which, for many, is the best of all the Canary Islands. Among the many corners that are worth visiting, today we want to talk to you about one of the most surprising, and not in the archipelago, but in the world. We are referring to the Laguna de los Clicos , which attracts tremendous attention due to its green color. Do you want to discover more details? Well then you can’t miss anything that we tell you below!

Before talking to you about the amazing Laguna de los Clicos, we want to tell you some things about Lanzarote. Thus, you should know that this island will amaze you for its lunar landscape, covered with ravines, solidified valleys and craters. Of course, the most volcanic of all the Canary Islands has much more to offer the traveler, such as its eternal spring climate, its beaches of black or golden sand, or some places of important ecological value. As if that weren’t enough, here you can play golf among cacti and lava, go scuba diving, surfing and deep-sea fishing.

📖  Guide to visiting Barcelona with children 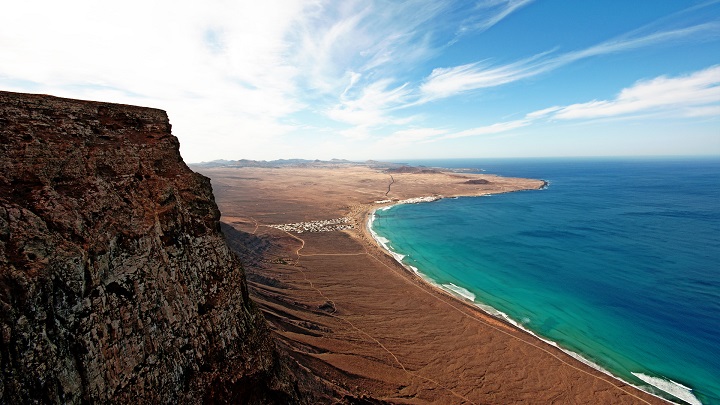 In the Timanfaya National Park

The Laguna de los Clicos, also known as Carcho Verde, Charco de los Clicos or Lago Verde, is undoubtedly one of the most surprising places in Lanzarote. It is located in El Golfo, a municipality of Yaiza , and more specifically within the Volcanoes National Park. As we mentioned at the beginning, what is most striking about this lagoon is that its waters are green. That’s why we included it in our list of the most unusual colored lakes. 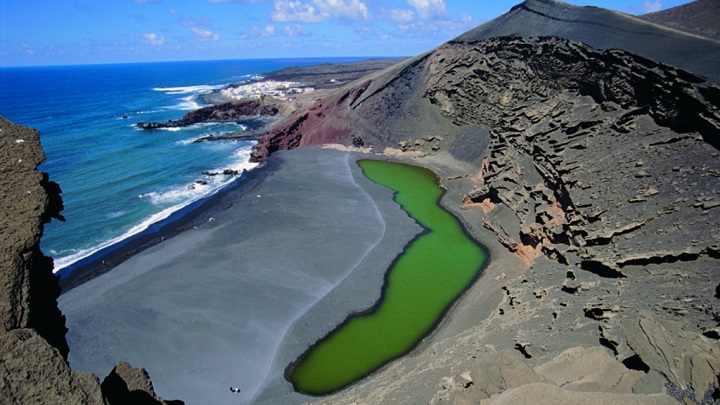 The so-called Charco Verde is actually an ancient volcanic crater that today is filled with water. It is connected to the sea by underground crevices and separated from it by a black sand beach. The color of its waters is due to the presence of plant organisms in suspension. As it has been declared a Natural Reserve, swimming in the lagoon is not allowed. In fact, it is forbidden to even touch its waters. Of course, just seeing the green reflection that contrasts with the rest of the landscape is worth it. In addition, you can do it for free and at any time of the day. Thanks to the ample parking that can be found about 50 meters from the Charco Verde, it will not be difficult for you to park your car. What we recommend is that before contemplating the lagoon up close, you observe the landscape from a certain height. 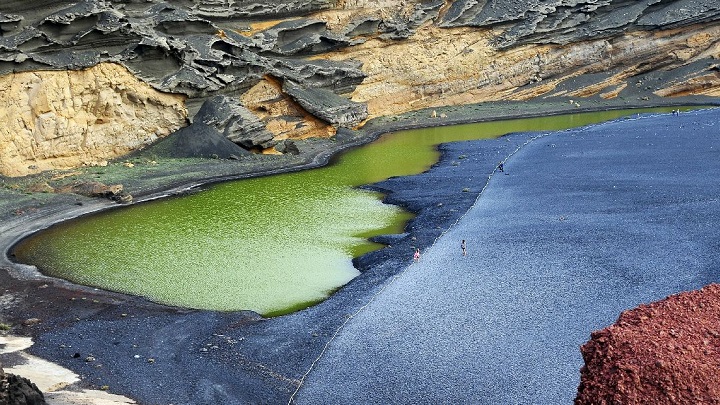 The origin of the name

As for the name, it has to do with edible seafood known as "clicos" that were very abundant in the area in ancient times. However, it seems that two turtles that someone released in the waters of El Golfo were to blame for their extinction. On the other hand, we want to comment that in this part of Lanzarote and in its vicinity it is possible to find olivines, semi-precious stones that are used to make original jewelery.