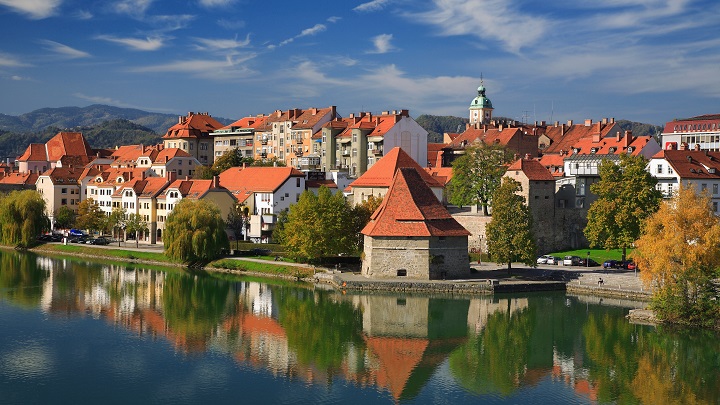 Few people have Slovenia on their list of pending destinations and, nevertheless, it is a country that has many things to offer the traveler: mountains, beaches, exquisite gastronomy, outdoor activities, monuments … If we take into account that it became independent from Yugoslavia less than 25 years ago and who did not join the European Union until 2004, we may understand better that it is not among the most popular destinations.

So that you get to know this European country better, today we are going to tell you about its main cities . Would you like to meet them with us? 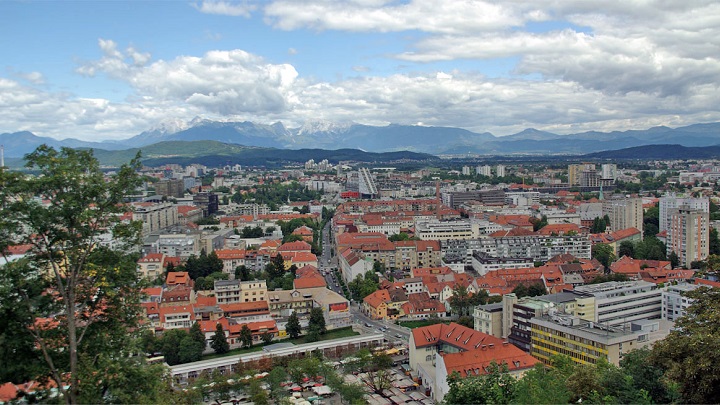 How could it be otherwise, let’s start by talking about its capital, Ljubljana, a city with a lot of charm that some compare with Prague, Amsterdam, Vienna or Riga. It is a small and very picturesque city and it has the great advantage that it can be visited on foot. Here you will discover castles and an impressive medieval fortress. Although the best time to visit this city is in summer, since it is during this period when the temperatures are milder, you will also love discovering the snowy landscape in winter. 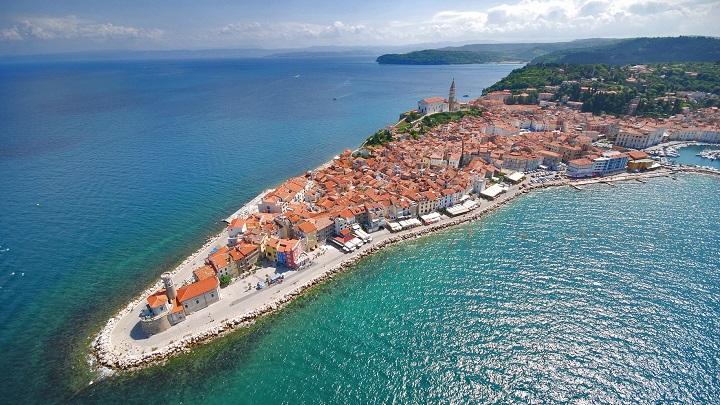 We continue our tour of the most important cities of Slovenia in Portoroz, one of the main tourist destinations in the country, something that is not surprising if we consider that it offers privileged beaches with crystal clear waters, as well as numerous spas, a great offer in sports activities and a lively nightlife. Of course, you will also find interesting monuments. 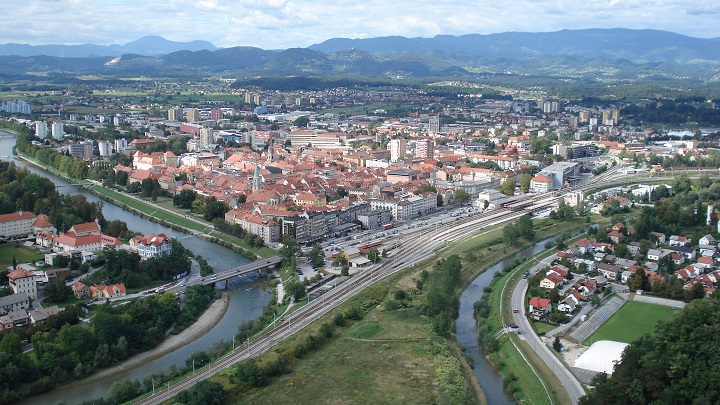 Another of the most important cities in Slovenia is Celje, the third in number of inhabitants. Located between valleys and mountains, this place has gradually become one of the main destinations in the country, thanks, among other things, to its medieval remains and its hot springs. In addition, it is also an ideal place to practice sports activities. 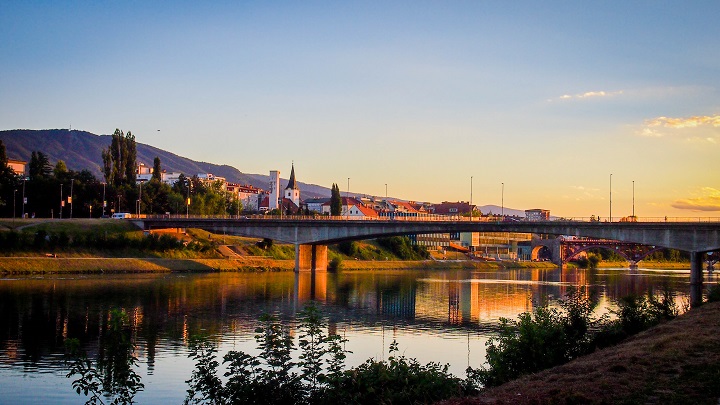 Another city that cannot be missing from the list is Maribor, which is considered the second largest city in the country. Surrounded by natural landscapes of great beauty, this city nestled among the hills of vines, is known for its rich tradition of wine . In addition, it must be borne in mind that from being a post-industrial city it has become a modern and sustainable city, with squares with charming terraces, urban community gardens, pedestrian streets, bike lanes … You will love its houses with red roofs. 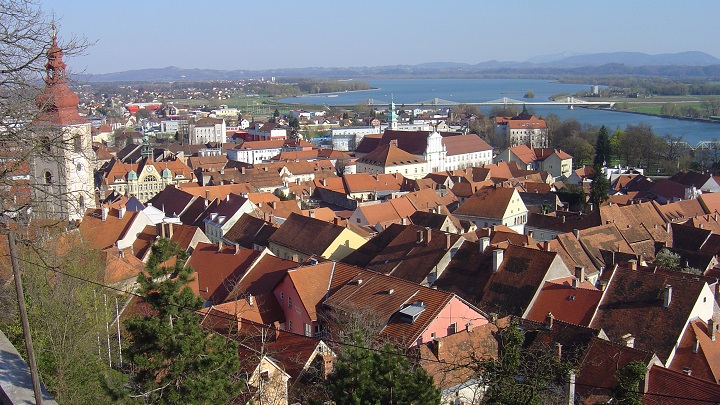 Located on the plains of the Drava River, we find Ptuj, a city that has been alive since the Stone Age . In fact, this place stands out for its historical richness, being able to find numerous monuments. Today, the city hosts many fairs. In addition, it is an ideal place for excursions to nature. Of course, we must not forget that the city is located above wineries and hot springs.

📖  Soca, the most beautiful river in Europe 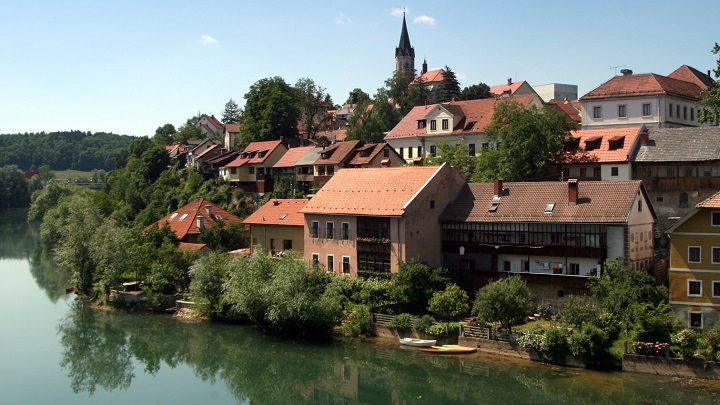 We also have to tell you about Novo Mesto, an important cultural and historical center, in addition to being one of the main industrial and economic areas of the country. Of course, its appearance is most picturesque. Among the most famous attractions are the House of the People, the Town Hall, the Franciscan Monastery, the diocesan house and the old church of Nicolás. It should also be borne in mind that in the surroundings of Novo Mesto you can find 8 medieval castles. 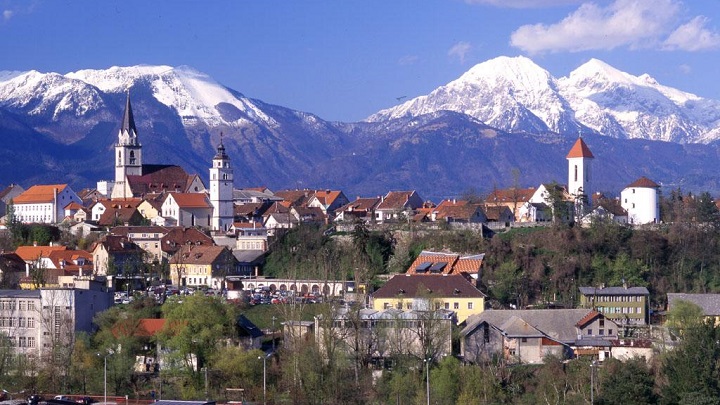 Finally, we want to tell you about Kranj, a picturesque place considered the fourth largest city in the country. In addition, it is an important economic, cultural and sports center. You will love its medieval old town, which was declared a Cultural and Historical Monument for its architectural value. In addition, Kranj is known for the 1,300 meters of tunnels that were created under the city during the Second World War. It should also be borne in mind that it is surrounded by beautiful natural landscapes.