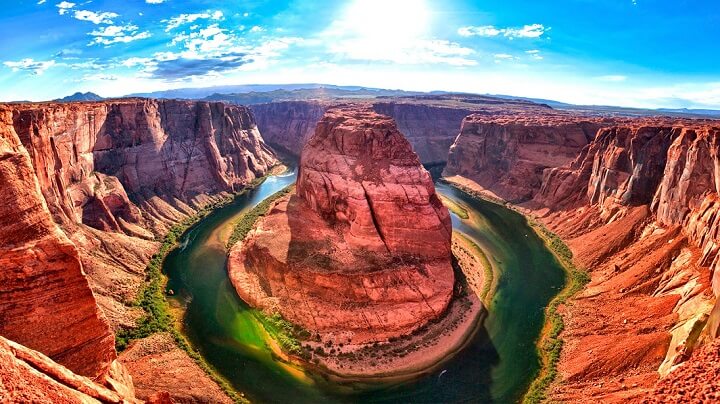 Nature inspires us. It makes us see the world in a different way, becoming the best refuge to go to when day-to-day problems, those that brew in the big city, do not allow us to live with an acceptable level of stress. It is in those moments when it is very necessary to go out to breathe fresh air contemplating landscapes that are hardly forgotten.

One of those landscapes can be a cliff , especially if it is like the ones I show you in this article. They are impressive for their height and for the views they offer, which are undoubtedly quite a spectacle. They are the kind that should be noted on the list of "things to see at least once in your life." 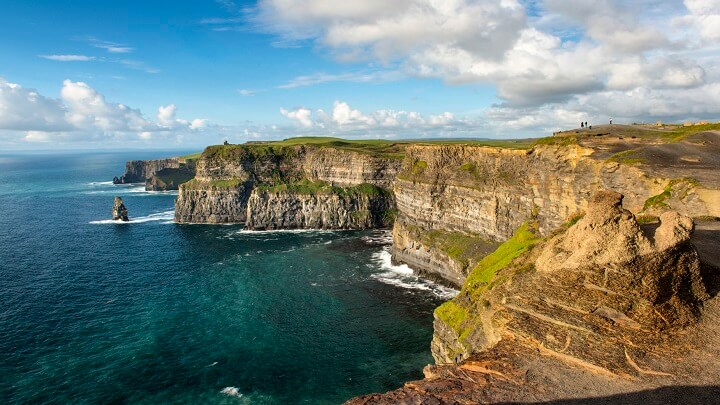 In Clare we could say that there are the most beautiful cliffs in the world, which are those of Moher. You have seen them more than once in photographs and it is likely that you have even had the opportunity to see them in a movie such as ‘Harry Potter and the Half-Blood Prince’ or ‘The Princess Bride’. It is one of the most representative of Ireland, since on its coast it is possible to find more cliffs of this type, although none are as incredible as that of Moher, which is on the west coast and has an extension of 8 kilometers. From its 200 meters high you can contemplate the immensity of the sea.

Learn more about the Cliffs of Moher. 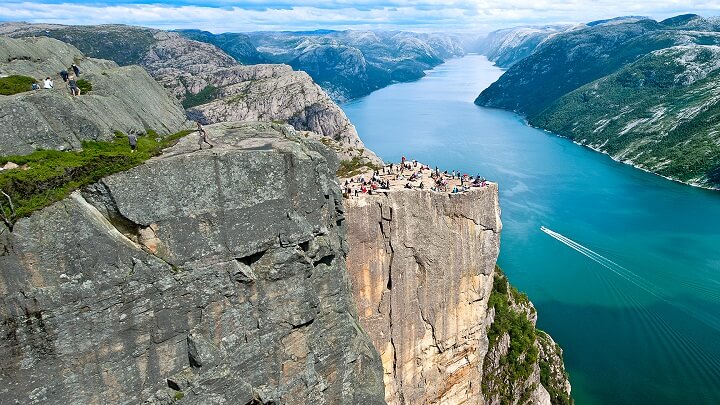 If the Cliffs of Moher are famous, what can we say about the Preikestolen pulpit? It is one of the main attractions of those who visit the fjords . It is in Rogaland, in the Vestlandet region, and we could define it as a huge rock from which you can test your vertigo. Getting there can cost you between two and four hours depending on the starting point, and it must be said that certain sections are a bit complicated. However, it is worth the effort to get there and have a unique photograph. Of course, you look carefully because a Spanish tourist lost his life in 2013 while trying to take some photos.

📖  The Tío Pepe Wineries, the most visited in Europe 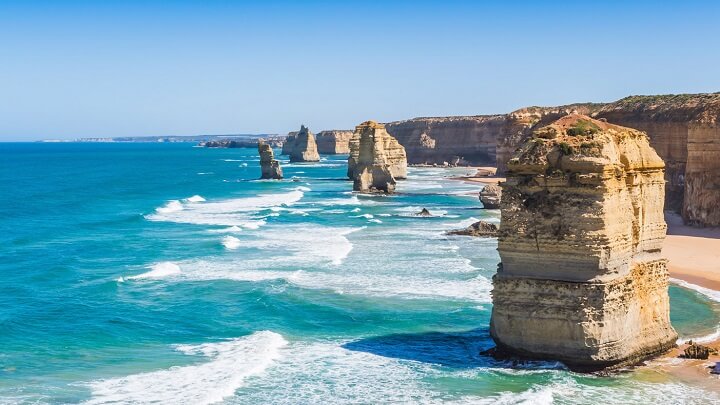 In Victoria, in an area that is known as the Shipwreck Coast , the Twelve Apostles are a must-see for anyone who comes to the southern part of the country wanting to see something new. The cliffs follow one another and you can see how some of those in the water are about to disappear due to erosion caused by the wind and waves. In fact, some of those that were there are no longer there, which is why we can think that in 100 years it will not be possible to enjoy a picture as beautiful as the current one.

Related article: The beach of the Twelve Apostles in Australia. 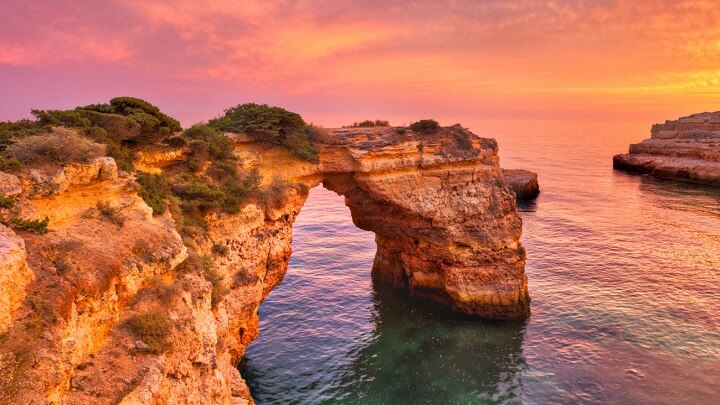 The Algarve is not only popular for its beaches, but for the cliffs that precede them. The most prominent of all is what is known as the Arch of Albandeira, a descriptive name as you can see in the photograph shown above these lines. Nobody misses that it is a privileged place to enjoy a sunset with the only noise of the waves in the background. 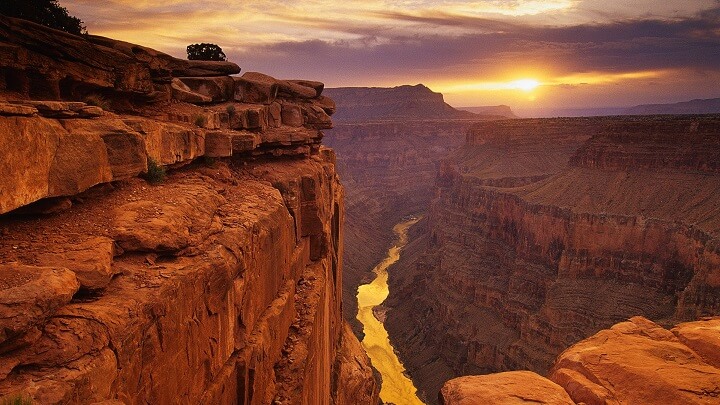 If the above are more or less famous, what do you think of the Grand Canyon of the Colorado? It is what we have seen in so many photos, in films that have wanted to highlight its beauty to make it one of the main objectives of tourists who come to northern Arizona wanting to immerse themselves in this beautiful excavated gorge , which by the way is in the Grand Canyon National Park.

📖  The most expensive cities on the planet 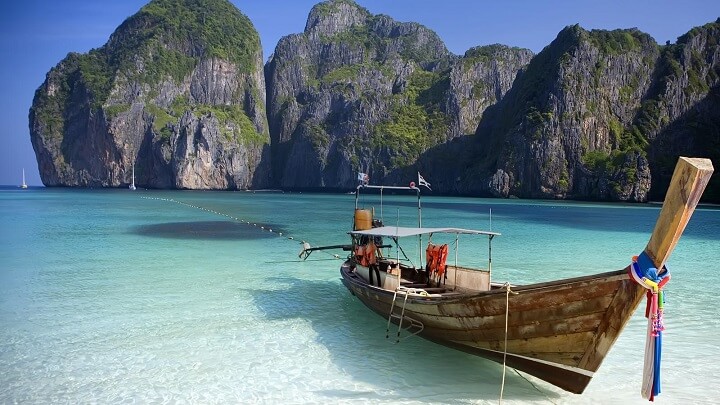 The typical photo of Thailand with the rocks near the shore are what have made Ko Phi Phi one of the most popular islands in Asia. It is in Krabi and offers us the possibility of bathing in paradisiacal beaches, although it is true that the overcrowding caused by tourism is dulling these beaches, which no longer seem to be virgin. Be that as it may, it is worth contemplating the grandeur and beauty of its cliffs in the first person. 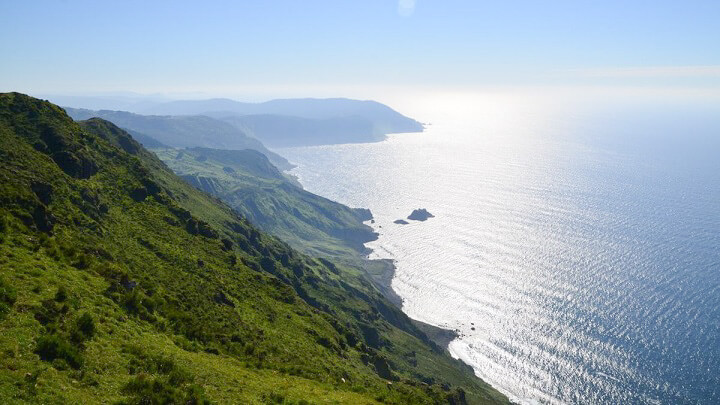 I couldn’t finish this list without talking about what in my opinion is the most impressive cliff in Spain. May they forgive me in Tenerife, where the Los Gigantes cliff is, and may they also forgive me in Zumaia, where the Flysch is. I have opted for the Herbeira cliffs, which are located in Cariño, A Coruña. Its 613 meters high allow us to speak of the highest cliff with respect to sea level in all of continental Europe. A viewpoint called Garita de Herbeira is the place you should go to contemplate its immensity.

Recommended article: The most vertiginous viewpoints in the world