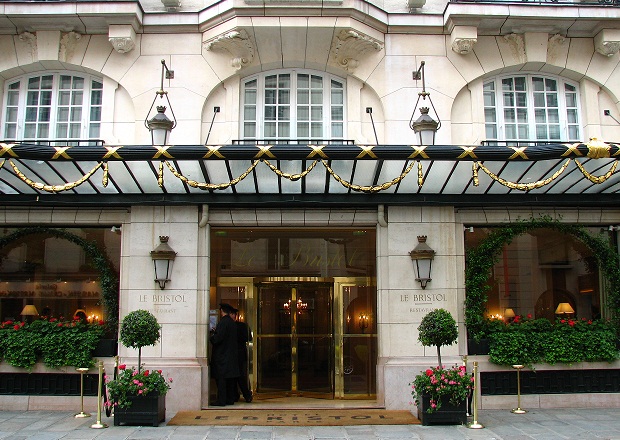 The luxurious Le Bristol hotel in Paris, located on the famous Rue de Faubourg Saint-Honoré, has become, since its opening in 1925, the perfect refuge for all the world’s celebrities who come to Paris for a few days. Celluloid stars such as Brad Pitt, Angelina Jolie, George Clooney and Leonardo DiCaprio have moved between its walls.

Now, the great building is going to undergo an impressive remodeling that will cost its owners a modest amount of $ 33,000,000. The reforms include changes even in the attic. This penthouse will become the new star of the hotel as the top floor of the hotel will become one of the most expensive suites in the world. The 2,583 square meters it occupies will be divided into two bedrooms that will cover the entire eighth floor.

These bedrooms will have incredible views of Carrer de Faubourg Saint-Honoré and Le Gardens Bristol. In May, Le Bristol Spa’s French style will double in size to include ten more treatment rooms, as well as a separate gym area that will also feature nurseries so that more athletic guests can come in for a little sport leaving the little ones in good company.

Also in May, there will be a remodeling of the restaurant on the premises, which already has three Michelin stars. It will be located in a more timeless area so that it can be open at any time of the year. The space will undergo an extensive redesign that will include expansive views of the hotel’s garden, a chef’s table, etc. Of course, it will maintain its sumptuous Hungarian oak paneling decoration and can be used as a space for private events .