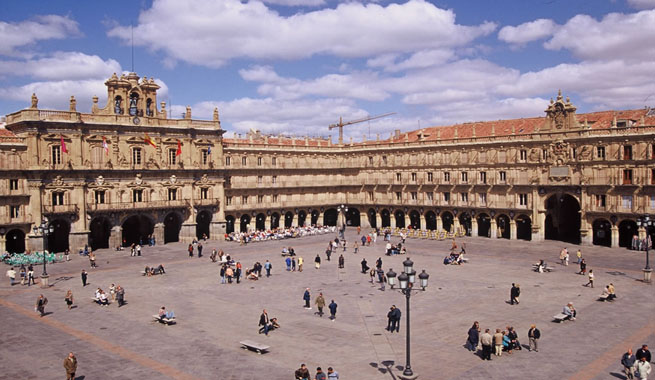 Salamanca is an incredible city, full of culture, monuments, history … Walking through its historic center is an unforgettable experience, especially in spring. One is marveling at palaces and historical buildings and, when you think you have seen it all, suddenly you come across the Plaza Mayor , a baroque marvel like few others.

The people of Salamanca call it, as a family, "the square". For them it is cozy and everyday. However, for tourists it is one of the most beautiful and outstanding in Spain. We tell you some curiosities about the Plaza Mayor of Salamanca. 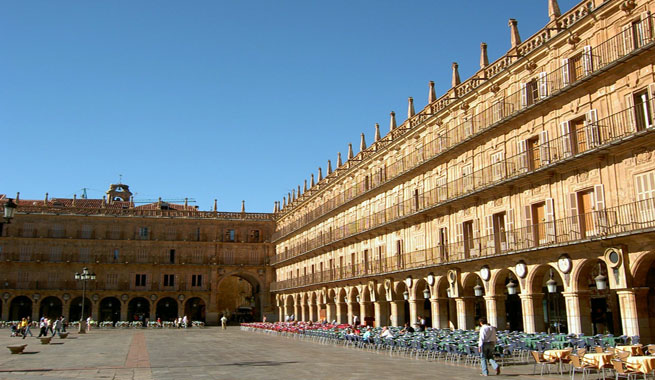 It is a baroque-style square, but it also has Herrerian and Renaissance influences. The shape of its plant is not square, but rather has the shape of a trapezoid . This is so because, when it was built, the expropriation of some of the existing buildings was not possible, which forced a gap of several meters in the measurements of the buildings that make up the enclosure.

The works began in 1729, under the directives of Alberto de Churriguera , and began with the Royal pavilion , to the east, and the San Martín pavilion , to the south. When Churriguera died in 1755, Andrés García de Quiñones took over, who closed the square with the Petrineros pavilion to the west and the City Hall building to the north. This is the only one that is different, to note the preeminence of municipal power. The central arch of the Royal Pavilion is the most ornate in the square, while if you go out through the Arco del Toro (which overlooks the Plaza de Abastos) you will be able to see the exterior façade of the Plaza Mayor, sober and demure.

With its 88 arches, 247 balconies, 9 doors and 2 passages, the Plaza Mayor is the aesthetic summit of the Baroque, the exaltation of the Castilian main squares. Today it is bustling with activity , full of trendy bars, cafes and terraces where tourists mingle with locals from Salamanca. In its surroundings, the city keeps incredible treasures, starting from the cathedral itself, the Plaza del Corrillo or the Romanesque church of San Martín.