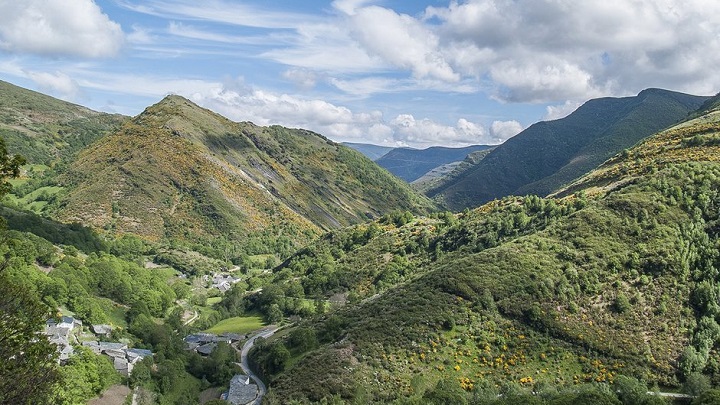 As you already know, at Vuela Viajes we love to discover the natural spaces that are hidden throughout our territory. In fact, in recent weeks we have shown you places such as La Pardina del Señor in Huesca, La Fageda de la Grevolosa in Barcelona and the Sierra de Guadarrama National Park in Madrid and Segovia.

As you may have guessed, today we are going to continue knowing natural corners of Spain. Specifically, we moved to the Galician province of Lugo to discover the Sierra del Caurel , known in Galician as Serra do Courel. As you can see for yourself in the images that we show you in our gallery, it is a natural place of indisputable beauty. Would you like to discover this saw more thoroughly? Well, you just have to join us!

The Serra do Courel is a natural area located in the eastern mountains of Lugo , between Galicia and León, which not only stands out for its natural wonders, but also for its cultural and ethnographic heritage. With an area of ​​21,000 hectares, it is the most complete Galician mountain range geologically speaking. 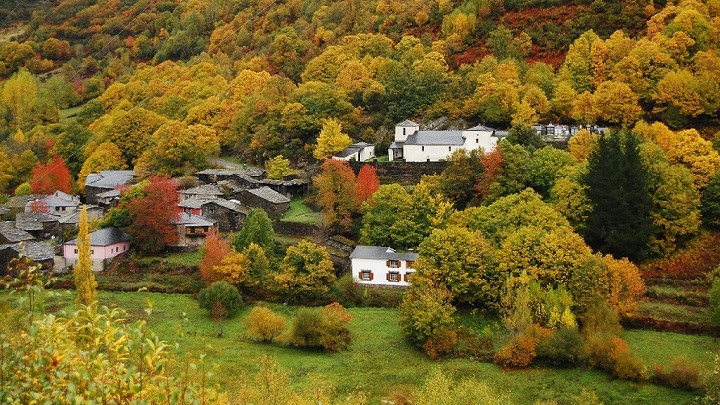 How could it be otherwise, let’s start by talking about the natural wonders of this Galician corner. Thus, you should know that in this mountain range deep valleys full of vegetation alternate with Mediterranean and Atlantic forests. In addition, you can find high peaks, some of which exceed 1,500 meters in altitude. The highest are Formigueiros, Montouto and Pía Paxaro, three mountains ideal for hiking trails.

📖  10 curiosities of Madrid that will surprise you

As for the flora of the place, the meadows populated with oak, chestnut, yew, ash, beech, hazelnut, alder and holly stand out, among other tree species. The chestnut tree deserves a special mention, since for a long time it was the basis of the diet of the inhabitants of the area. Thus, its fruit was used in foods such as chestnut broth, milk with chestnuts or chestnuts with bacon. In addition, the leaves of the tree were used to cover the floor of the stables and the wood and the flower to produce honey. Of course, among the trees there are different animal species, such as the wild cat, the wild boar, the wolf, the roe deer and even the brown bear. In total, you can find 150 vertebrates and more than a hundred birds, highlighting the eagle owl or the red partridge.

📖  The spectacular Irati Forest in Navarra 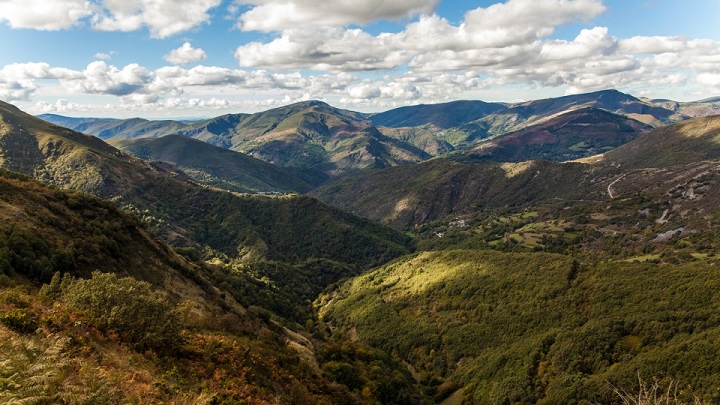 Among all the meadows, A Rogueira stands out, a botanical jewel located on the northern slope of Pico de Formigueiros. With only 200 hectares, it is capable of harboring a great diversity of botanical species. In fact, there are more than 100 cataloged. The streams and springs that surround the trees make the place even more beautiful. And that is not to mention the Seceda and Visuña villages, which have been rehabilitated, offering a truly magical environment.

Beyond these two villages that we have just mentioned, it is important to note that the Serra do Courel hides really beautiful villages. Hence, it is also known as the “Sierra de las Aldeas de Pizarra”. These charming populations of austere and sustainable life coexist perfectly with nature. In them we can find wooden or stone houses with slate roofs. Before saying goodbye, we want to comment that the oldest human remains in the entire autonomous community were found in this mountain range. They are said to be between 8,000 and 10,000 years old. 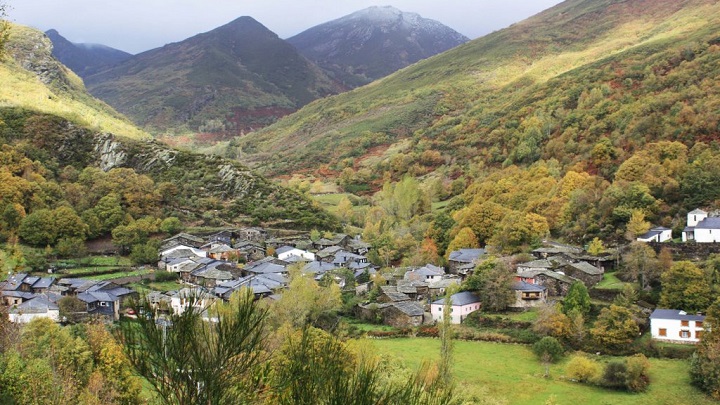 Then we leave you with our gallery , where you will find more images of the Serra do Courel. Do not miss it! 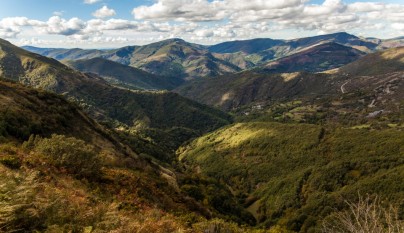 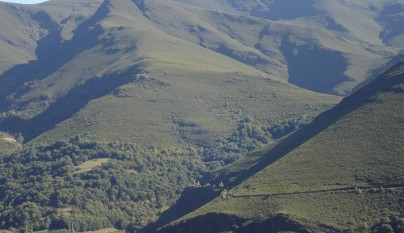 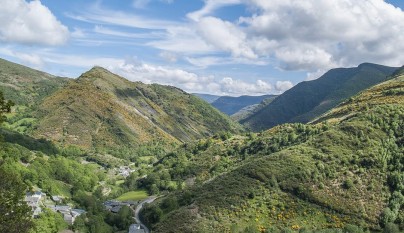 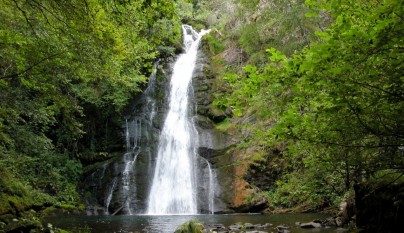 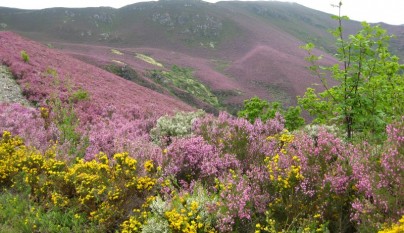 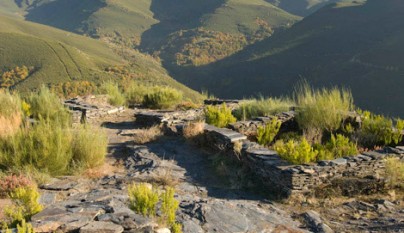 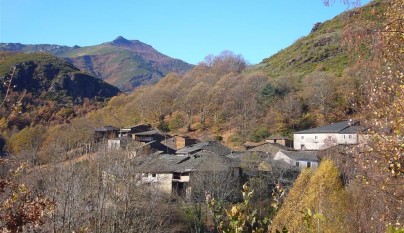 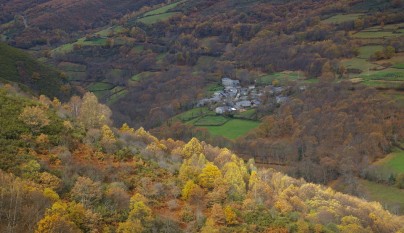 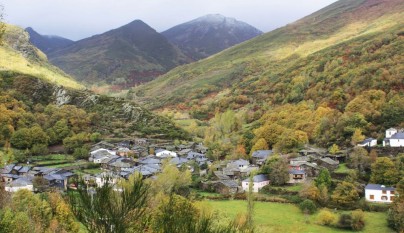 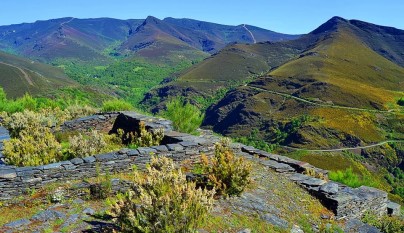 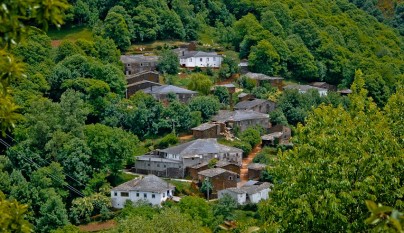 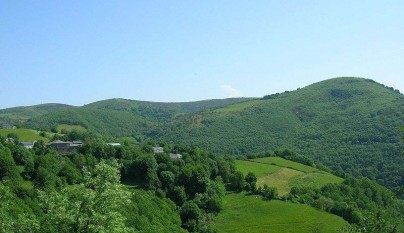 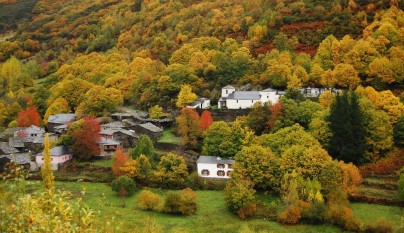