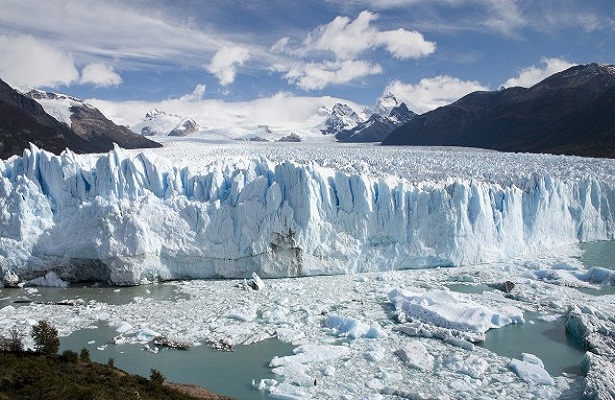 El Calafate is a town that is located 185 meters above sea level 320 kilometers from Río Gallegos , in the Argentine province of Santa Cruz , and that takes its name from a tree that bears purple fruits and yellow flowers. It is one of the most important tourist destinations in Argentina thanks to its spectacular glaciers, a natural beauty like few others thanks to Los Glaciares National Park , which you can also enjoy with a boat trip through the channels of Lake Argentino .

There are different tours that run through Los Glaciares National Park and where you can see the 47 spectacular blocks of ice such as Viedma, Upsala, Bolado, Moyano, Marconi and Peineta, among others, and which as a whole are Heritage of The humanity. 13 of the glaciers drain into the Atlantic Ocean. The most famous is the Perito Moreno glacier , which is no less than five kilometers long and sixty meters high and has been considered the Eighth Wonder for the spectacular views that you can enjoy from there.

In El Calafate you can also find the most varied fauna, such as pumas, gray and red foxes, black-necked swans, ñandús, Patagonian lambs, eagles or guanacos. The climate in the region is dry and the average temperature in summer is 19ºC and in winter -2ºC, so you can take warm clothes if you don’t want to freeze. In the winter they celebrate their popular "Ice Festival", a festival that lasts for three days. El Calafate has an International Airport and daily connections with Buenos Aires , Bariloche or Chile, among others. From Buenos Aires you can also go by car although it would be about 34 hours, which for the wonder that you are going to be able to see it is clear that it would be worth it. A destination to visit at least once in your life.