The mythical Trans-Siberian is the longest continuous railway route in the world through which different trains circulate, connecting Moscow with the Russian Far East, China and Mongolia. It is one of the largest engineering works that, on its way, passes through different time zones such as the one that connects the city of Moscow with Vladivostok . In this journey, which lasts one week, 8 time zones are crossed and it is the main route of the Trans-Siberian.

The Transmanchuriano is another of the routes covered by this railway line. Its route to the city of Társkaya , is identical to the one that covers the Trans-Siberian. From this city, the Trans-Manchurian goes to China, ending its journey in Beijing .

📖  How to get to Barcelona-El Prat airport by public transport

The Trans-Mongolian also shares a route with the Trans-Siberian to Ulan Ulde . From here, it continues on its way to Ulaan-Baatar, located in the south, to end its journey in Beijing. 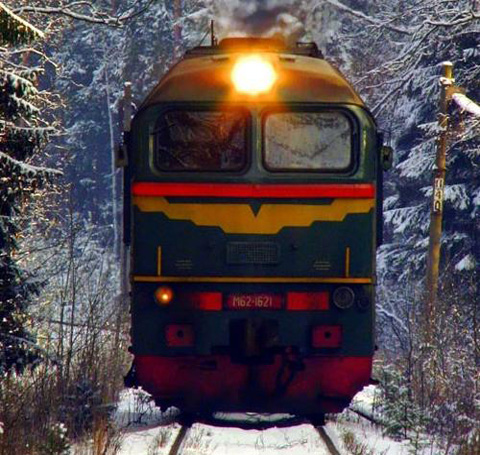 Some fun facts about this iron giant

Most of the trains reach a length of 500 meters , adding all the passenger cars.

It has two types of seats: soft (upholstered seats) and hard (plastic or leather seats). The two can be converted into beds.

The identification number of each train indicates the stops it makes on the way. Thus, the lower the number, the fewer stops it makes.

The gauge in Russia and Mongolia is different from that used in China, so each passenger car has to be adapted to the new gauge each time the border is crossed. This, together with customs controls and procedures, results in a delay of several hours.

📖  The best spas in Europe

The menu offered consists of 18 pages.