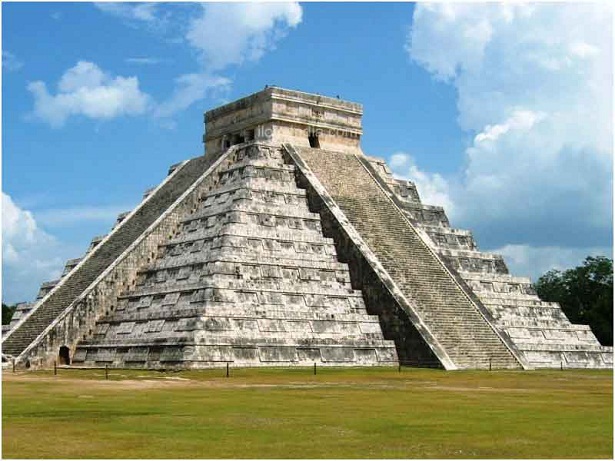 On your trip through Mexico there are many spectacular places far beyond the sun and beach that all tourists look for when they travel to this country. One of these places is located in the Yucatan peninsula , specifically in a small municipality called Tinum and which is known worldwide for hosting one of the most important archaeological sites in Mexico, Chichén Itzá , which in 1988 was declared a World Heritage Site and which in 2007 was recognized as one of the New Wonders of the World despite not having the support of UNESCO.

In Chichén Iztá you can see the Pyramid of Kukulcán , which they call there “El Castillo”, a name that the Spanish gave it and that right next to it is the Temple of the Warriors and the 1000 columns . If you go early, I recommend that you also go to see Nohoch Mul , the highest pyramid on the peninsula and which is in the nearby municipality of Coba. Another very beautiful place is the Planetarium, where you can learn about the history of the Mayans and discover that they collected the harvest through the stars.

📖  What to see in the Riviera Maya

If you are going to go in the hot season, go with patience, light clothes and a cool drink, since you can get quite overwhelmed with so many people and, above all, with the walks that you are going to hit, so also take sunscreen and a beanie so you don’t get burned. Of course, no matter how hot it is, it is totally recommended since it is one of the most beautiful and special places you will see in your life. Chichén Itzá also has a lot of history, and there you will walk through centuries past while stepping on a lawn with many pebbles, so wear comfortable shoes.