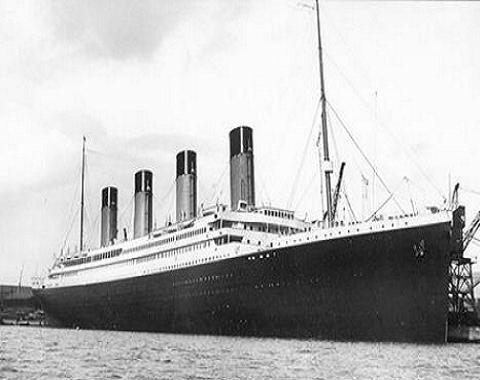 The journey will follow the same path that the Titanic failed to complete: it will begin in Southampton, England, and arrive in New York. This commemorative cruise, organized by Fred Olsen Cruises and Miles Morgan Travel, is specially designed for all those who have been captivated by the history of the largest steamship in the world (at that time) since they were little. Although, the date of the beginning of the cruise is almost three years from now, you should know that all the seats are already sold out .

The cruise will feature the same menus and musical entertainment that could be enjoyed on the Titanic. Once it has begun, a solemn ceremony will be held inside to remember the victims of the fatal accident. Imagine what they will have in mind by the time the ship passes the exact sinking site .

The luxury liner will pass through Cherbourg , which is on the French coast, and then through the port of Ireland, Cobh. There will be a special tour of the Irish city where many more details about the Titanic will be offered. In addition, they will make the trip with the passengers different historians who will tell anecdotes and little stories that not too many people know.

The cruise will also pass through Halifax, Nova Scotia, which is the final resting place for many of the passengers aboard the Titatic, before departing for New York, the final destination it never reached. The Titanic 100th Anniversary Cruise will begin on April 8 and conclude in New York on April 20, 2012.

📖  The best zoos in the world