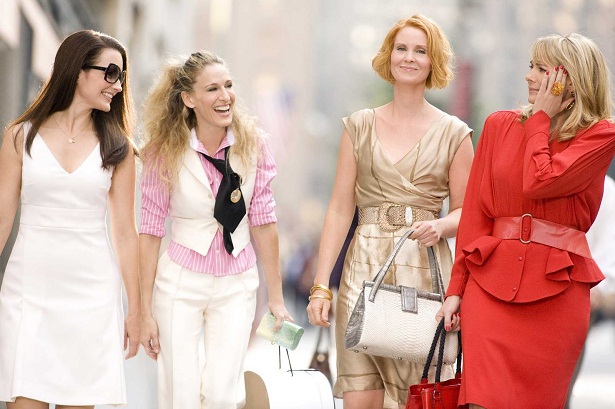 If you have seen all the episodes of ‘ Sex and the City ‘ and have enjoyed its films like no one else, surely when you travel to the city of skyscrapers you will want to visit each and every one of the corners that Carrie, Miranda, Charlotte and Samantha you have visited for so many years. Since the series began to be successful, there is a company (Screentours) that is dedicated to taking you on a tour of the filming locations of Sex in New York , although you can also locate them on the map and do it on your own, that will depend above all the sense of direction you have and the time you can spend looking for all the places that interest you.

The best-known places in the series are essential, so it is best that you start with the one that appears the most in the series and in which so many wonderful moments you have lived: Carrie’s house . Located at 66 Perry, the neighbors are quite upset that every day and for several years, hundreds of fans stop to take a photo on the mythical stairs. At the West Willage, you can visit the shops of Marc Jacobs , one of the show’s leading costume designers.

How many times have you seen Carrie at Aidan’s furniture store ? Many times, sure. Well it’s real and it’s also in the West Willage. It’s called Furniture Company and nearby is Charlotte’s gym or the candy store where Carrie and Miranda went on so many occasions for those delicious cupcakes. In the Meatpack Districk you have the famous restaurant where the girls had breakfast almost daily while they discussed their rolls of the night before. It’s called Pastis Restaurant and Samantha also lived in that neighborhood.

On Madison Avenue you can also visit the stores most visited by the girls, such as Rochas, Dolce & Gabanna or the Vera Wang wedding dress store. Do you remember the bar where the girls went to flirt while the boys watched baseball games? ? It is the Old Town Bar, very close to Union Square and from which you will not be able to leave without trying one of their homemade hamburgers, very famous throughout the city. In Midtow Manhattan you can also see the place where Charlotte received her engagement ring, the library where Carrie and Big got married or the restaurant where Samantha met her millionaire lovers. Endless places where you can feel even closer to your favorite series and its protagonists.

📖  10 destinations you should visit before they disappear