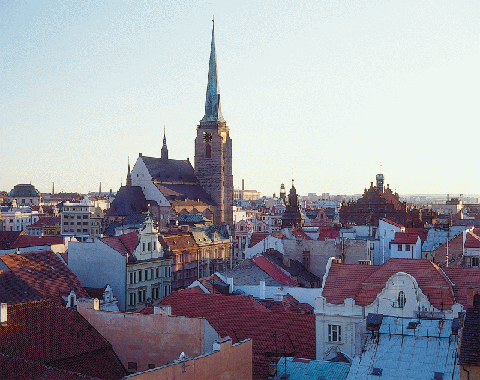 To the northwest of the Czech Republic is the city of Plzeň or Pilsen . A city with a population of more than one hundred and sixty-five thousand inhabitants, and famous for its beer industry (Pilsener) that distributes its product throughout the world.

The city is all surrounded by nature. Its West Bohemian forests or its various hot springs make the city an ideal place as a tourist destination. History and current affairs are also intertwined in their day-to-day life. If you decide to visit Plzeň, you should know that a trip full of fun and relaxation awaits you, thanks in large part to its hot springs.

📖  A photographic journey around the world

In Plzeň you can also discover both a typical Gothic city from the Middle Ages , as well as a contemporary city that emerged after European industrialization in the 18th century. Among all the places that you can discover in this city, below we detail the ones that may be most interesting.

The church of San Bartolomé , is for example one of the places that you should not miss. This church is the oldest in the city since it was built in 1292, and its tower measures approximately one hundred meters. The subsoil of the city is also somewhat striking, since together with the subsoils of Jihlava and Znojmo it is the largest in the entire Czech Republic. Construction of this three-story basement network began in the Middle Ages. Also noteworthy are the imposing and majestic town hall , its bourgeois houses, the bishopric building, its synagogue (the third largest in the world), some of its stone portals or its parks and gardens that surround its already destroyed medieval walls.

📖  Deception Island, a paradise in Antarctica