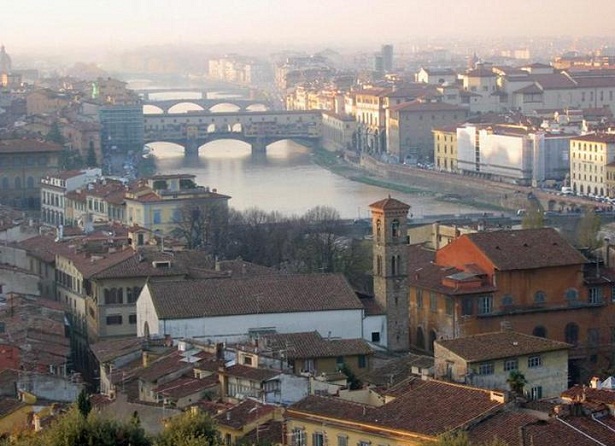 Florence is one of the main tourist destinations in the world due to the wide variety of activities that you can find there and the number of places you can visit, such as spectacular churches, great museums, outdoor sculptures or the best fashion stores as a good city. Italian cuisine, without forgetting of course the gastronomy, that everyone who is going to travel to Italy knows exactly what they are going to eat. But in this case I come to talk about places of interest in Florence and not about food.

You cannot miss the Basilica of Santa María del Fiore , popularly known as the Duomo of Florence , which was completed in 1436 after almost 150 years of works in which some 20,000 people worked. To be able to climb to the top you have to pay, but it compensates, yes, if you have the courage and the physicality to climb the 463 steps that you will have ahead. The Piazza della Signoria is the busiest square in the city, where you have bars, restaurants, shops and the odd sculpture such as a replica of David or the Fountain of Neptune . It has been the scene of the recording of many films from different countries.

📖  The best tourist attractions in the world 2015

Another spectacular place is the Campanile of Florence , an 84 m bell tower. high in which you will also have to pay to climb, this time, 414 steps, but here it is really worth it since from the top you will have impressive views of the city . The Ponte Vecchio is the oldest bridge in the city and the only one that survived the bombings of the Second World War. If you like the Renaissance you should visit the Uffizi Gallery , where you will find one of the best collections in the world with paintings ranging from the Middle Ages to more contemporary and works by the most important artists such as da Vinci, Raphael, Botticelli or Michelangelo.