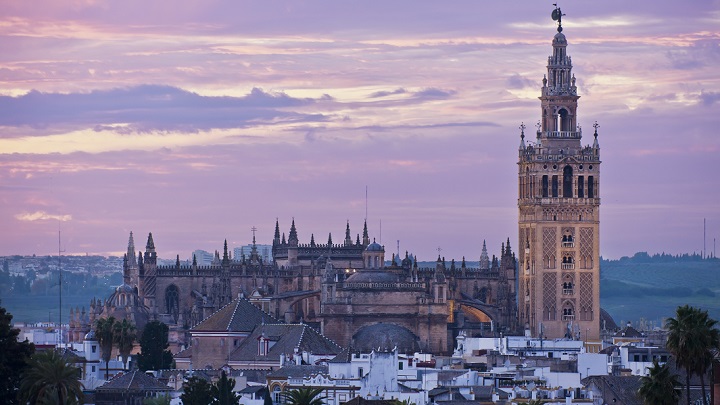 Seville is, without a doubt, one of the places in Spain where Holy Week is lived the most. In fact, witnessing these days in the Andalusian capital is one of the most impressive experiences that can be lived. And it is that the devotion that is palpable in the environment is the most shocking, not to mention the beauty of the processions and the surroundings. And do not think that this is the only important event that takes place during the Sevillian spring. Just a few weeks later, this Andalusian city that is located next to the Guadalquivir celebrates the famous April Fair, a spectacle of extraordinary joy and folklore.

Thus, during the next few weeks Seville will receive the visit of numerous tourists eager to feel the traditions in their own skin. Are you one of them? Well, today we help you find accommodation! And we are going to tell you about the best hotels that can be found in the Andalusian capital based on the list published by the travel comparator Skyscanner. Would you like to join us? 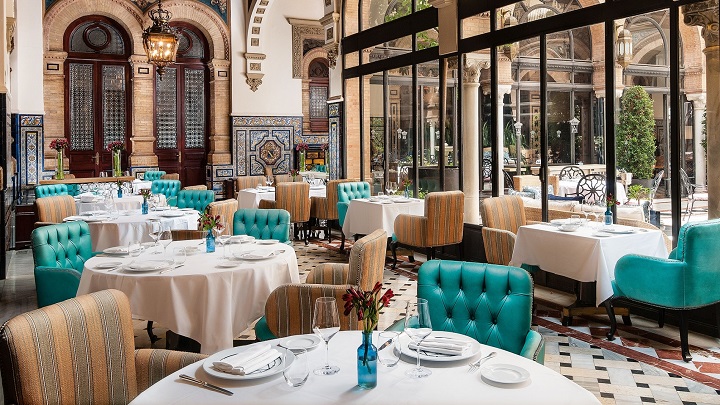 First of all, from Skyskanner they tell us about the Alfonso XIII Hotel, considered one of the most prestigious luxury hotels in the world since 1929. It is located in the center of Seville next to the Cathedral, the Reales Alcázares and the Santa Cruz neighborhood.

📖  The 13 most beautiful new towns in Spain 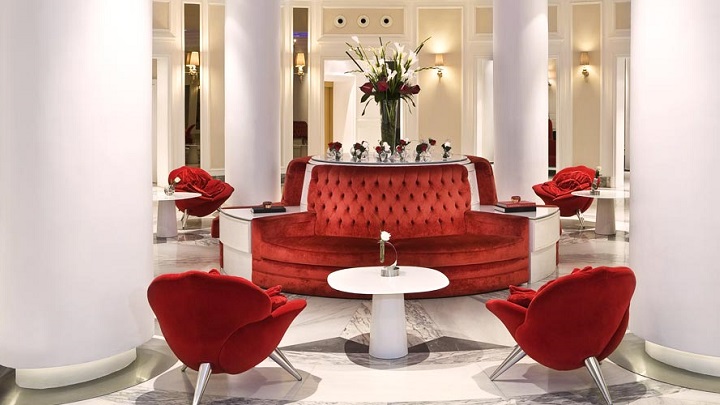 Second, we have to talk about the Hotel Gran Meliá Colón, another luxury hotel located in the historic center. It is an accommodation that offers a perfect combination of art, culture and comfort. In fact, it is considered one of the main emblems of the city. 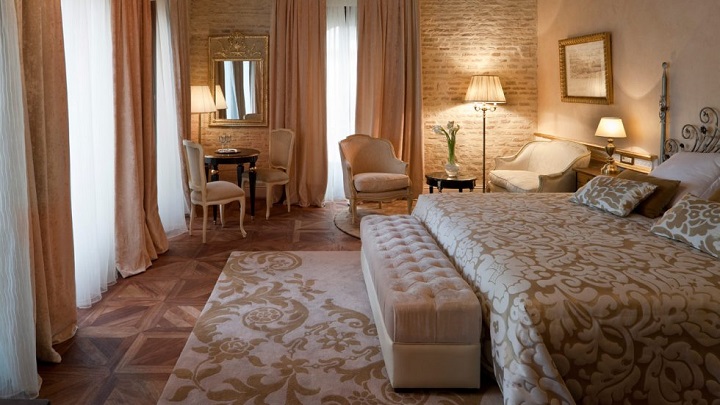 Another accommodation that appears on the Skyscanner list is the Hotel Casa 1800 Sevilla, a palace-house converted into an elegant hotel located in the Santa Cruz neighborhood, next to the Cathedral and the Giralda. 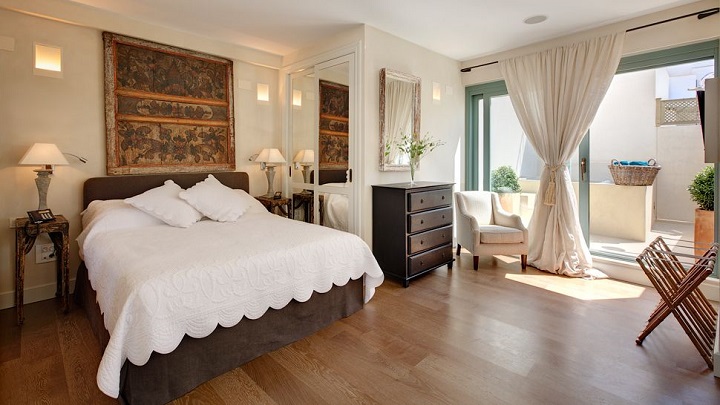 Corral del Rey couldn’t be missing from the list, a meticulously restored 17th century palace-house in a small and exclusive boutique hotel. It is located in the old Alfalfa neighborhood and its architecture highlights its interior patio with Roman columns and carved wooden beams.

House of the Poet 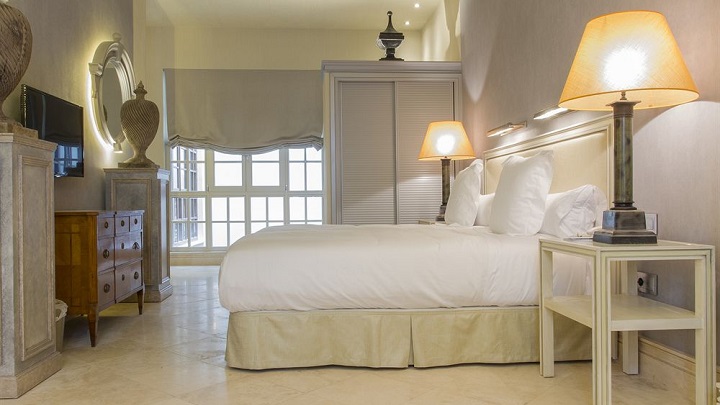 Another accommodation that could not be missing from the list is Casa del Poeta, a charming hotel located in the labyrinth of alleys in the Santa Cruz neighborhood. The building is a 17th century house restored respecting all the traditional elements. 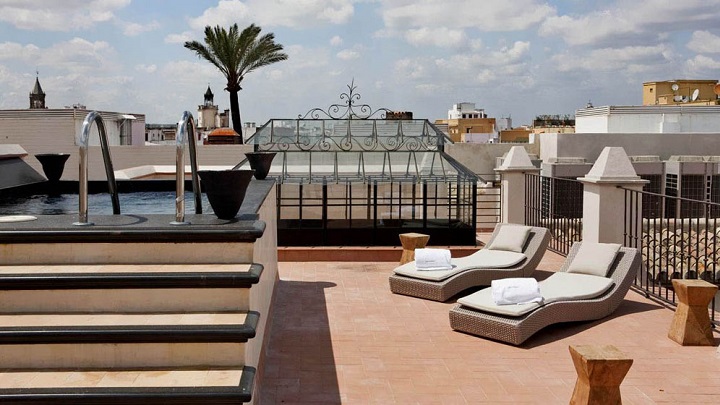 Of course, the price comparison also includes the Hotel Palacio de Villapanes, an accommodation with a special charm that offers exclusive luxury suites that combine art, design and comfort. 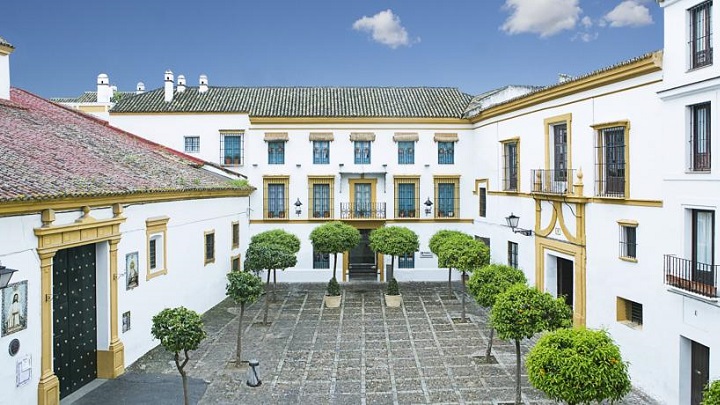 They also tell us about the Hotel Hospes Las Casas del Rey de Baeza, a 4-star hotel located in a classic Andalusian house that offers elegant rooms in soft tones, as well as a massage center and a traditional restaurant. 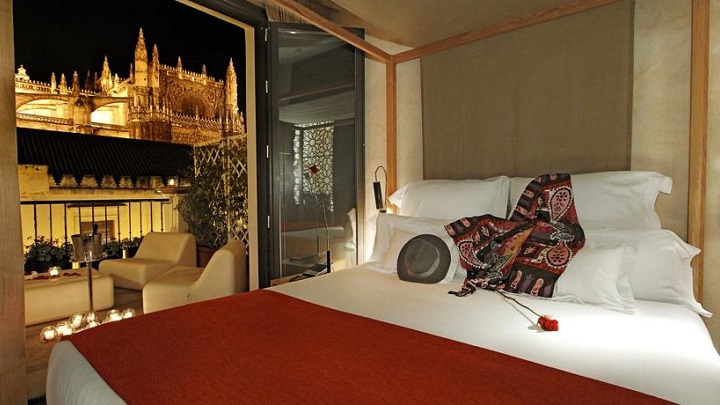 We continue our tour of the best accommodations in Seville at the Eme Catedral Hotel which, as its name suggests, is very close to the famous Cathedral. It is the result of the restoration of 14 typical Sevillian houses from the 16th century. 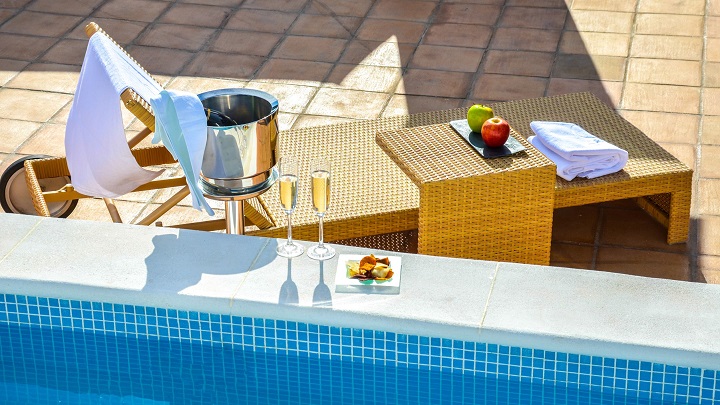 Another accommodation that appears on the list is the Aguila5 Sevilla Suites, which offers privacy and exclusivity in apartments located in the center of Seville, next to the main points of interest in the city. 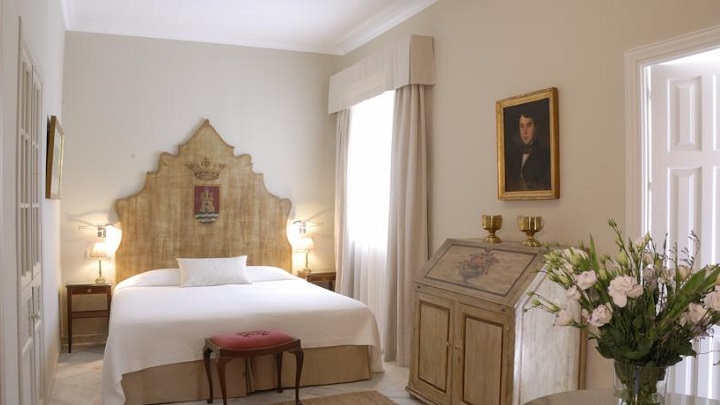 Finally, we have to talk about Casa Nº 7, a small boutique hotel located in the center of Seville that was originally built in 1847 as a private residence. It was restored and converted into a hotel in 1998.