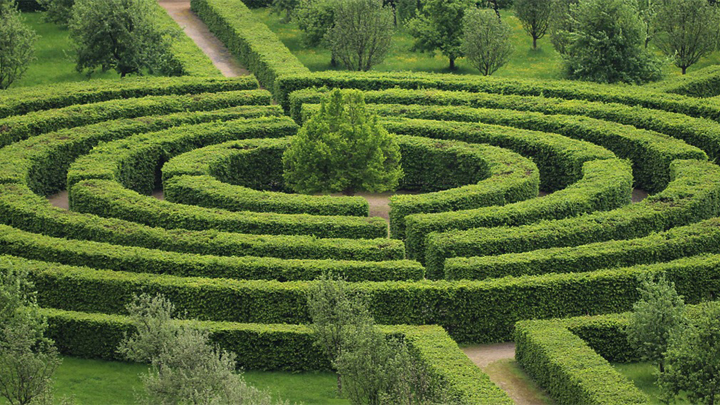 Spain is one of the best destinations for tourism because the possibilities it offers are practically endless: popular culture, architecture, history, gastronomy, beach, mountains, towns… other attractions are added, such as, for example, the labyrinths . These green enclosures, usually within parks, seem to be more common in foreign countries and in Versailles or English-type gardens . However, in Spain, there are also them and they are a good option to visit, in addition, at any time of the year. Where to go? Here we tell you some proposals that you can take into account.

We are going to make the first stop along this labyrinth route in Cantabria. In this autonomy is the Labyrinth of Villapresente , which is considered the largest in Spain, at least, so far.

As its name indicates, this labyrinth is located in the town of Villapresente from which it takes its name, in the municipality of Reocín. Among its attractions is the fact that it is a network of Leylandi cypress trees on an area of 5,625 square meters .

Its interior does not detract. Official data suggest that more than five kilometers of corridors can be covered. And that, we suppose, if everything goes right the first time because its design is inspired by the English labyrinths of the 18th and 19th centuries. Some attractions for which it has become one of the main tourist attractions in this autonomous community. 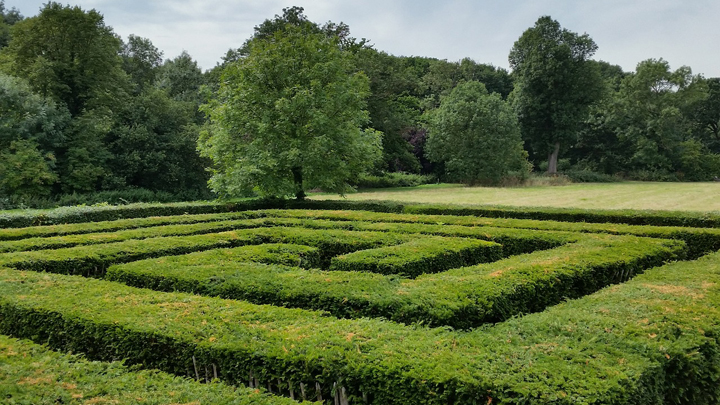 In the Murcian community we also find the Great Labyrinth of Tentegorra , which is located in Cartagena. In this case, this labyrinth holds the first place as the largest vegetable in Spain and one of the largest in the world.

Like the previous one, this labyrinth has also been designed with Leylandi cypresses , which reach an altitude of two meters . This obviously contributes to making the enclosure difficult to see.

This maze is also characterized by being interactive . The visitor has 12 doors that allow the route to be configured as desired. To this is added the possibility of the two itineraries that are offered. Obviously, one is easier and the other is more complicated.

But here the challenge is not only to get out of the labyrinth, but to get to the central viewpoint . From it, you can see the different spirals and the natural route , as well as glimpse the 12 hidden doors in which there is a particularity: each one has a zodiac sign.

In this autonomy we find the Horta Labyrinth Park, which is a garden that is located in the Horta-Guinardó district of Barcelona. This garden, considered the oldest in the city, has numerous works of art, especially sculptures, apart from having ponds, waterfalls, fountains and a canal that runs through the upper enclosure.

📖  The Ham Route in Huelva

In this case, the tree is also cypress, but it is trimmed . It is a set in which you can enjoy environments of different styles , ranging from neoclassical to romantic.

The route, this time, we are going to close it in Madrid. Specifically, in Alameda de Osuna where the Parque del Capricho is located, which is considered one of the most beautiful.

It is a labyrinth made with laurel, which was designed for love play and hide and seek . Its main promoters were the Dukes of Osuna, being built between 1787 and 1839.

By way of curiosity, it should be said that it is one of the most unknown labyrinths in Spain and even in Madrid. And this includes specific areas such as the Civil War bunker .

These are just a few options to have a good time or a few hours depending on how skilled you are in finding the exit and overcoming the challenge.