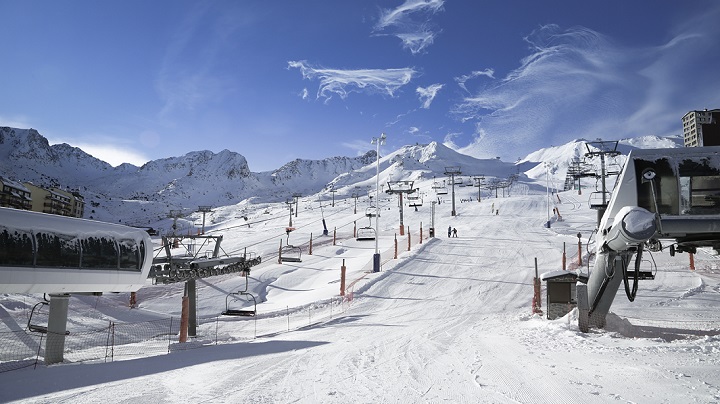 Andorra has become in recent months a topic that stars in news in the media and social networks . The progressive arrival of influencers and youtubers to establish themselves in this small country has generated such interest.

This phenomenon has been promoted to such an extent that some well-known streamer has spoken out against youtuber tourism , denouncing feeling harassed by the presence of followers who invade their privacy.

This youtuber tourism, which is still an incipient trend, is not by far the main source of income for the country. Nature tourism, especially winter tourism, is the great attraction of Andorra. Today we show you how you can enjoy one of the best enclaves and activities in the small Principality, Skiing in Pas de la Casa .

One of the highlights of this town is its proximity to France. Its economy is based especially on border trade and tourism thanks to the fact that it is the only access from the Gallic country to the Principality.

This tourism is enhanced especially in winter. Pas de la Casa is one of the favorite areas for ski lovers . It is located at the foot of the Grandvalira station, the largest in the entire Pyrenees and one of the ones that offers the most activities throughout the year, not only in the winter sports season.

Beyond this, the municipality is one of the few in all of Andorra that has a tourist office to inform visitors about all the possibilities in Pas de la Casa, Grandvalira and the rest of the country. We recommend companies like Estiber , where you can find the best deals for these itineraries. 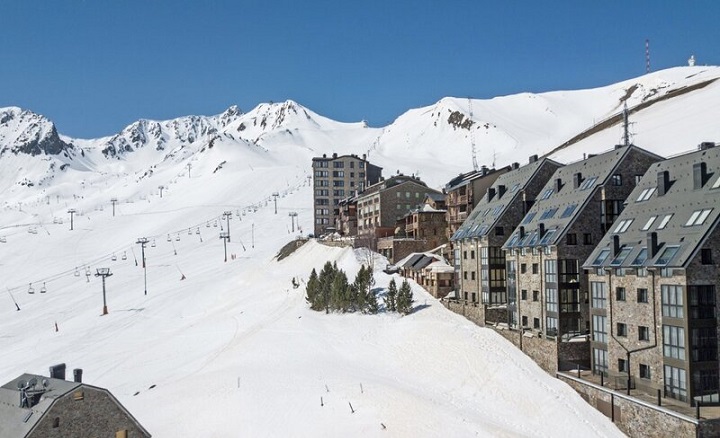 Grandvalira is the nerve center of this and other nearby towns. Going to Pas de la Casa in winter is to enjoy a unique ski resort in southern Europe with endless skiable slopes. In addition, from the Principality some commons (city councils) are working to join Vallnord- Pal Arsinal to Soldeu El Tarter and thereby make Grandvalira Resorts even bigger .

The objective with this proposal is to make the station the fifth or sixth winter sports resort in the world, with services very similar to some stations in the Alps. The idea, in addition, is to recover the vigor of the years prior to the pandemic, since in the 2020 season the losses were around 30 million euros .

Leaving Grandvalira aside, another essential destination in the border municipality is the port of Envalira. It is the highest altitude road crossing in all of Andorra, exceeding 2,400 meters of altitude at some of its points. It can be traveled practically throughout the year, as long as the weather conditions and snowfall allow it.

The town of Pas de la Casa itself is the highest in the entire Principality and the European continent, at about 2,100 meters above sea level. Cycling lovers have an essential destination in this municipality. All of Andorra is a paradise for the practice of this sport, and to this is added the fact that the Port of Envalira was the first ascent in the history of the Vuelta a España, which exceeded 2,000 meters of altitude . In 1965 a stage at the top of the port ended.

📖  What to do during a few days of disconnection in Andorra

Since then it has been a port of passage or end of stage on several occasions, and it has also been a port present in the Tour de France , the last time precisely in the 2021 edition in which the Slovenian Tadej Pogacar was victorious.

To finish with active and nature tourism, it is advisable not to ignore the possibilities of this municipality as a place of origin and passage of important hiking trails in which to enjoy the port of Envalira, the views of the Estany de les Abelletes or the Areja river.

The best shopping and a lively nightlife

Far from being just a winter destination, Pas de la Casa takes advantage of the situation of being at the foot of Grandvalira to grow as a tourist destination . The municipality offers visitors the opportunity to get lost in its streets and enjoy its many shops, the wide range of accommodation and the wide range of restaurants.

In the cultural section, the Church of San Pedro or Sant Pere stands out, and also that of Sant Esteve , which are added to other Romanesque monuments in the Principality such as Santa Coloma, San Miguel de Engolasters, Santa Eulalia de Encamp or Sant Serni del Canillo.

One last point to keep in mind is the local nightlife , as Pas de la Casa is an area with numerous pubs and bars where good music and the desire to meet people are never lacking.