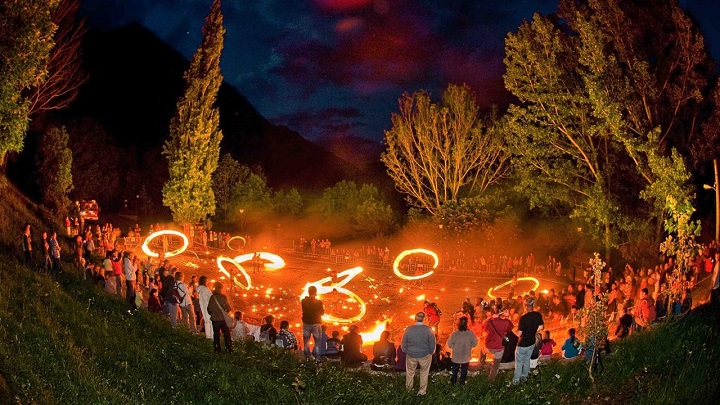 Spain is one of the countries in the world with the most UNESCO World Heritage Sites. Natural parks, cave paintings, modernist works or examples of industrial engineering are among them, but today we want to tell you about a new addition to the list. These are the Summer Solstice Festivities in the Pyrenees , better known as the Fallas de los Pirineos. Logically, they have been included in the Representative List of the Intangible Cultural Heritage of Humanity. It is, without a doubt, the highest distinction for intangible cultural practices and expressions around the world.

Taking into account the importance of these festivals, today at Vuela Viajes we wanted to show them thoroughly. If you have not had the opportunity to enjoy them, we recommend that you do it once in your life, for example, next year. Would you like to discover all the details about the Pyrenean festivals? Well, do not miss anything that we tell you below!

Municipalities of France, Andorra and Spain

Although, in reality, the candidacy of the festivities to the UNESCO list was submitted by Andorra, the truth is that the Fallas de los Pirineos also include municipalities in Spain and France. Specifically, 17 Catalans, 9 Aragonese, 3 Andorran and 34 French. Therefore, we can enjoy this success as much as the inhabitants of Andorra and the neighboring country.

Fire as the protagonist

Despite its popular name, these festivals have nothing to do with the Fallas that are celebrated in some corners of the Valencian Community and, especially, in its capital. Actually, they do have one element in common: fire . In both cases, he becomes the protagonist, although the purpose is quite different, since in the Fallas de los Pirineos no doll is burned, but torches. Lots of torches.

From childhood to adulthood

The Fallas of the Pyrenees are celebrated during the summer solstice (from June 21 to 22) in different municipalities of Spain, Andorra and France, as we have already mentioned before. It is an ancestral tradition that focuses on the fallaires (also called falleros), who come down from the upper part of the towns with bark torches and burning branches. With them, they draw figures in the air, which represents the passage from childhood and adolescence to maturity. Although the moment when the torches descend down the mountain is truly magical, the truth is that you will also love the party that takes place afterwards around the bonfire, with music and food offered by the young people of the town in question.

📖  Excursions to enjoy nature in Mallorca 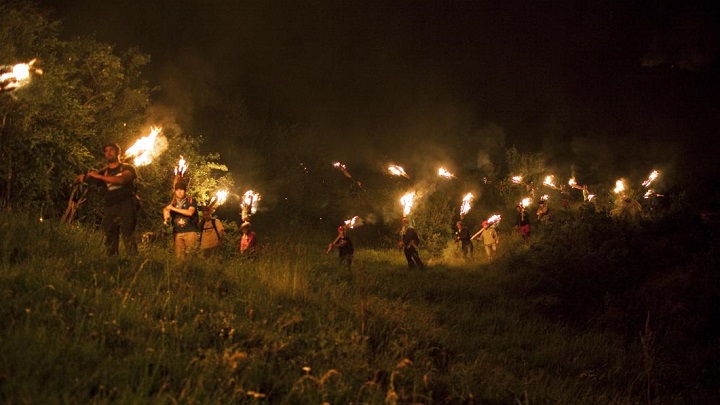 Logically, each of the towns has its own version of the festivities. For example, in the town of Isli (Lleida), a tree trunk is lit at the stake for young people to begin their descent from the mountain. It is also important to bear in mind that, with the demand for recognition by UNESCO, some municipalities have recovered the tradition, which had been lost over the years. In addition, it has also allowed the resurgence of many associations. On the other hand, it is important to know that, due to its incipient tourist attraction, the towns have distributed the festivities throughout the summer. In fact, they have created a failure calendar that allows them to be tracked from June to August. And the fact is that, taking into account the recognition that they have just obtained, a great tourist repercussion is expected, as has already happened with the Vall de Boí or the Patum festivities in Berga.