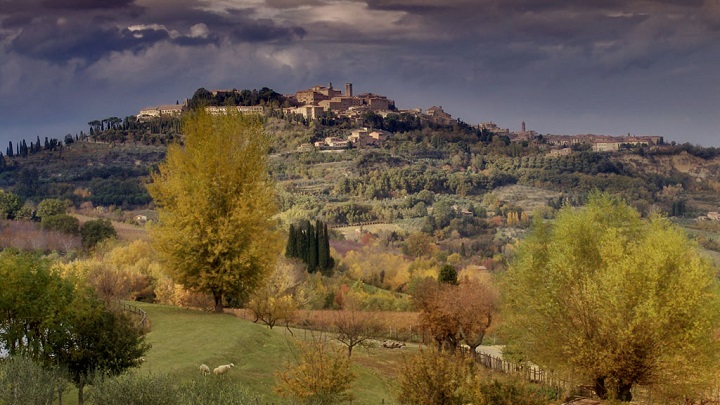 We could spend hours giving good reasons to visit Tuscany (the climate, the gastronomy, the history, the art…), but today we are only going to give you one: the beautiful towns that can be found in this region of central northeast Italy.

World famous for its history, its art, its famous people and, of course, its beautiful landscapes, Tuscany has a heritage that is difficult to match. The best thing is that the inhabitants of the area strive to conserve it. To convince you that it is one of the best destinations in the world, today we are going to show you some of its most beautiful towns . Would you like to join us? 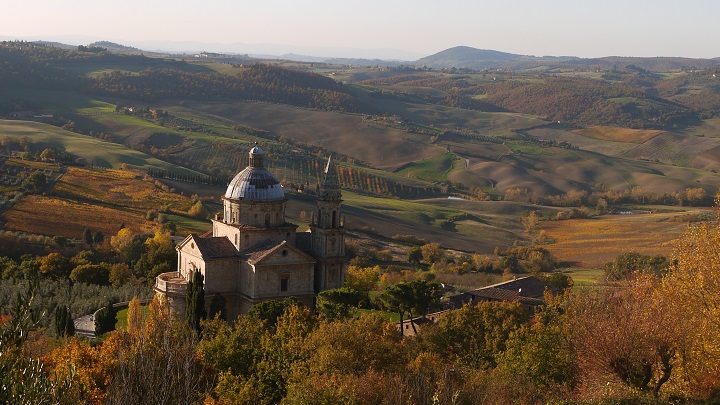 The first town on our list is Montepulciano, a Renaissance corner that also preserves its medieval spirit. Located on a hill, it offers from narrow streets, to defensive arches, passing through spectacular monuments, such as the town hall or the cathedral. 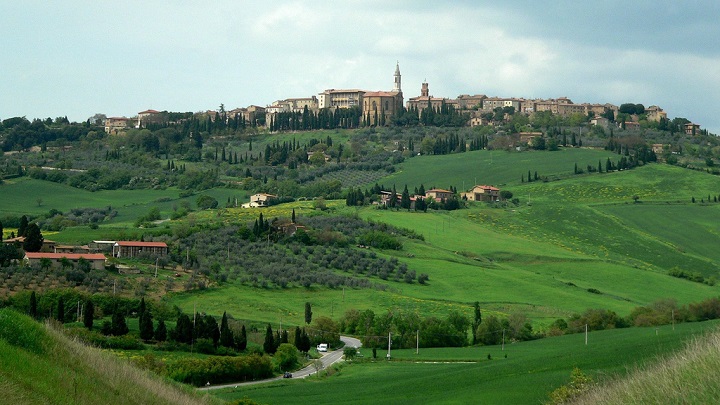 We continue our tour of the most beautiful villages in Tuscany in Pienza, which was recognized as a World Heritage Site by UNESCO in 1996. Example of the Renaissance, it is located in the Val d’Orcia, very close to Siena. The city was devised by the humanist Aeneas Silvo Piccolomini, who was also Pope of the Catholic Church: Pius II . Among its most remarkable monuments is the town hall, the Palazzo Piccolomini or the Duomo. 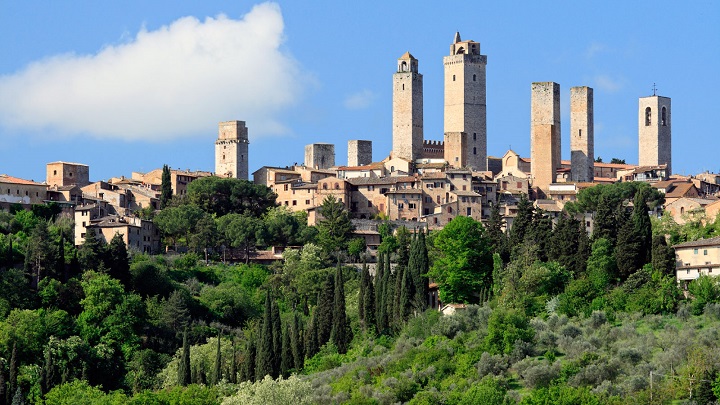 Located in the province of Siena, San Gimignano is known worldwide for the 13 towers that emerge from the landscape. It was also declared a World Heritage Site, something that is not surprising considering its history and its unique architecture . In addition, it preserves the medieval aspect intact. Beyond the towers, it is worth visiting the Duomo, the Communal Palace and the SanGimignano1300 Museum, among many other interesting points. 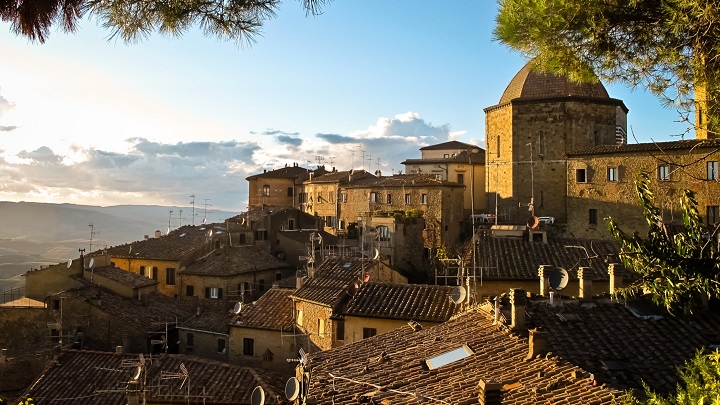 The next town on our list is Volterra, another jewel of medieval architecture. Surrounded by ramparts, it surprises with its beautiful landscape of green hills and ravines and its castles. Among its main monuments are the Etruscan walls , the Roman theater, the Medici fortress, the Duomo and the medieval palace, which has an art gallery. 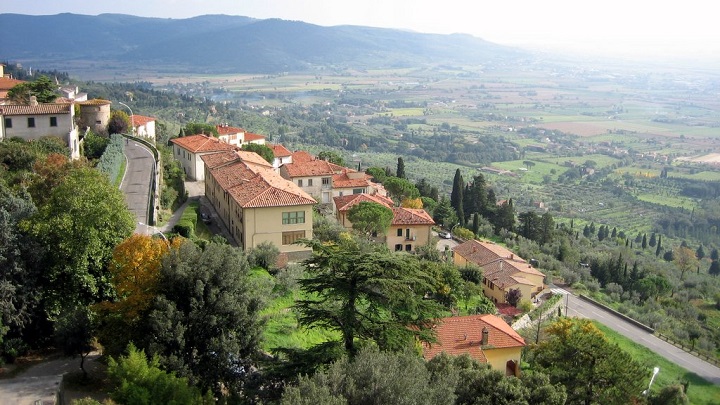 We continue our tour in Cortona, which served as the inspiration for the famous movie “Under the Tuscan Sun”. Situated on top of a hill, it offers spectacular views of Lake Trasimeno and the Val di Chiana. Cortona belongs to the province of Arezzo and stands out, in addition to its beautiful landscapes, for its medieval streets and walls and for its beautiful historic center. In addition, it must be borne in mind that it is a place full of young people , since many university students study here.

📖  The best public monuments in Rome 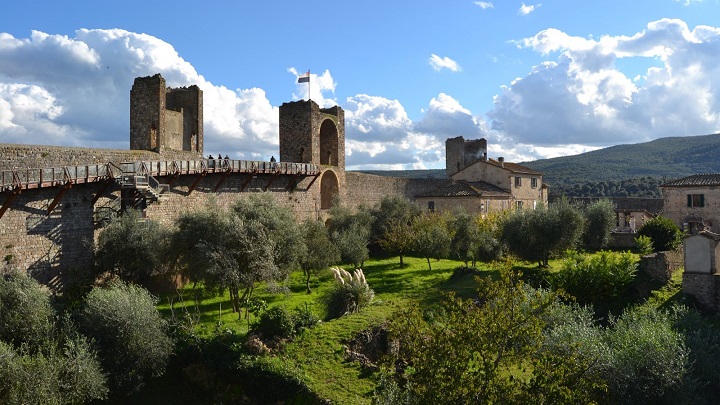 Halfway between Siena and Florence, the town of Monteriggioni stands on a hill, preserving its medieval appearance. In fact, it still preserves the walls and its imposing towers . The setting for films such as "Gladiator" or "Life is beautiful", it is also worth it for its small squares and gardens. 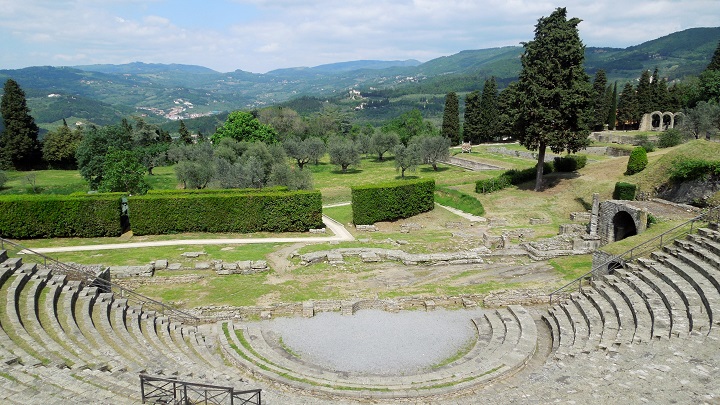 In the Mugello region, just 8 kilometers from Florence, we find Fièsole, a town that preserves numerous archaeological remains of the Etruscans and the Romans. In addition, it must be taken into account that it offers a spectacular climate, which is why since the 15th century it has been considered a perfect summer refuge. 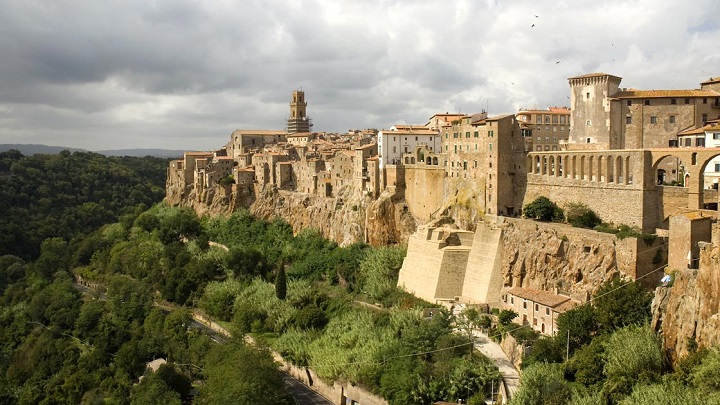 We are going to finish talking about Pitigliano, a town that is worth visiting although it is not usually taken into account when planning routes through Tuscany, since it is very close to the coast. Built on tuff , a porous and light limestone, the town stands out for its spectacular natural landscape, as well as for hiding a small Jewish quarter inside and numerous Etruscan caves.

So that you can easily plan your trip through Tuscany, we help you find each of these towns through this Google Maps map.