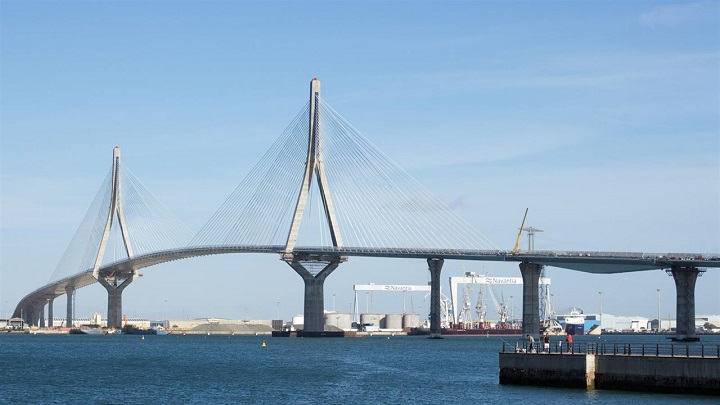 In case the city of Cádiz did not already have enough tourist attractions, now one more has been added. Yes! Yes! As you are reading it! If you live in the area you will already know what we are talking about but if you have not visited the Tacita de Plata in a long time you may not have a clue. We are referring to the Bridge of the Constitution of 1812, the new bridge over the Bay of Cádiz, which has just been inaugurated by the Government.

At the same as the bridge April 25 Lisbon, Portugal, or the Golden Gate in San Francisco, California, again this bridge can become a tourist attraction. And it is one of the great milestones of Spanish engineering. Would you like to discover all the details of this new bridge in Cádiz? Well, do not miss anything that we tell you below!

Cádiz, a benchmark in industrial engineering

The Bridge of the Constitution of 1812, that is how this mega-infrastructure is called, aims to unite Cádiz with Puerto Real, in addition to making the province a benchmark thanks to its modernity. In fact, they are currently at the forefront of industrial engineering. The new bridge will improve access to the city and its connection to the Bay. As if that were not enough, it is expected to contribute to the economic and social development of the City and its port.

📖  Hotel for Robinsones in Girona 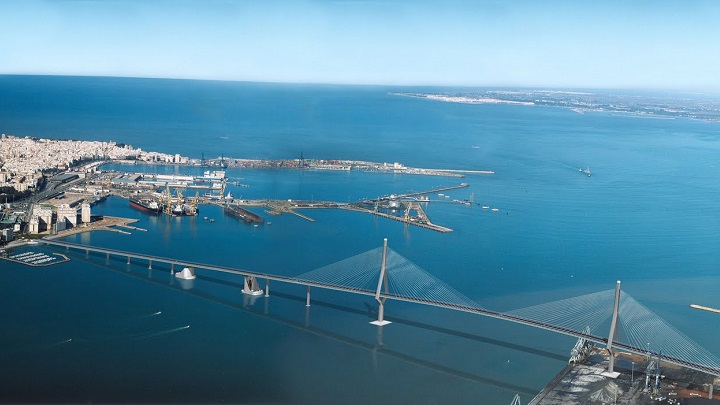 An investment of 511 million euros

The bridge, inaugurated this week, began to be built 8 years ago. The total investment has been 511 million euros, an astronomical amount that does not seem like a big deal if we take into account everything that, as we mentioned at the beginning, is a milestone in Spanish engineering. Designed by the engineer Javier Manterola and carried out by the Dragados company, the bridge was inaugurated 5 years after the date it was originally considered. With a length of five kilometers (3,092 run over the sea), it is 36.8 meters wide, housing two lanes in both directions of travel. In addition, a platform has been built where a tram is expected to circulate. It is one of the projects that the Junta de Andalucía has planned. 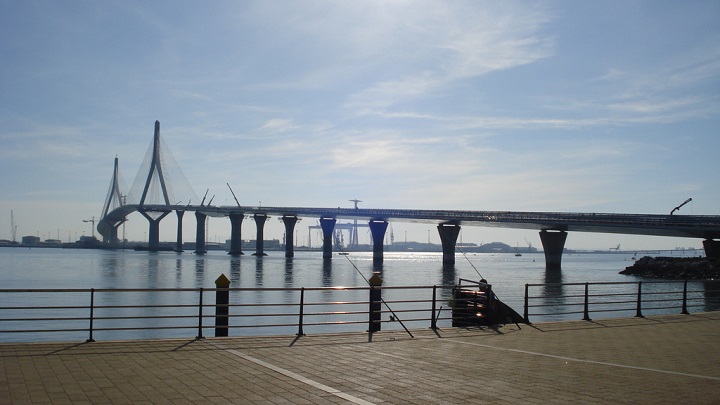 Considered the second tallest bridge in the world (it measures 185 meters high), ahead of the Golden Gate, it has been built using 100,000 cubic meters of concrete, 9 times more than in the Cristo de Corcovado in Rio de Janeiro, and 70,000 tons steel, nine and a half times more than the steel used in the Eiffel Tower in Paris. As for the height of the towers, they quadruple that of the Statue of Liberty. In fact, when you see it in person, its dimensions are very impressive . On the other hand, it is important to bear in mind that it is also the bridge with the largest vertical gauge on the planet and the most expensive and complex work of the Ministry of Public Works in recent years. 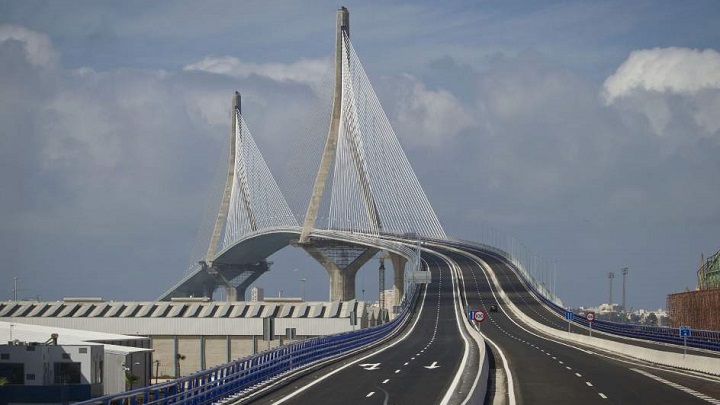 To build the bridge has required the work of up to 650 workers a day. It is made up of four structures: three viaducts (the access to Cádiz, the cable-stayed and the access to Puerto Real) and a removable section, the construction and installation of which has been quite difficult and expensive. Although, as we mentioned at the beginning, the construction has been officially called the Bridge of the Constitution of 1812, everything indicates that the people of Cadiz will call it the “ Second Bridge ”, as they have been doing in recent years.