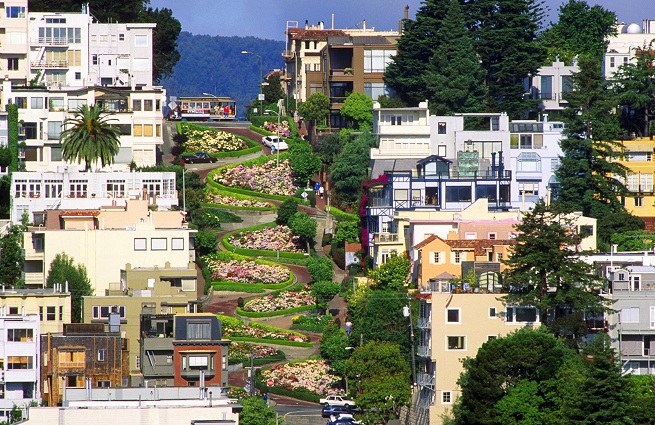 Around a trip there are always interesting things, curiosities and things that make your trip more fun and original. In order to get a really special trip, you have to organize it very well to be able to visit really spectacular places but also others that are very curious and that in many cases do not appear in the travel guides. Every year we see lists with a lot of curiosities, such as which are the most visited places, which city is the kindest with its tourists or, as in this case, which are the strangest streets.

Today I would like to talk to you about that, about the strangest streets in the world and that they have achieved that honor for one reason or another. Here I leave you with a few.

– In the German city of Reutligen there is the narrowest street in the world, a street that dates back to the 18th century and is 31 centimeters wide, undoubtedly a place where only kittens and other animals can climb since it is very difficult to a person can pass through there.

– One of the narrowest is also Parliament Street , in Exter (England), which dates back to the 14th century and is only 64 centimeters wide, very narrow but undoubtedly much looser than the previous one.

– In Holbroock, a city in Arizona (United States), we come across Bucket of Blood street, which in Spanish means "bucket of blood". I don’t know if I would like to live in a place called that. In the United States we find other very strange names for the streets such as Zzyzx Street in California or Church Gay (Gay Church Street) in Arkansas.

📖  Find a resort for the holidays

– As for steep streets, the United States takes the cake with Lombard Street in San Francisco, a city famous among other things for having the steepest streets in the world. Baldwin Street in New Zealand is another of the most vertiginous in the world.

– Finally, I will tell you about Ebenecer Place Street, in Wick (Scotland), famous for being the shortest in the world since it is only 2.06 meters long.