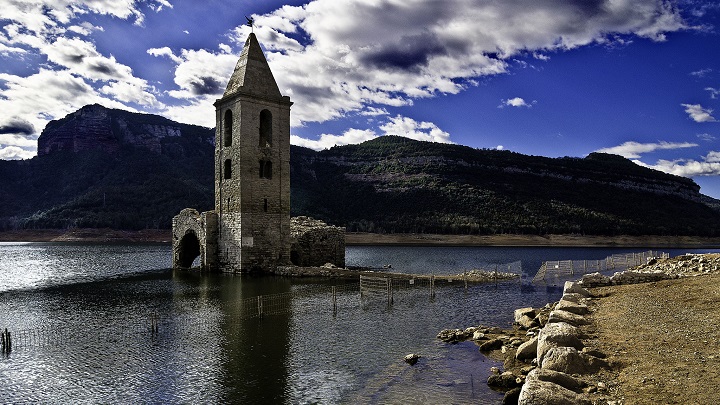 Did you know that in Spain there are around 500 hidden villages under water? The vast majority of them were submerged because of the innumerable hydraulic works that were carried out during the Franco regime, either because the reservoirs and swamps were built directly on the towns or because some of them collapsed, causing great damage. Of course, the increase in the channel of the nearest river or natural erosion were the causes in other cases.

Today at Vuela Viajes we want to take a tour of some of the Spanish towns submerged under water. Many only appear in times of drought and others not even that, but all of them remain in the memory of their inhabitants and their descendants. For this reason, many continue to pay tribute to them. Would you like to join us? 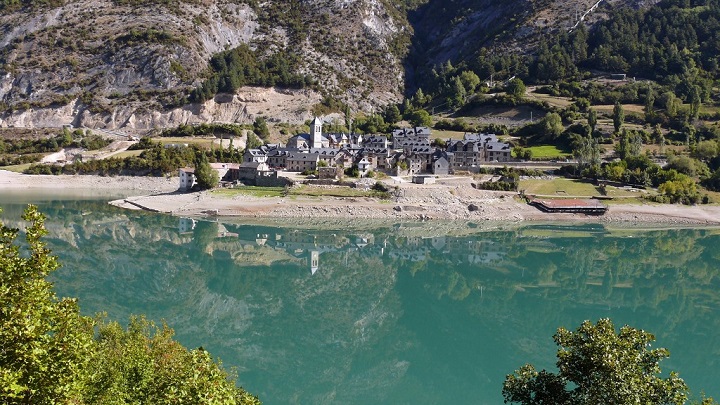 In the first place, we want to talk about Lanuza, a town that began to lose its inhabitants in 1976 due to the construction of the Lanuza Reservoir, until it was completely uninhabited in 1978. The curious thing is that in the 90s the old inhabitants began a process of revitalization to recover the constructions that were not submerged. Today the process is still active. 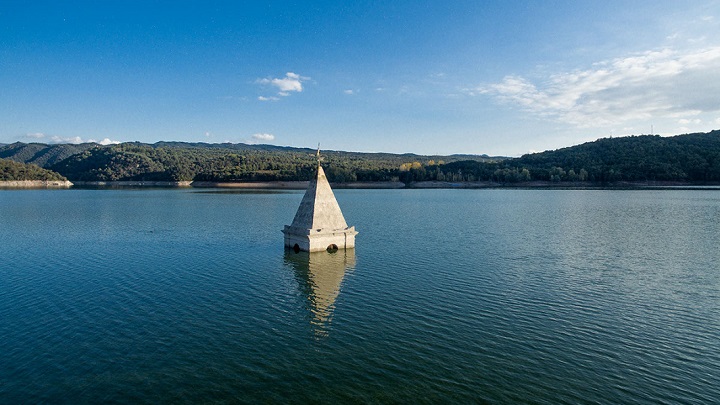 San Román de Sau could not be missing from the list, a town that was literally swallowed by the waters of the Sau Swamp, built in 1962. The surprising thing about this place is that in times of drought the village emerges almost in its entirety. Of course, the church bell tower is visible even when the water level is at the highest. 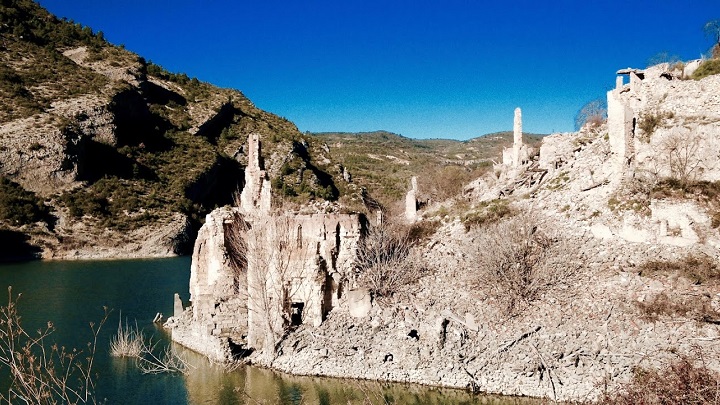 The residents of Tragó de la Noguera had to forcibly abandon their town in the 1960s, when the Santa Ana Swamp was filled. Today only a few remains are preserved, such as the hermitage of Santa Lucia, the monastery of Vallverd and the castle of Tragó. As a curiosity, the great-grandmother of soccer player Leo Messi lived in the hamlet of Blancafort, belonging to Tragó de la Noguera. 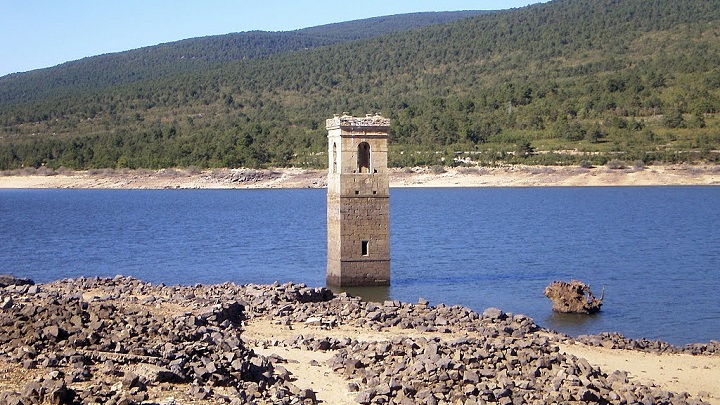 We continue our journey in Soria, where we can find La Muedra, a town belonging to the Vinuesa municipality that was flooded with the construction of the Cuerda del Pozo reservoir. It is still possible to contemplate the church tower in the center of the reservoir. 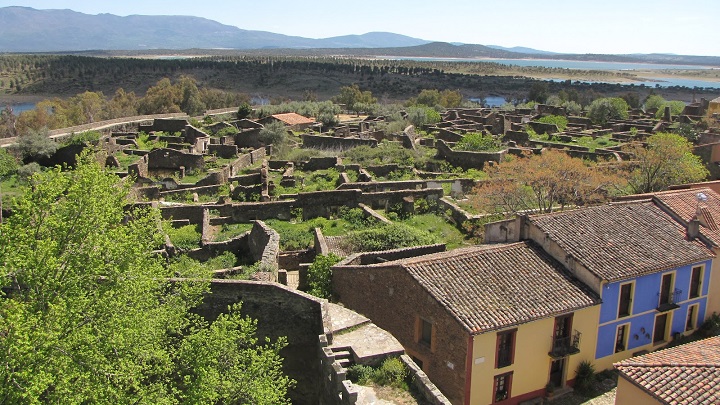 We also want to tell you about Granadilla, an old walled town of feudal origin that was evicted in the mid-20th century when it became a floodplain as a result of the construction of the Gabriel y Galán reservoir. Of course, surprisingly, the town was never flooded.

📖  Route through the most natural Cantabria 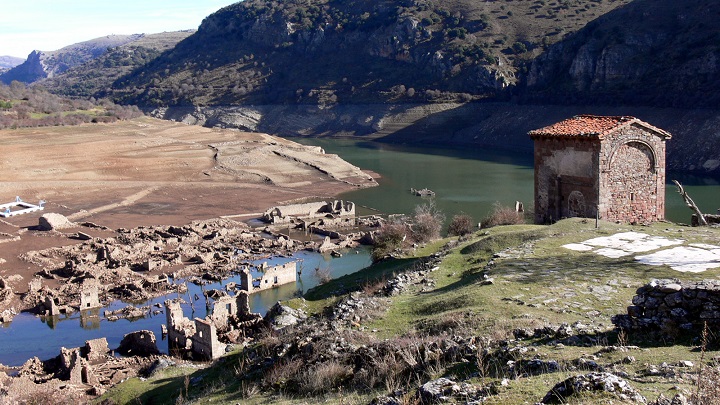 In La Rioja we find Mansilla de la Sierra, which was flooded at the end of the 1950s by the construction of the Mansilla reservoir, although it was again built in a nearby place. During the months of September and October, which is when the packing is at its lowest capacity, the remains of the church and other buildings emerge. 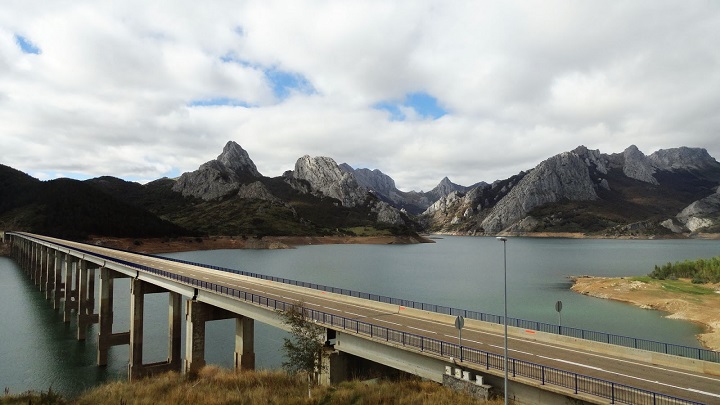 Nor could Riaño be missing from this list, which was destroyed and flooded by the reservoir of the same name at the end of the 1980s. Unfortunately, eight other towns were demolished and later covered by the waters. 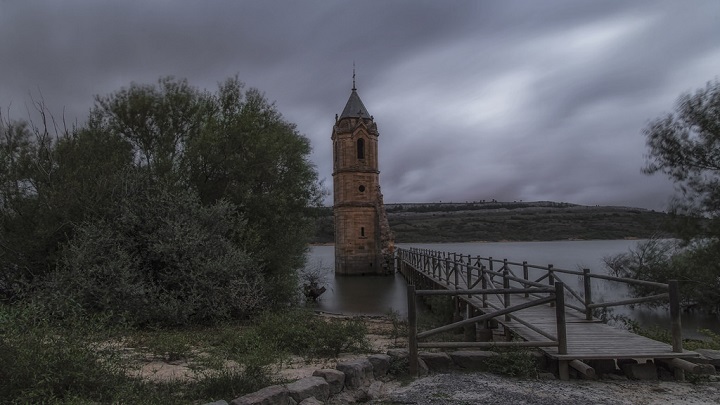 Knowing that we have left many towns submerged in the inkwell, we are going to end by talking about Las Rozas de Valdearroyo, the municipality most affected by the construction of the Ebro Reservoir. The tower of the church of San Roque is still visible, since it remains very close to the shore. In addition, it can be seen up close by crossing a wooden walkway.