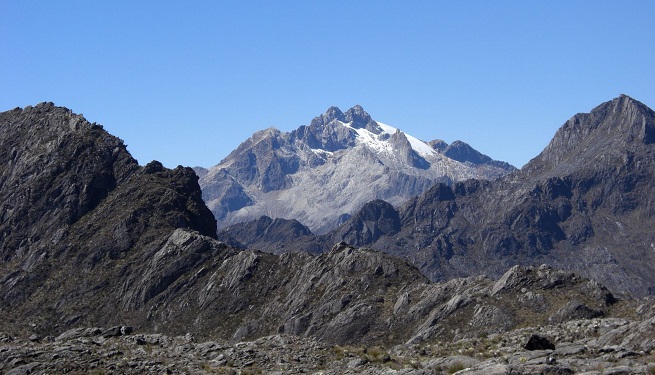 The largest mountain range in South America, the Andes , also has a presence in Venezuelan territory, specifically in some almost 3,000 kilometers from the coast, which makes a truly spectacular landscape by combining the mountains with the waters of the Caribbean . Its highest part is in the Bolívar peak, at 5,007 meters of altitude and which is also the highest peak in the entire country.

The Venezuelan Andes are, obviously, the most important reliefs in the country. They are in the west-northwest and share the limelight with the Sierra de Perijá, which are in the west and are also spectacular. From the Andes area, the depression of Lake Maracaibo stands out above the rest, with about 52,000 square kilometers and which has an incalculable value, both economically and landscape. This basin is home to more than 70% of Venezuela’s oil exploitation.

Since pre-Columbian times, this Andean area has already been chosen by the country’s inhabitants to build their homes and begin to develop their activities. The Venezuelan Andes begin in the Táchira depression and extend in a northwesterly direction for 300 kilometers to reach the Barquismeto-Acarigua depression. The mountain range culminates in a spectacular tectonic block near Mérida and close to other valleys that help to form an imposing natural complex.

Upon reaching Barquisimeto , the chains begin to separate to form different landscapes, with some going to the northwest and others continuing towards the Caribbean mountain system. The Venezuelan Andes encompass the states of Apure, Barinas, Lara, Mérida, Táchira, and Trujillo. They have several mountain ranges, although the most famous are the Sierra Nevada de Mérida and the Sierra La Culata, both in the middle part of the mountain range and in the state of Mérida.

📖  The best beaches on Isla Margarita