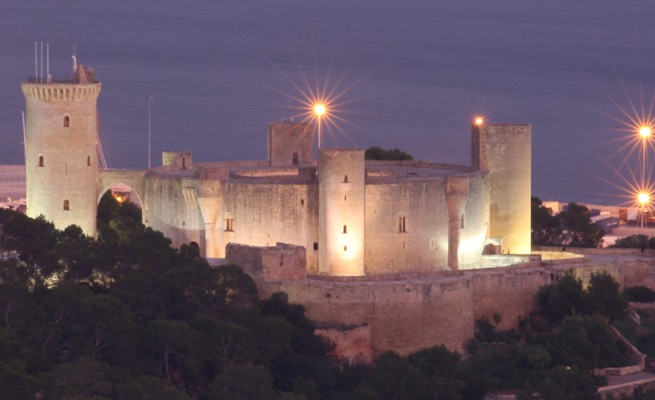 In Palma de Mallorca you can find a lot of places of interest that go beyond enjoying the sun and the beach, something that of course you can also do but that is not the only thing that this city offers, which is also the largest port city in the Majorcan island.

One of the places that receives the most visitors each year is the Bellver Castle , one of the 3 European castles that has a circular plan and is a symbol of the Balearic city. This Gothic-style castle is located 3 kilometers from the city of Palma and was built at the beginning of the 14th century by order of King Jaime II of Mallorca. Subsequently, several renovations have been made but its exterior appearance remains intact, offering a fortress of great beauty to all its visitors.

📖  The most beautiful coastal towns in Catalonia

It is located on a hill 112 meters above sea level and surrounded by a spectacular forest from which you can enjoy wonderful views of the city, the port and the Sierra de Tramontana. A luxury for photography lovers. In the courtyard many acts such as concerts and various cultural events are held , as well as formal acts such as presentations of various kinds. In the compound in the forest are the stables of the municipal mounted police.

It currently houses the Museum of History of Palma de Mallorca , starting as a small museum in 1932 but converted into what it is now in 1976. In the museum you can enjoy the history of Palma de Mallorca from its first settlers to the Middle Ages, in addition to being able to see an extensive collection of classical sculptures by Cardinal Despuig.