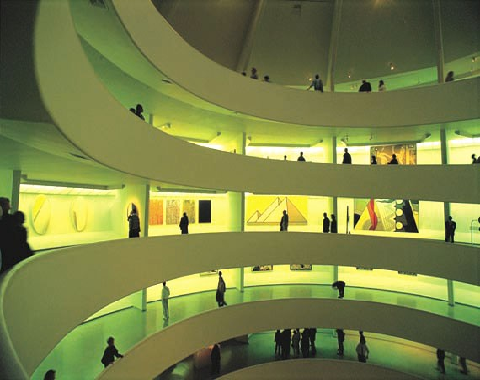 New York is a city where you can find endless things to do and see. Among all these things we highlight in this article the museums that the city houses. Here are some of the most important ones that are worth visiting.

Natural Museum of American History : with approximately thirty million pieces inside, this is one of the most popular museums, especially for the little ones. It is famous for the dinosaur that is at its entrance and also has numerous temporary exhibitions in which they take into account the interaction activities with the little ones.

The Museum of Modern Art , also known as MoMA : where you will find masterpieces by Picasso, Monet or Van Gogh. You can also enjoy a large photo gallery. (the image corresponds to the interior of this museum)

Ellis Island Museum: located in front of the Statue of Liberty is Ellis Island, which has now been converted into a museum. At the time, this island served as a gateway for more than ten million immigrants.

Whitney Museum of American Art : This museum in the city is one of the museums specialized in Contemporary Art.

The Guggenheim Museum : the building that houses it was designed in a spiral by Frank Lloyd Wright. Inside it houses one of the most valuable private collections of the 20th century.

Metropolitan Museum of Art : With its four blocks and a total of two million square feet, this is the largest art museum in the entire Northern Hemisphere. It has become one of the cultural institutions of New York, and in its permanent art collection we can find more than three million works of art.