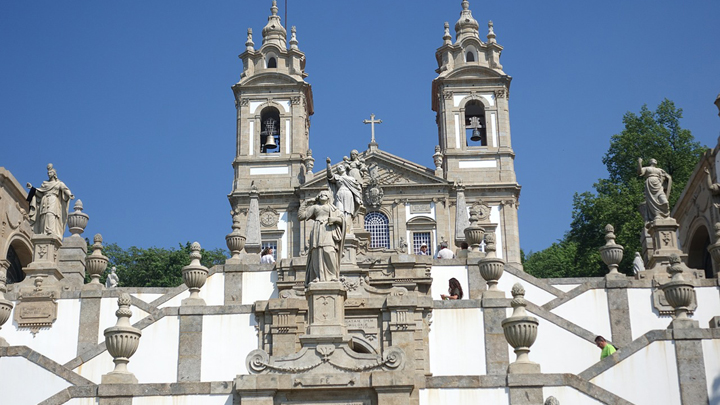 Traveling in summer and enjoying a few days of vacation in another country does not have to be expensive. There are destinations that are cheaper and that do not need many days to see each other, which also lowers the cost of the trip. In addition, many of them have great beauty and are well worth visiting. Within this group of spectacular and low-cost destinations , is the Sanctuary of Bom Jesus do Monte , which is in the Portuguese town of Braga. A place that is declared a Unesco World Heritage Site.

The Sanctuary of Bom Jesus do Monte is about five kilometers from Braga , which is located in the north of the country. Its name, which translated from Portuguese means ‘Good Jesus of the Mount’, has been for many years a place of pilgrimage , although today it is one of the main tourist attractions of this city and the Portuguese country.

However, you don’t have to be a believer to visit it because, the truth is that it is a very beautiful and rich sanctuary from an architectural and artistic point of view. Of course, you have to be a little physically fit -or take it easy-, because it has some staircase accounts to go up and down with which you can save a drop of about 116 meters.

The Sanctuary of Bom Jesus stands out for its Baroque style stairs. It is also a monument that has influenced the architecture and design of other places in Portugal such as Lamego , as well as in other parts of the world in which there has been a relationship with the Portuguese country, such as Brazil, where there are similarities with the Sanctuary of Congonhas . 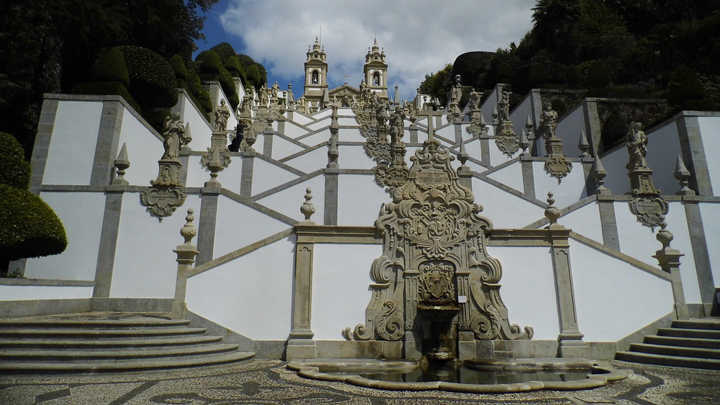 Within this architectural gem, the stairs to climb are precisely one of its attractions. And it is that, while you are ascending, you will find a theological program that contrasts the senses of the material world with the virtues of the spirit, in addition to experiencing the scenes of the Passion of Christ , which made it attractive for pilgrims. that, at the end of the effort, they reached the church , which is on the top of the hill and inside which the paintings of Pedro Alexandrino should not be missed.

Thus, while climbing the stairs, you will go through 17 landings decorated with allegorical statues and baroque decorations that allude to the Via Sacra, the Five Senses or the Virtues, apart from seeing the eight biblical figures that represent the participants in the Condemnation of Jesus.

In addition, it is also worth looking at the sources that are in the different flights of the ladder, since they represent the purification of the believer. And another attraction is the church built between 1784 and 1834 by Carlos Amarante, becoming the first neoclassical in the Portuguese country. Next to it, there is the Museum of the Brotherhood, which houses pieces of sacred art, and the Library.

📖  The 10 most fascinating capitals of Europe

The views from the top should not be missed either, once all the stairs have been climbed, since they are of great beauty and allow you to see all the stones, apart from some beautiful sunsets and the panoramic view of the city.

And, if you do not want to climb the stairs, another option to get to the top is to do it on cobbled roads where you can walk or circulate by bike or on horseback , although all the charm is lost.

The Sanctuary of Bom Jesús do Monte has several access routes. One of them is on foot, while it can also be reached by car, urban bus or by using the funicular which, precisely, is another of the attractions of this area, since it is considered a representative work of engineering of the 19th century .

In addition, this funicular was the first to be installed in Portugal, dating back to 1882. As a differential element, it should be noted that it uses a water system with which it is possible to overcome a slope of 300 meters in about three minutes of time. A funicular that is the oldest in the world, but still running smoothly.