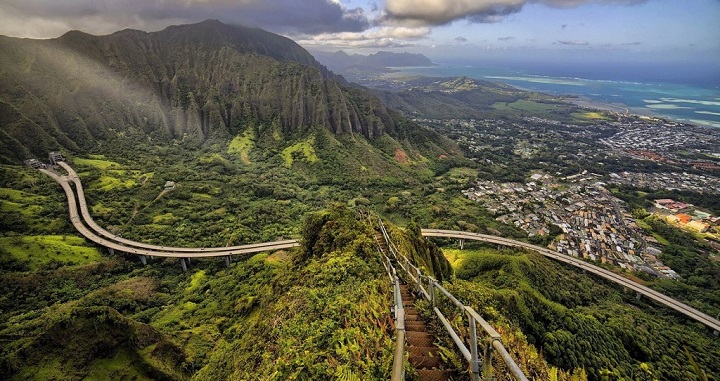 Do you want to continue knowing incredible places? Well, you are in the right place and at the right time, since today we are going to show you one of the most spectacular corners of the world. It is located in Hawaii, but it is not a paradisiacal beach or a volcano, but one of the longest stairs on the planet. We are referring to the Haiku Stairs ( Haiku Stairs ), used for decades to bridge the 700-meter gap that exists to reach the top of Mount Pu’u Keahi A Kahoe.

Would you like to know more about these impressive Hawaiian stairs? Well, do not miss anything that we tell you below!

The Haiku Stairs, located north of the island of Oahu in Hawaii (United States), stand out for their length. And we are talking about more than 4,000 steps. Yes! Yes! As you are reading it! The most curious thing is that, although they stopped being useful in 1987 (we will explain why later), today there are still many tourists who dare to climb to the top of the mountain. And that there are a lot of posters that prohibit the passage. And why do they do it? Well, beyond the morbidity of breaking the rules, the truth is that when you climb the stairs you get impressive views of the entire island. 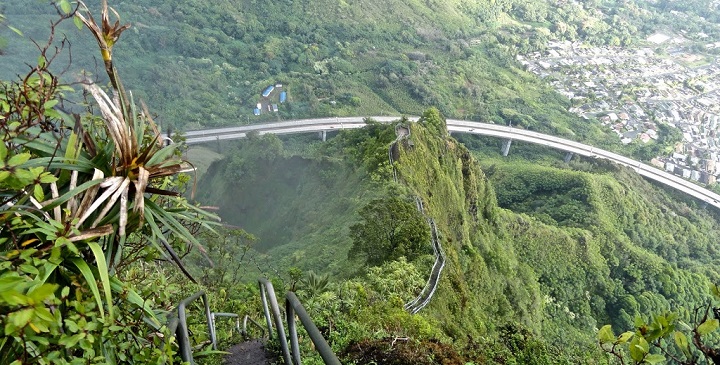 In the middle of the War of the Pacific

Known as the Stairway to Heaven, construction began in 1942 during the War of the Pacific. In fact, the main objective of this construction was to install a radio station for military purposes. Apparently, the United States needed to send low-frequency signals to communicate with the submarines surrounding Japan , so they had to install a transceiver high up. For this reason, the peak of this mountain was chosen. Although the first steps that climbed the mountain were quite precarious, later the wood was replaced by a concrete structure. However, the military base and the radio station closed at the end of the 90s although, as we have mentioned before, many hikers and tourists continue to climb to the summit due to the beauty of the landscape. 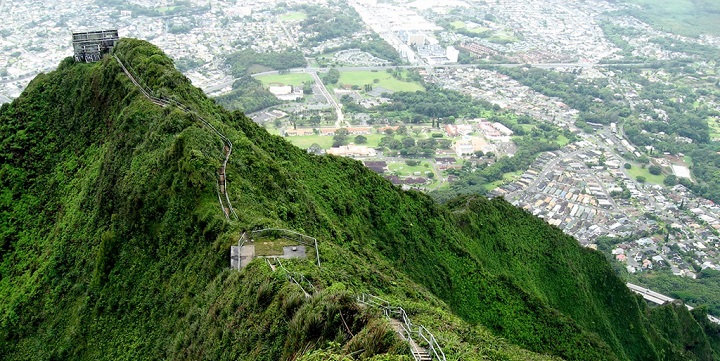 As we have already told you before, there are many signs that prohibit the passage. This is so because in many sections the ladder is quite dangerous. In fact, it is advisable to go up with someone who already knows the way. However, despite the dangerousness of the staircase, the government does not want to cover the cats that would entail conditioning the entire route to make it a safer place. And that the steps were repaired in 2003 at a cost of $ 875,000. Fortunately, some volunteers are in charge of keeping this historical monument in the best condition. 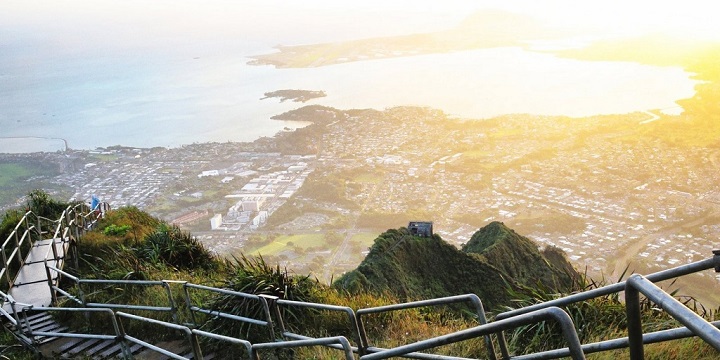 Although the ascent to the top of the mountain by stairs is prohibited, you can do it easily by avoiding the security guard that is usually at the beginning of the route. And although, as we have mentioned before, there are some dangerous sections, the truth is that, in general, the walk is not one of the most difficult on the island. Either way, it’s worth getting to the top, as the views from the top are truly impressive. It would not be daring to say that from this place you get the best views of the island of Ohau. Next we leave you with our gallery , where you will find more beautiful images of the Haiku Stairs. Do not miss it! 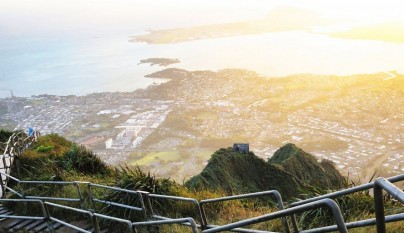 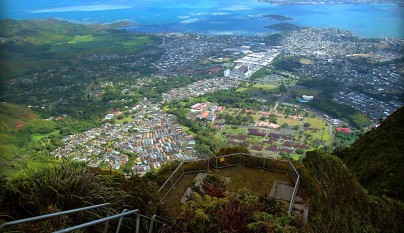 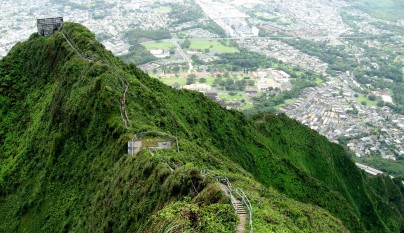 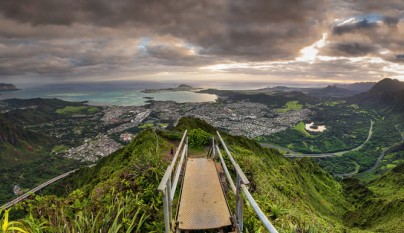 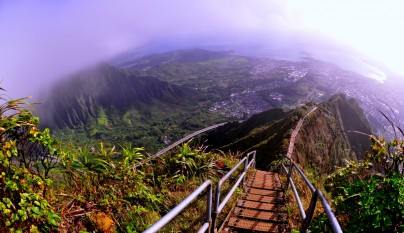 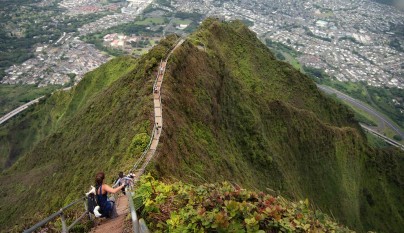 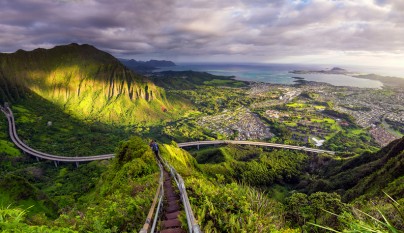 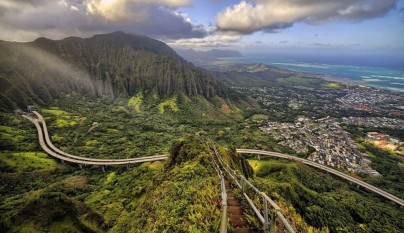 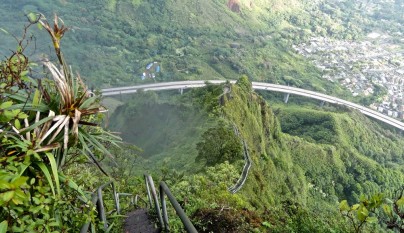 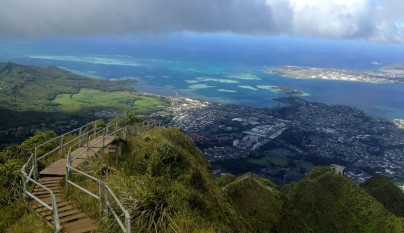 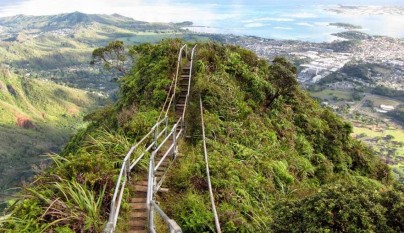 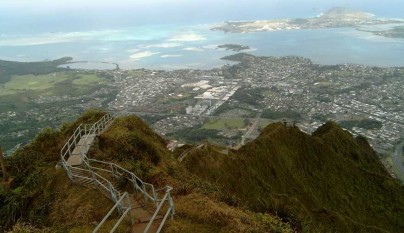 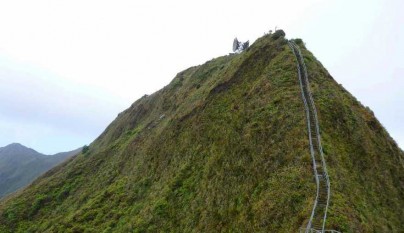 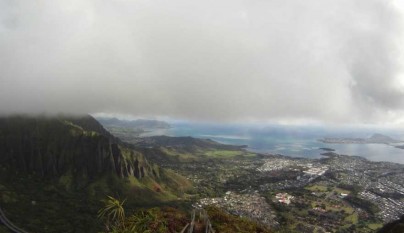 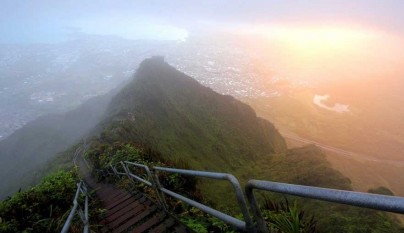 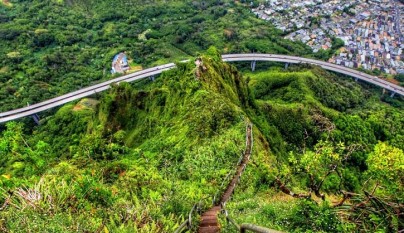