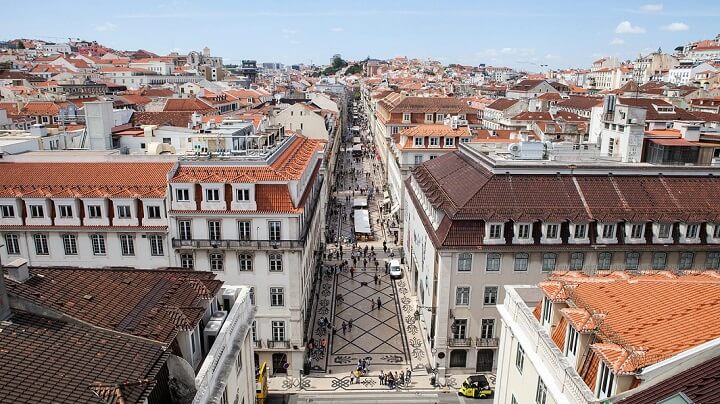 When we set out to travel the world, we first think of continents, then we stop at countries, and finally we focus on the cities that may interest us the most. The lack of time and budget means that we have to limit our trips to the maximum, so it is logical to carry out searches on the Internet in order to collect information about cities.

In today’s article we want to go one step further to recommend streets that will leave you with your mouth open. They are, in my humble opinion, the 10 most beautiful in the world , although I am convinced that I will have left more than one due to sheer ignorance. That is why I encourage you to leave a comment indicating which ones you think should be in this post. 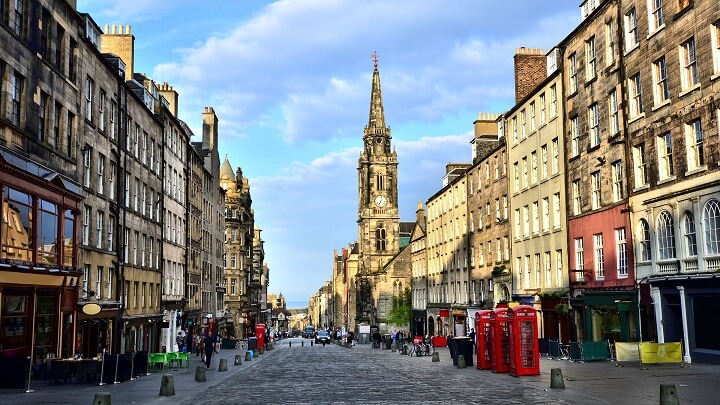 The most important street in Edinburgh is right in the old part of the city. It measures almost two kilometers in length (a Scottish mile, which is 1,814.2 km) and takes you to the Castle of the capital. There are those who dare to say that Princes Street , in the New Town, is prettier than the Royal Mile (in the Old Town, Old Town), but they are in the minority for obvious reasons. The charm that this street has is hard to match. 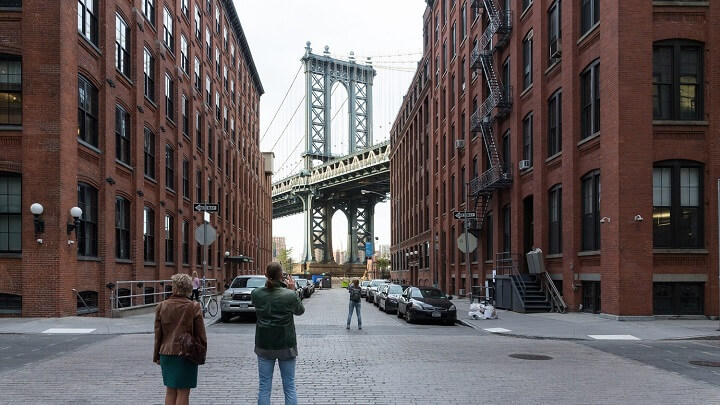 If you are looking for the most authentic side of New York, you should not only visit the Empire State Building or the Statue of Liberty. You should also go to places like Washington Street, a street with brick buildings seen in the middle of Brooklyn . It reflects the most authentic side of the industrial style that has spread throughout the world, and it is also appreciated that it is not full of skyscrapers as is usual in the rest of the streets of the Big Apple. 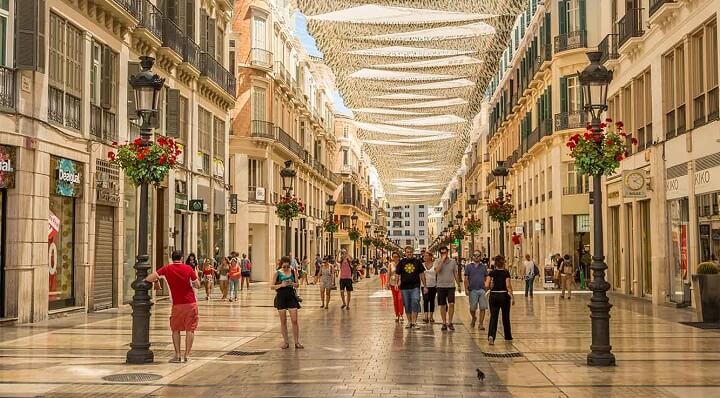 Neither Barcelona nor Madrid. The most beautiful street in Spain is in Malaga. It is one of the arteries of the city and walking through it is a must. In fact, it is something that we proposed to you when we wrote the article about what to see in Malaga in one day . What characterizes it, and incidentally gives it a special charm, are the awnings that cover the street so that it is possible to withstand the summer heat. At Christmas, of course, it becomes a sight to behold thanks to the lights that dress it from the beginning to the end.

📖  Tips for staying in a rural house 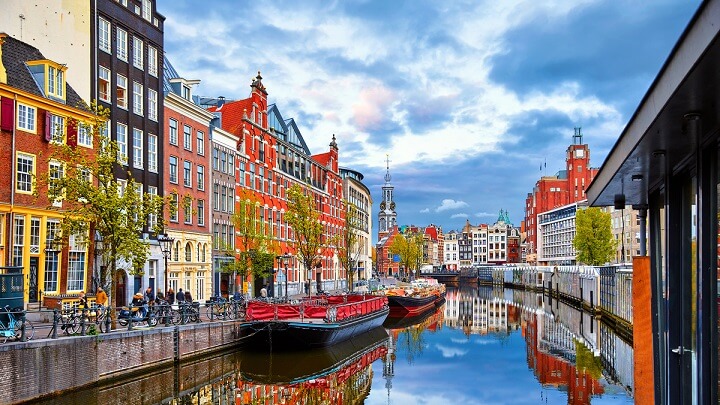 Amsterdam could not be left out of a list like this. Surely you were already thinking about its most famous street when you accessed this article. It is called Brouwersgracht, which is the canal, but it is so called because in those parts they do not distinguish between the canal and the street. Its buildings are what make it a street worth photographing. Formerly they were breweries (the name of the street means " beer channel ") and today they are buildings where people live who have the privilege of being part of one of the cities with the cleanest air in the world, something that is due to the use of the bicycle as the main means of transport. 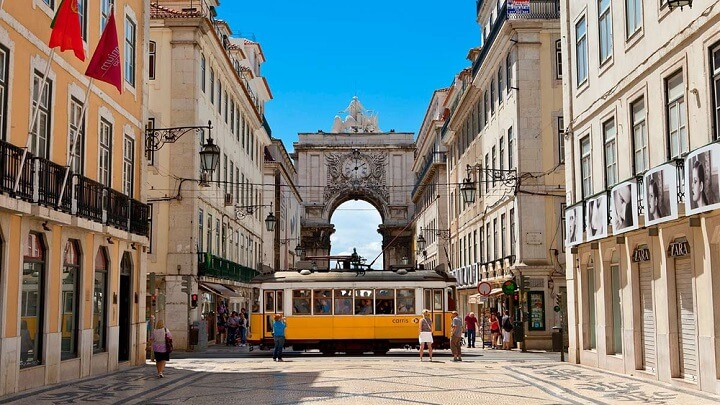 Lisbon, a beautiful city like few others, you have streets with a lot of magic. One of them is Rua Augusta, a commercial promenade where you can walk very comfortably thanks to its width. In addition, you can go under its Arc de Triomphe after seeing a tram crossing the street at a very short distance. 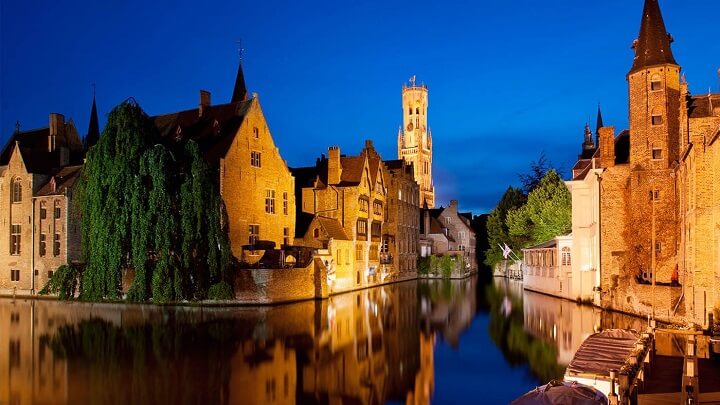 In Bruges, where you should always carry your camera well prepared, you can see beauties of the caliber of Rozenhoedkaai, which is undoubtedly the most photographed place in the city for the views it offers. It must also be said that it all began here, since the Vikings decided to found it in the 9th century, taking as a starting point an area that they named "Brygga", which means port, shelter or refuge. 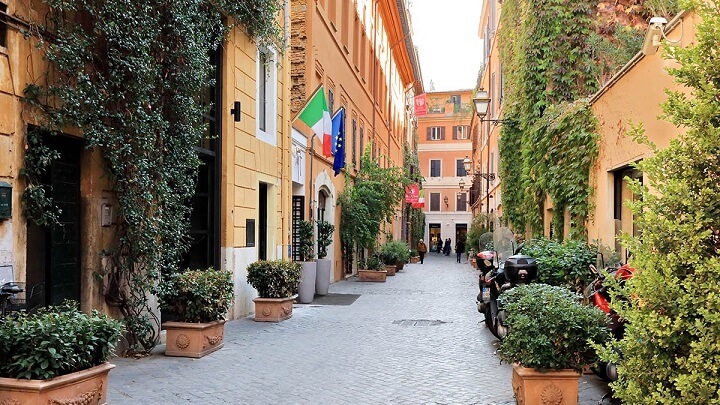 The fantastic Italian filmmaker Federico Fellini lived on this iconic street. It is not one of the best known in the city because it is rather small, but it is irresistible for those who stick their heads out to see what there is. It is near the Piazza di Spagna and is where Gregory Peck and Hepburn rested in the movie Roman Holiday: Via Margutta . They didn’t pick a bad place, of course. 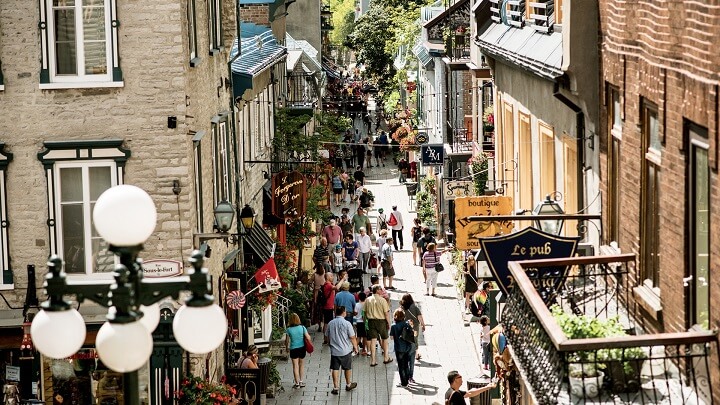 Be very careful with this street because it is the oldest commercial street in North America. Its stairs, known as Breakneck Steps because of the problems that occur in winter due to slipping, are part of the appeal of a narrow street that stands out for the Nouvelle France-style architecture with which its buildings are soaked, so you feel like in the Normandy of a few centuries ago. As you can imagine, it is at Christmas when this street looks the most. 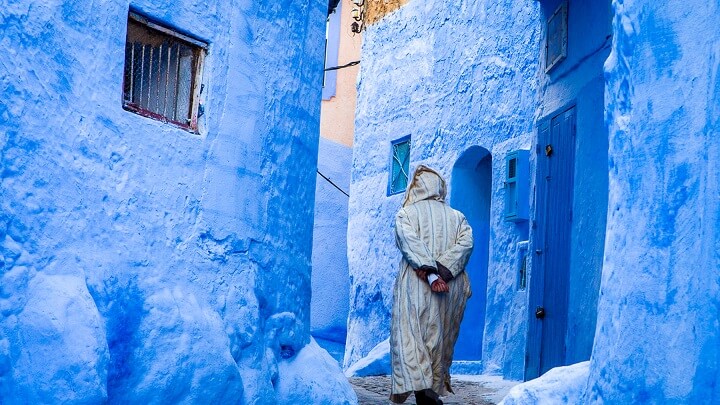 It is not a specific street, it is all the streets of Chefchaouen, which is considered one of the most beautiful towns in Morocco . The floors are white, but the buildings are blue (including doors and windows). Why? Well, there are those who say that it is the color that the Jews used so as not to use the green of Islam , but there are also those who hold the theory that it is a color with which they drive away flies. Be that as it may, it is an experience that is worth living in the first person. 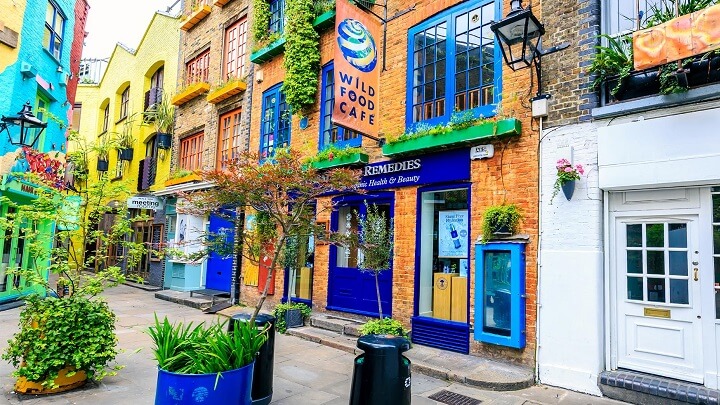 England, and more specifically London, is a place full of streets with a lot of magic. Perhaps the most prominent of the capital is Neal’s Yard, which is a box of surprises located in Convent Garden, between Shorts Gardens and Monmouth Street. There are bright colors on the facades of the buildings, a herbalist with a lot of history , a vegetarian restaurant where they serve delicious dishes … In short, a picturesque street where there is room for the alternative.

Recommended article: The most spectacular monasteries in the world