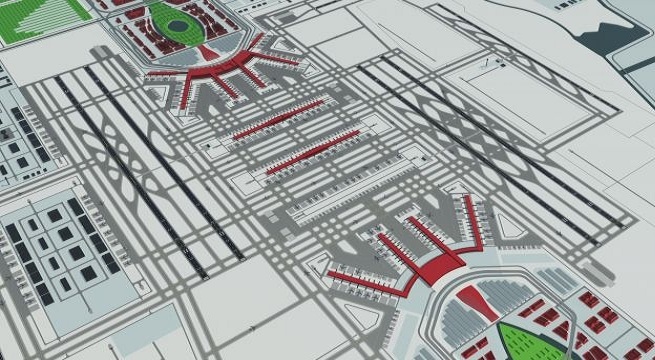 The plans to build a new mega-airport in Beijing have already been shown to the public by the Dutch firm NACO. The luxurious and spectacular airport will be located on the outskirts of Beijing and will have a capacity for 130 million passengers a year, 23 million more than JFK and Heathrow Airport combined. This will be the second airport in the city but the first in the world of this size.

The new airport will offer a second point of arrival to the city. The current airport receives almost 75 million passengers a year. The Beijing Capital International Airport does not have all the luxuries that the new one is already rumored to have. With the name of Beijing Daxing International Airport , this mega construction will open its doors in just 5 years, in 2017.

The plans that have been made public these days show a new airport that will be distributed over 55 square kilometers and will include eight runways. The designs also show the different transport points that passengers will have to go from one place to another without wasting much time. A high-speed train will depart from Beijing to take travelers to the airport. A new metro line will also be put into operation.

📖  The largest freshwater lake in the world