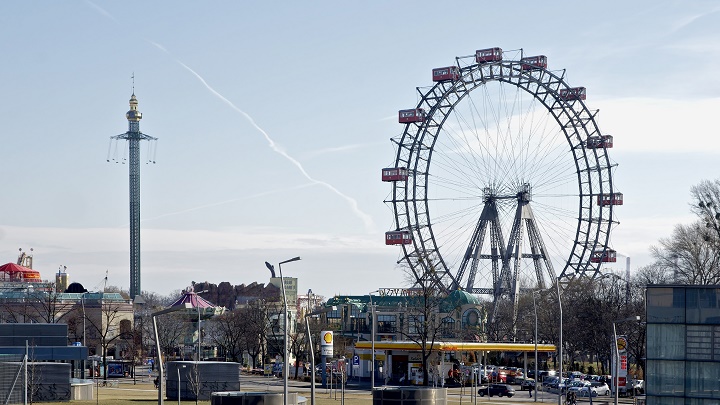 If you have ever had the privilege of traveling to Vienna , I am convinced that you have seen it. Its giant Ferris wheel is the symbol of the Prater, a work inaugurated in 1897 thanks to the English engineer Walter B. Basset , who together with a group of workers was able to build a spectacular attraction to celebrate the 50th anniversary of the Crown of Francisco José I.

Unlike what happened with the Ferris wheels in London, Paris, Blackpool and Chicago, which were also built by Basset, the one in Vienna was able to stand upright despite the wars and natural disasters that came years after he saw the light. Of course, in 1945 the Second World War was primed with the technical installation and the cabins, which had to be rebuilt at the same rate as the rest of the city. 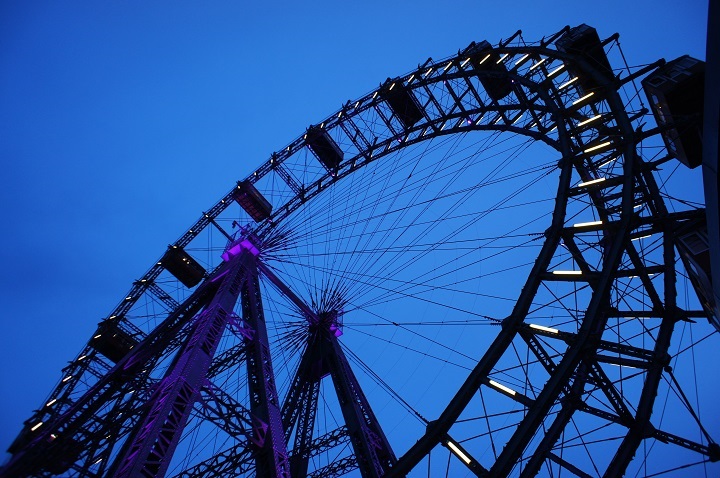 A piece of history and various services

Some of the booths that were lost due to the war are located at the foot of the facility, away from the rotations of the Ferris wheel. They are used to illustrate their history through handmade figures and mechanical installations that evoke bygone times.

There is also a café-restaurant with the culinary specialties of the area, a shop full of artisan products to give as gifts and a photoshop that is worthwhile. You can take a picture with the giant Ferris wheel in the background just before entering one of its cabins.

To the above we must add a service that is working quite well for them. You can rent a cabin with catering included to enjoy a romantic evening. When I had the opportunity to climb during my trip to Vienna, I saw a couple enjoying the best views of the city between glasses of champagne and canapes that I could not decipher what they were made of. 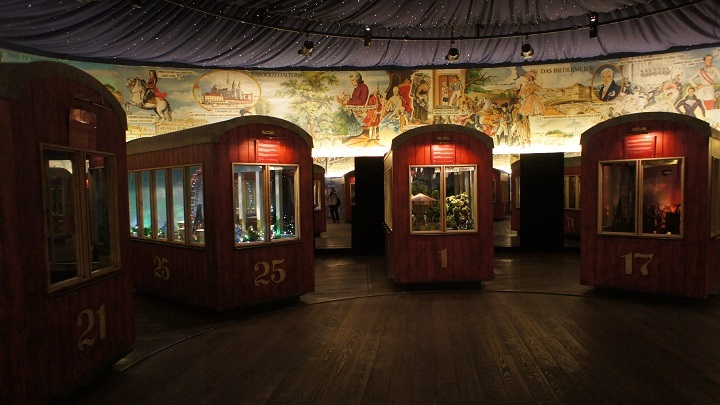 In short, you cannot miss this work of art of engineering from the 19th century that has been an emblem of Vienna for more than 100 years. Admission is 9 euros for adults and 4 euros for children between 3 and 14 years old.

Recommended article: What to see in Vienna.