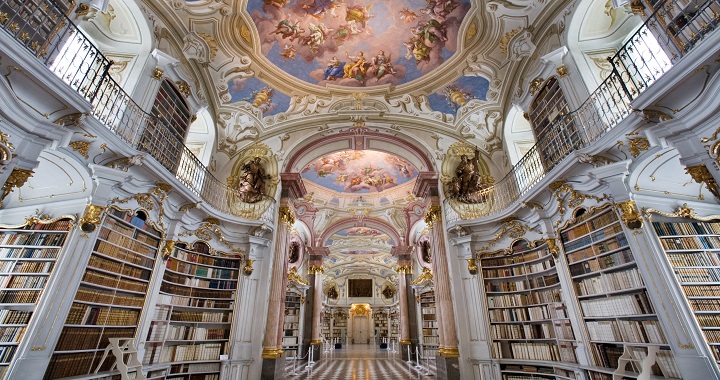 Although they are not usually among the most frequented tourist attractions, the truth is that throughout the world you can find libraries that deserve to be visited. We refer to those spaces for study and reflection that allow us to travel through the centuries and enter all kinds of stories surrounded by an environment of immense beauty.

These are places that we should visit at least once in our lives, but since we know that this is almost impossible for the vast majority, today we wanted to bring you closer to some of the most beautiful libraries on the planet. Would you like to join us? 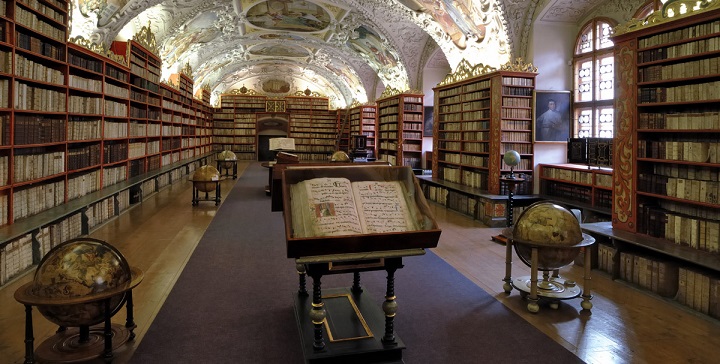 What do you think if we start our tour of the most beautiful libraries in the world in Spain? Among other temples of literature that our country houses, we want to highlight the library of the University of Salamanca, which is the oldest university library in Europe (it was built in the 13th century). Its access is limited, so that only a few privileged people have been able to enjoy its shelves full of history, where you can find first editions of authors of the stature of Quevedo or Cervantes. In addition, we must not forget that it is a jewel of Renaissance architecture.

📖  Tips for traveling to Germany

General Library of the University of Coimbra 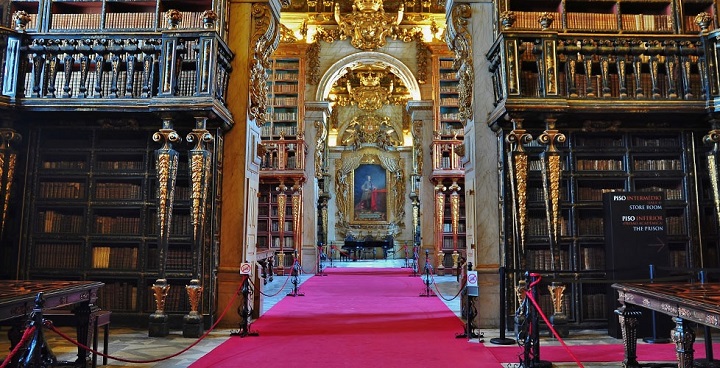 And we keep talking to university buildings, but this time we moved to Portugal, where he is the General Library of the University of Coimbra, which can boast of having one of the most valuable library collections of the continent. Founded in the 13th century by King Dinis, it consists of two buildings, one of which has been declared a National Monument of Portugal for its architectural and decorative richness. We refer to the Joanina Library.

Another library that cannot be missing from the list is that of George Peabody, built at the end of the 19th century in Baltimore, United States. Today it belongs to Johns Hopkins University, although it was founded thanks to the initiative of philanthropist George Peabody . The main collection has 300,000 books, although what is most striking is its exquisite decoration. 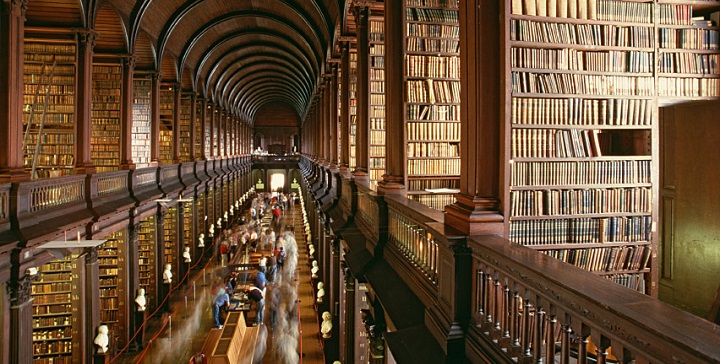 Nor can we forget the Library of Trinity College Dublin, which is the oldest university in Ireland. It has the largest collection of books and manuscripts in the entire country. In fact, since 1801 he has received a copy of all the works published in Great Britain . In addition to its beautiful shelves full of books, the display case that houses the oldest harp in Ireland, and the Book of Kells, which contains a text of the four gospels written in Latin with ornate calligraphy, is striking. Apparently it was written in the early 9th century.

Library of the Benedictine Monastery of Admont 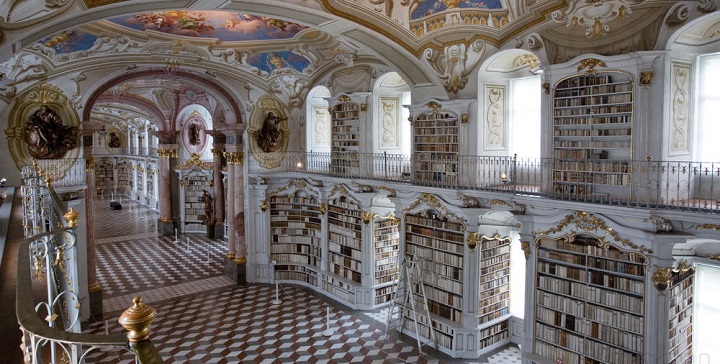 We also want to tell you about the Library of the Monastery of Admont, in Austria, which is the largest monastic library on the planet. Beyond its more than 200,000 volumes, the seven domes decorated with frescoes by Bartolomeo Altomonte stand out. 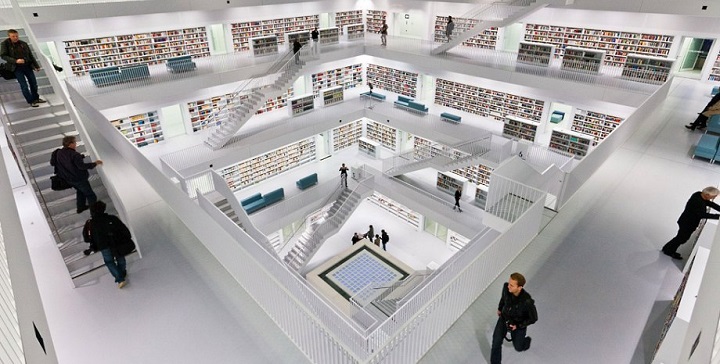 We want to end by telling you about a much more modern library than the previous ones, but just as beautiful. We refer to the Stuttgart Library. And it is that while its exterior has been designed as a castle to protect knowledge, inside the books shine thanks to the natural light and the white color that occupies practically all the space.

We know that we have left many other libraries of immense beauty, but today we cannot expand any more. Therefore, do not hesitate to tell us about other beautiful temples of reading that you know.